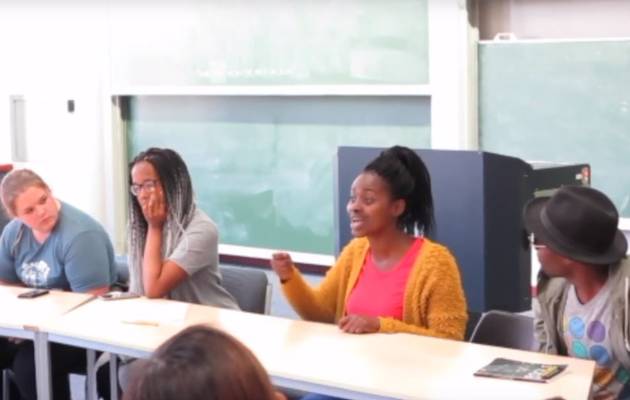 British university students are demanding that philosophers Plato and Kant be scrapped from a syllabus because they are white.

The founding fathers of Western philosophy, the very basis of civilised society, must go, according to students at a prestigious London university. They want Plato, Descartes and Immanuel Kant dropped from the curriculum because they are white, The Telegraph reported.

School of Oriental and African Studies (SOAS)’s student union maintain that “the majority of philosophers on our courses” should be from Africa and Asia.

It is part of wider campaign to “decolonise” the university, they say, to “address the structural and epistemological legacy of colonialism”.

Virtually exactly the same demands were made by black students from Cape Town University last year. A so-called “fallist” has asked students at the University of Cape Town’s science faculty to consider scrapping science as a whole.

At a panel discussion published on YouTube‚ the woman responded to a question about the decolonisation of science. “Science as a whole is a product of western modernity and the whole thing should be scratched off. Especially in Africa‚” she says.

Under proposed British reforms to higher education, the Government wants to place student satisfaction at the heart of a new ranking system, but it critics fear could undermine academic integrity.

Sir Roger Scruton, the philosopher, said the demands suggest “ignorance”. “You can’t rule out a whole area of intellectual endeavour without having investigated it and clearly they haven’t investigated what they mean by white philosophy,” he told The Mail on Sunday.

“If they think there is a colonial context from which Kant’s Critique of Pure Reason arose, I would like to hear it.”

The vice-chancellor of Buckingham University Sir Anthony Seldon added: “There is a real danger political correctness is getting out of control. We need to understand the world as it was and not to rewrite history as some might like it to have been.”

The student union at SOAS, a leading centre for the study of Asia, Africa and the Middle East, states that “decolonising” the university and “confronting the white institution” is one if its priorities for the academic year.

It says that “white philosophers” should be studied only “if required”, adding that their work should be taught solely from a “critical standpoint”. “For example, acknowledging the colonial context in which so-called ‘Enlightenment’ philosophers wrote within,” it says.