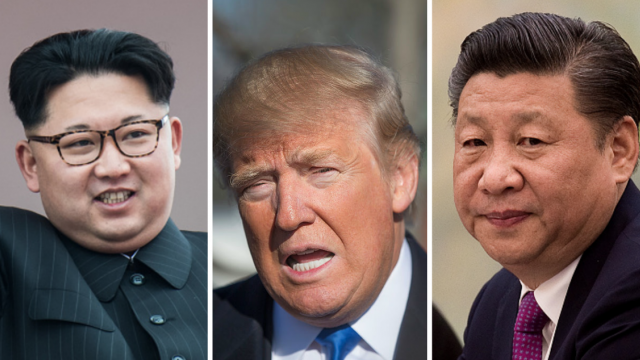 North Korea, US leaders meet in Singapore to start talks

North Korea has entered into diplomatic talks with the United States only months after achieving successful tests on their first ICBMs capable of reaching the eastern seaboard of the US.

The US and the DPRK “will join their efforts to build a lasting and stable peace regime on the Korean Peninsula,” both sides agreed in a signed statement.

Research by Chinese geologists suggests that the mountain above North Korea’s main nuclear test site has collapsed, rendering it unsafe for further testing and posing the danger of leaking radiation.

The findings may shed new light on North Korean President Kim Jong Un’s announcement that his country would cease its testing program ahead of his meeting in Singapore with President Donald Trump.

Nuclear explosions release enormous amounts of heat and energy, and the North’s largest test in September was believed early on to have rendered the Punggye-ri site in northeastern North Korea unstable, scientists at the University of Science and Technology of China told CBS news.

The scientific paper authored by Tian Dongdong, Yao Jiawen and Wen Lianxing, said a series of recent powerful earthquakes, which occurred minutes after the explosion, was “an onsite collapse toward the nuclear test center”.

“In view of the research finding that the North Korea nuclear test site at Mantapsan has collapsed,” the authors said. Their study is peer-reviewed and has been accepted for publication by the journal Geophysical Research Letters.

Trump signed a non-binding letter of intent with North Korea’s leader to implement the dunclearization of North Korea, but several questions have emerged. While the summit is seen as a victory for China which will soon see a lesser US presence in South Korea, there are no mechanisms for enforcing the agreement.

The “denuclearization” commitment by the DPRK is aspirational, and there is no equal commitment from the US side and no time frame. The US will however stop expensive large scale maneuvers in and around Korea, which China and Russia actively supported.

Real talks between North and South Korea will also continue.

An ABC anchor asked how Trump could trust the “brutal dictator” of North Korea. “I do trust him,” Trump responded.