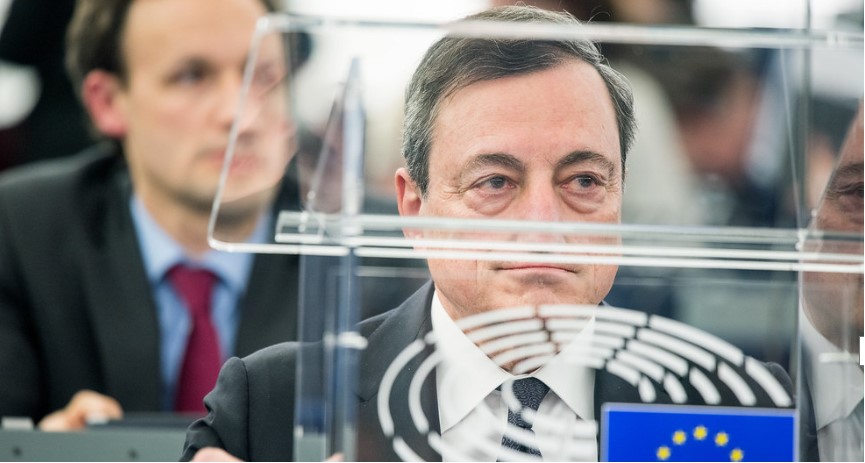 ‘Gold belongs to the Italian people, not bankers’

Italian Deputy Premier and Interior Minister Matteo Salvini said in February that the Bank of Italy's gold reserves are "the property of the Italian people, not of anyone else".

The Italian government was considering using the central bank’s gold to avert a rise in value-added tax that was scheduled to kick in unless alternative sources of budget coverage can be found.

“The ECB shall approve both the operations in foreign reserve assets remaining with the NCBs (national central banks)…and Member States’ transactions with their foreign exchange working balances above a certain threshold,” Draghi told two Italian members of the European Parliament.

“The purpose of this competence is to ensure consistency with the exchange rate and monetary policy of the Union.”

The peculiar timing of his statement drew attention, but no context was provided. The Wall Street Journal has shed light on Draghi’s comments however, warning that Italy’s coalition government will be pushing ahead this week with efforts to seize control of the central bank and its gold reserves.

Hundreds of thousands of small individual investors lost billions of dollars after several Italian banks failed during the banking crisis, both the anti-establishment 5 Star Movement and Salvini’s League believe the central bank is out of touch with the needs of ordinary Italians.

“We need a change of course at the Bank of Italy if we think about what happened in the last years,” Deputy Prime Minister Luigi Di Maio, leader of the 5 Star Movement, said recently.

Five Star and the League maintain that the Bank of Italy did nothing to prevent the banking crises, and blamed it for the losses suffered by small savers who had bought bank shares and bonds.

“If you are here with your current account in the red, it’s because the people who were supposed to control things didn’t do so,” Salvini, told a group of former investors in Banca Popolare di Vicenza, which was liquidated in 2017.

Italian lawmakers from MS5 this week demanded that Parliament pass two draft laws on the matter. One of the laws would instruct the central bank’s owners, most of them private banks, to sell their shares to the Italian Treasury at prices from the 1930s.

The other would declare the Italian people to be the owners of the Bank of Italy’s reserve of 2451.8 metric tons of gold, worth around $102 billion at current rates.

“The gold belongs to the Italians, not to the bankers,” said Giorgia Meloni, leader of the Brothers of Italy, an opposition party that supports both bills. “We are ready to battle everywhere in Italy and to bring Italians to the streets if necessary.”

But central bankers have expressed alarm at the draft laws. “Gold is part of the assets of the Bank of Italy and can’t be used for monetary financing of the Treasury,” said Bank of Italy Governor Ignazio Visco.

The Wall Street Journal highlighted that together the 5 Star Movement and the League – who both support public ownership of the gold reserves – have the backing of 60 percent of lawmakers, more than enough support to pass.

Lawmakers from MS5 even support nationalising the central bank, while the League hasn’t decided yet, leaving the bill short of a majority with around 40 percent support.

Last week a parliamentary commission was set up to look into the failure of Italian banks, launching what could be months of tense scrutiny.

The Italian central bank holds 90.8 billion euros in gold, making it the fourth-largest reserve in the world, reportedly consisting of ingots and coins held in Italy as well as in the UK, US and Switzerland.

Tensions between the bank and government following comments from both Five Star Movement Leader Luigi di Maio and Salvini, have been simmering especially after Salvini said the central bank and Consob, the country’s stock market regulator, should be “reduced to zero.”

Last year, Draghi warned that the independence of central banks was threatened by “populist” governments, but made no a direct reference to Italy.