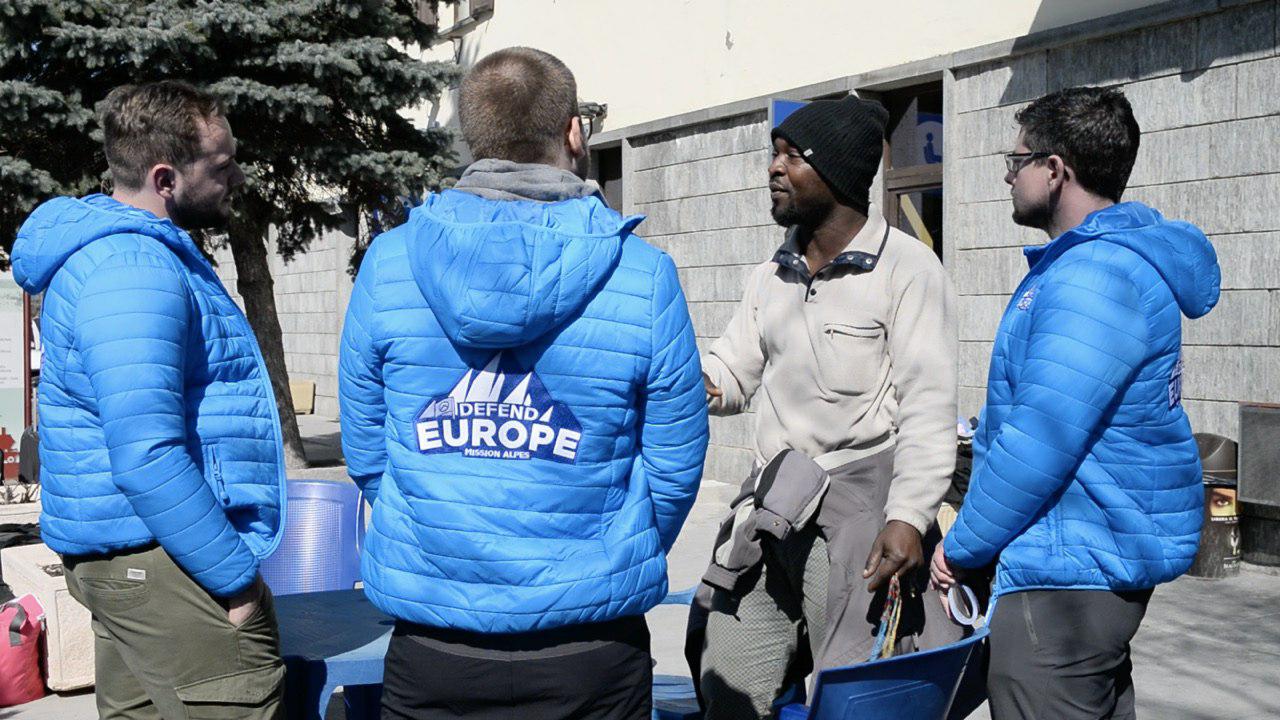 Created in 2012, the Generation Identity movement "calls on youth to raise their heads in the face of the standardization of peoples and cultures" and to block the "tidal wave of massive immigration".

As specialists in media operations, such as the blocking of the mountain pass in the Hautes-Alpes to symbolically prevent the passage of migrants or the premises of the NGO SOS Mediterranean, the movement has been imposing their themes in the public debate.

Identity Generation regularly makes the headlines because of its agit-prop operations, such as the occupation of the Poitiers mosque construction site, the deployment of a banner on the CAF in Bobigny or the “Defend Europe” operation at Col de l’Echelle in the Alps.

In the media, they are readily described as an “extreme right” movement. But they have refused the more or less infamous labels imposed by their enemies.

“We are also wary of university classifications, even if that reassures journalists,”one of the spokespeople told French weekly Valeurs Actuelles.

“We are simply identitarian because we consider that the absolute urgency consists in preserving our identity vis-a-vis the dangers which threaten it. This is the line that we hold and which allows us to bring together young French and Europeans from various horizons since our foundation in 2012.

“At the time, two strong events had marked our entry onto the political scene. First the ‘declaration of war’ addressed to the generation of deconstructors of May 68, which had met with great success and had been translated in several European countries. And then the occupation of the Poitiers mosque.”

Because the observation of the ravages of immigrant settlement is now widely shared, their objective is to constitute a bulwark against the migratory invasion and the erasure of identity and memory. This naturally requires the cessation of mass immigration and Islamization.

“We seek to draw attention to these subjects which we consider to be priority, to raise awareness among our people and bring out political proposals.

The spokesperson explained that the movement should move towards finding solutions. “We see ourselves as an anti-immigration lobby. Our main means of action are the ‘punch’ operations with strong media coverage, which move onlookers.”

Such peaceful operations generally target symbolic places or institutions but can take a wide variety of forms: occupation of buildings, creation of an artificial border in the Alps, chartering of a boat to counter the actions of pro-migrant NGOs in the Mediterranean, etc.

“Added to this is a more discreet but equally effective field work and local establishment to build a real community and pockets of identity resistance.”

Some observers in France have complained that “remigration” would be impossible since a large part of the non-Europeans today are French.

“It is a recurring objection that arises more from emotion than from reason. We must first reverse this postulate imposed by our adversaries: many of these non-Europeans are not French! Do we know for example that the rapper Maître Gims does not have French nationality and that others have never asked for it, precisely for identity reasons?”

The spokesman outlined that remigration will be a gradual process which must begin with the systematic expulsion of illegal immigrants, criminal aliens, jihadists, etc. “It will then no longer be necessary to renew the residence permits of foreigners who do not have French nationality and, at the same time, put in place a battery of incentive measures by removing a whole series of advantages that make France so attractive: social allowances and aids, judicial permissiveness and laxity, tolerance towards the practice of Islam, etc.”

By doing so, the Identitarians believe that many immigrants will then return home of their own free will. “It is therefore necessary to tackle each of these axes, by prohibiting for example the veil in public space, the construction of mosques and the halal, by establishing national preference in all areas.”

He added: “Remigration is the best way to avoid civil war. It must therefore be made desirable. Obama, during his two terms, expelled 1.5 million illegal immigrants from the United States. That didn’t stop him from being considered a progressive president.”