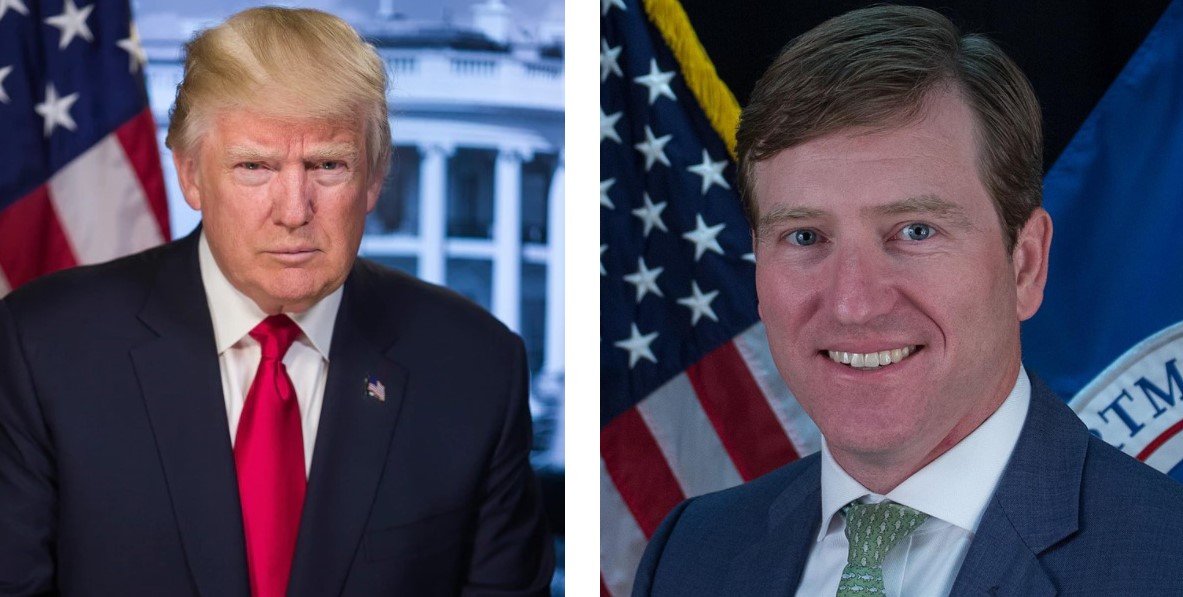 Christopher Krebs, the Department of Homeland Security director was fired by President Trump because he had spearheaded a campaign to counter vital information about voter fraud.

Trump announced the move on Twitter on Tuesday. Krebs had been serving as the Director of the Cybersecurity and Infrastructure Security Agency of the DHS.

According to the President, Krebs was fired because of his “highly inaccurate” statement related to the security breaches during vote counting in the 2020 US presidential election.

“The recent statement by Chris Krebs on the security of the 2020 Election was highly inaccurate, in that there were massive improprieties and fraud – including dead people voting, Poll Watchers not allowed into polling locations, “glitches” in the voting machines which changed votes from Trump to Biden, late voting, and many more”, Trump tweeted. “Therefore, effective immediately, Chris Krebs has been terminated as Director of the Cybersecurity and Infrastructure Security Agency”.

In a follow-up tweet, Trump added that “the only thing secure about our 2020 Election was that it was virtually impenetrable by foreign powers”.

“On that, the Trump Administration takes great credit”, he continued. “Unfortunately, the Radical Left Democrats, Dominion, and others, were perhaps more successful!”.

In response, the Homeland Security Committee said in a statement that Trump’s comments were “baseless claims and conspiracy theories about voter fraud”. They called it “disturbing” and said it was “antidemocratic”.

Thousands of Trump supporters had gathered in Washington DC over the weekend to demonstrate against the election fraud that took place last week in multiple states. After the demonstration, police forced the protesters to exit the area through BLM/Antifa lines, and the black bloc counter-protesters assaulted and knocked down Trump supporters, including families with children.