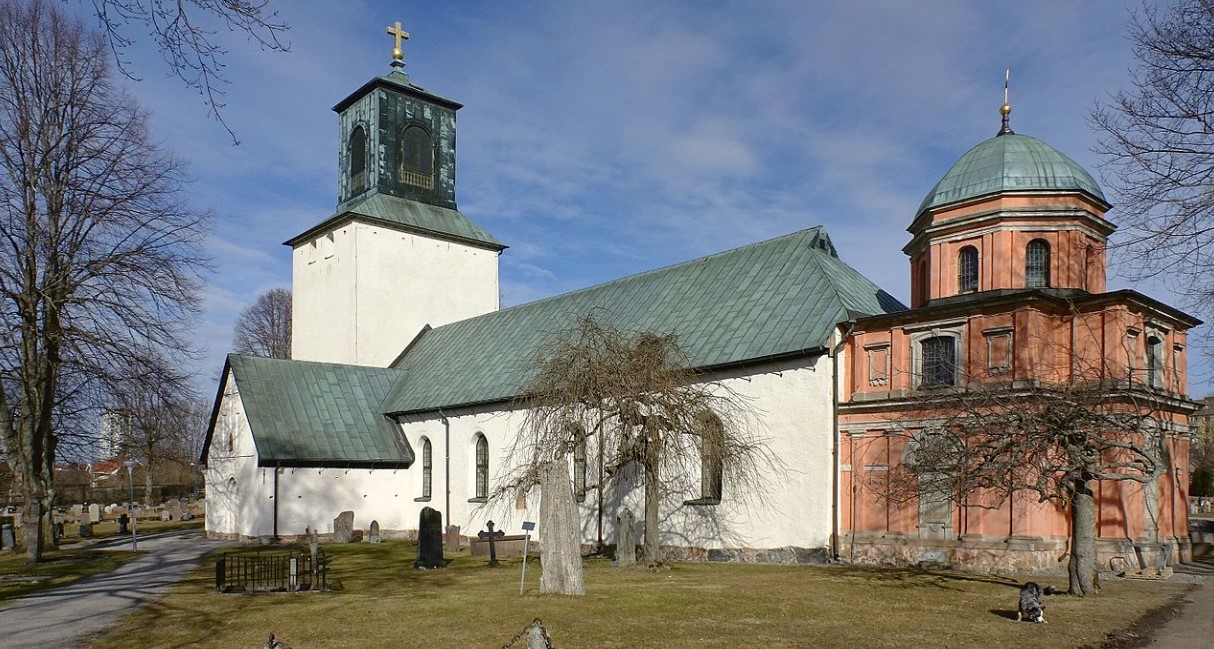 Spånga church with Bondeska gravkoret . The church was built during the second half of the 12th century in the former Spånga parish . The grave chapel was added to the church in the east in 1673. Wikipedia
Stockholm

Attacks on Christian churches in Sweden have so far been underreported in the Swedish media. That is the opinion of the Social Democratic Member of Parliament Anders Österberg in a comment to Swedish weekly Nya Tider. The background to the statement is an interview the parliamentarian did for TV4's news on February 2 due to the attacks on Spånga church. 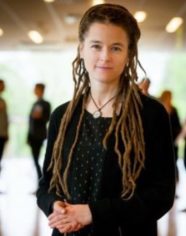 The Swedish Greens Minister of Culture and Democracy Amanda Lind. She has the responsibility for sport and national minorities in the cabinet of Prime Minister Stefan Löfven. She is the daughter of a pastor. Twitter

In the segment from TV4, Österberg indirectly criticized his own government by demanding that the environmentally partisan Minister of Culture and Democracy Amanda Lind condemn the growing hate crimes against Christian churches.

Within just two weeks, Spånga church on Järvafältet, west of Stockholm had been hit by two attacks, and at the same time a large number of graves had been vandalized in Solna cemetery. Spånga church is located between the Muslim-dominated, immigrant-dense suburbs of Rinkeby and Tensta, and since Solna cemetery is not far from there, the police did not rule out that there may be a connection between the events, but without any evidence of this so far.

And even though Muslim congregations in the immediate area at least formally distanced themselves from the attacks on Spånga church, it is a fact that there are many radical Islamists in the Järva area.

The latest attacks on Christian institutions are, however, only one in a series of approximately 820 hate crime attacks with Christophobic motives since 2012 in Sweden. This is shown by figures that the Swedish Crime Prevention Council produced on behalf of TV4.

Anders Österberg, Member of Parliament for the Social Democrats, has publicly and during prime time on TV4’s news, reacted to the latest attacks on Spånga church and the increased number of Christophobic attacks in general. In the news broadcast, he said that the attacks on Spånga church made him both “furious and angry”. This is perhaps not so strange if you consider that he himself lives near Spånga church and is also deeply involved in the parish council life, he later told Nya Tider in an interview on 3 February. 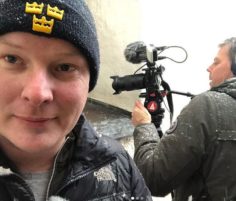 Anders Österberg, Member of Parliament for the Social Democrats, publicly condemned the attacks on the church in the parish in which he serves, despite being a leftist. He even photographed the entrance of the notorious Rinkeby Islamist area and posted it on social media. Photo: Instagram

In TV4’s news broadcast, he demanded that Minister of Culture and Democracy Amanda Lind from the government coalition party Miljöpartiet, go out and condemn the attacks on Christians including the recent attacks on Spånga church. Due to recent events, Österberg had submitted a written question to the Minister of Culture as to whether she condemned the Christophobic attacks.

Calls to condemn hate crimes against Christians often come from politicians and opinion leaders who belong to the more culturally-oriented and conservative parties. What makes Anders Österberg’s statement unique, is that he indirectly criticized his own party. When mosques are attacked, for example, the Social Democrats are usually quick to step forward with vocal and strong condemnation.

Anders Österberg told Nya Tider that he generally believes that attacks on Christians in the world are underreported, but that until now it has been particularly clear in Sweden that this has not been viewed as important enough to be on the agenda, despite the fact that this type of hate crime has increased drastically since about eight years ago. 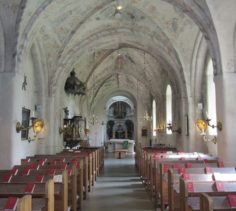 The magnificent interior of the Spånga church almost destroyed in the two latest arson attempts. Wikipedia

“But now maybe we will see a change,” said Anders Österberg. “Now Amanda Lind has condemned the attack on Spånga church and also Prime Minister Stefan Löfven, so it may be changing.”

As a member of parliament for the largest and governing party, Österberg demanded a statement from the Minister of Culture and also asked her for a written question. He said he thought that these crimes had been underreported in the media up till now. His insistence can be seen as an indirect criticism of his own government team.

Nya Tider wanted to know if his act was not a way of saying that the government had not been clear enough in its distancing itself from Christophobic attacks in the past? “It was very important for me to be able to show the congregation here in Spånga that we elected representatives take this seriously.”

Österberg received an answer from the Minister of Culture and he said he was satisfied with that. “So far I’m happy. She sees the need to increase protection around Christian churches, but we must continue to keep this issue alive. And Christianity is still the majority religion in Sweden.”

During the interview, he made it clear that he believed that the attacks on Spånga church in recent weeks were not only attacks on religious freedom, but also on Swedish cultural heritage. His response is undeniably unusual to hear from a Social Democrat or anyone else from the left-liberal bloc. Österberg pointed out that the church has stood on Järvafältet since the 12th century.

“Despite all the changes that have taken place through all times here at Järvafältet, Spånga church has still always been there. It represents something eternal… Our Nordic, popular heritage. To give in and destroy the church is to destroy our common heritage.”

Karl Knutsson Bonde, the Swedish king during the years 1448–1457, is buried there.