Dr. Jan Moldenhauer is a member of the AfD state board in Saxony-Anhalt and district chairman of the AfD Magdeburg. In May 2018 he published a study entitled "Japan's policy of zero immigration - a role model for Germany?"

At the federal party conference of the AfD last weekend in Dresden, there were some surprising additions to the AfD election program, including the formulation of an alternative to the current immigration model based on Moldenhauer’s work.

At the event, numerous improvements were made to the federal election program that heightened the national-conservative profile of the party, especially in the area of ​​immigration policy.

In this context, it is particularly interesting to note a motion passed by a large majority, which provided that the immigration policy of the liberal immigration countries Australia and Canada should no longer serve as a model for Germany, but rather the conservative Japanese immigration policy.

This is a paradigm shift in the migration policy orientation of the AfD. The immigration policy of the democratic and successful industrial and export nation Japan is not based on an economy, but on an identity primacy. This political focus means that preserving the identity of the Japanese people is given priority over economic issues. At the same time, economic concerns are taken into account to the extent that Japan can assert itself as one of the most successful economic nations.

Japan shows that national economies or nation states can prosper economically in times of globalization without the nation states of these nations losing their identity as a result of open borders and the associated mass immigration.

The balancing act between ethnic and cultural identity on the one hand and economic prosperity on the other hand is achieved through a bundle of coordinated elements or measures that originate from different policy fields and are combined with one another, including firstly a restrictive and thus resident-friendly asylum and refugee policy, secondly a generous development and refugee aid policy in the affected regions, i.e. locally, thirdly, an immigration policy based on the re-migration of emigrated ethnic Japanese and their descendants, a guest worker program with a consistently enforced obligation to return and a policy of recruiting top workers; fourthly, a family policy that relies on fertility incentives to raise the Japanese birth rate; fifthly, a technology strategy as a strategy to avoid an immigration economic model, which is compatible with the Japanese national character and generates productivity, quality and innovation incentives through a scarce labor supply.

The application at the AfD conference was introduced by Andreas Lichert, member of the Hessian state parliament. The fact that the immigration policy of underpopulated states with huge national territories cannot serve as a model for a densely populated nation state like Germany was a central argument for the introduction. It can also be added that classic liberal immigration countries such as Australia and Canada, unlike Germany, do not have a relatively homogeneous national population, but rather a heterogeneous national population.

Björn Höcke also spoke in favour of the Japanese model. Höcke emphasized that the inclusion of the Japanese immigration model in the election program would give the AfD an important unique selling point in the federal election campaign. In addition, he once again highlighted crucial common features of both countries, i.e. Japan and Germany: dense settlement, demographic crisis, not a classic country of immigration.

Höcke also warned of a “cultural meltdown” in Germany in the event that the country does not opt ​​for the Japanese route, but continues on the Swedish route of foreign infiltration.

With the migration policy paradigm shift that has now been adopted, the AfD has an additional unique selling point compared to the old parties – away from classic liberal immigration countries and towards a model based on an identity primacy. “This unique selling point for one of our core issues should be highlighted and aggressively advertised in the upcoming federal election campaign. That is what the AfD members expect,” said Moldenhauer. 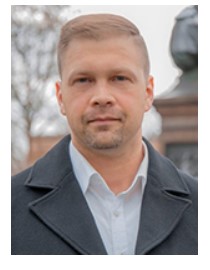 Some three years ago Moldenhauer examined the “Japanese model” in a study for the Institute for State Policy (IfS) and thus gave a new impetus to the debate on the immigration question within the AfD.

“After the study was published, I gave numerous lectures on the Japanese immigration model at various AfD district associations. At the base of the party, the response was consistently positive. For other lectures at the invitation of educational institutions, which were also attended by interested listeners without a membership card, the feedback was just as overwhelmingly positive. The situation is similar with letters from readers of the study.

“Those interested in the subject of “immigration policy” recognized a coherent approach in the Japanese model and were convinced that numerous core components were suitable for readjusting German migration policy.”

After the study was published in May 2018, all members of the AfD parliamentary group received a study copy. In addition, the AfD Bundestag group Saxony-Anhalt gave Moldenhauer the opportunity in September 2018 to present the Japanese model to the numerous members of the Bundestag who were present at a lecture evening in Berlin.

In October 2018, the parliamentary managing director of the AfD parliamentary group, Bernd Baumann, said in a speech in the German Bundestag: “Take a look at Japan. There was no immigration to Japan. They trained their own people better and invested heavily in labour-saving technology. Every second industrial robot today comes from Japan. That was the right way. Today the Japanese have the same problems with falling birth rates as we do. But again they don’t think about immigration because they see clearly that the new technological revolution is beginning right now that will save work – countless workers: the so-called Industry 4.0.

“Of course, you can also prevent a shortage of skilled workers in Germany through better training and technology. But apparently not everyone understands that, least of all the Greens. No wonder, not even the leader of the group has yet got a degree. Isn’t that right, Ms. Göring-Eckardt?”

In February 2019, a new basic program, the Germany Plan, was adopted at the Federal Congress of Young Alternative for Germany. It contains the following passage: “For the reorganization of immigration to Germany, we as a young alternative are calling for an immigration system based on the model of Japan.”

In July 2019 Bjorn Höcke finally called for the transformation of German immigration policy. ‘Dear friends, at this point I want to initiate a programmatic shift in our party. The numbers of illegal immigrants are rising again. […] We have to go the Japanese way. It is the path that I want to go with you in this party. It is the 180 degree turn in German and European immigration policy. It is the only way to achieve a free and self-determined future for us in Europe, and that must be our overriding goal.”

In his speech, Höcke made explicit reference to the study that Moldenhauer had written.

Thus in April 2021, the Japanese immigration concept was included in the AfD federal election program as a model for Germany. After gaining political power, the goal must then be to implement this concept in Germany while taking German specifics into account.