Due to the enormous increase in the number of infections in the Seychelles, Corona measures are being tightened. The current vaccination world champion now has the highest number of new infections daily since the beginning of the Corona crisis. The number of deaths is also increasing enormously. Are vaccines to blame?

The Seychelles are a small island nation in the Indian Ocean and a world leader in terms of population vaccination coverage. Some 62,2 percent of the island’s residents are fully vaccinated, according to a report from Bloomberg. For comparison: in Israel “only” 55,9 percent have been vaccinated twice. Here too, the Corona numbers in connection with the vaccination have exploded.

At the end of April, the island nation reported over 100 new infections a day with a population of almost 100 000, and on May 10 there were 314, according to Worldometer. In terms of population, the Seychelles even surpass India. The sad thing is that the number of deaths has also risen rapidly. From January 1, 2021 until today, there have been 28 Covid deaths, according to the information provided by the platform. The number of active cases increased from 744 on April 30 to 2 486 by May 10. The majority – 84 percent – are the locals. 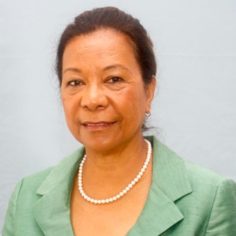 Officially, the dead are of course not attributed to the vaccinations  As Austrian daily Wochenblick reported several times, however, this connection cannot be dismissed out of hand. The mainstream media have not reported on this issue. Tourism or Sinopharm’s Chinese vaccine is blamed for the rise in “infections” in the Seychelles. But Vaxzevria from AstraZeneca was also used there with devastating consequences linked to this dangerous vector vaccine.

Vaxzevria can cause an autoimmune disease. This leads to a reduction in blood platelets, which are primarily responsible for the functioning of wound healing. Life-threatening bleeding and thrombosis can be triggered.

This autoimmune disease is called thrombocytopenia, in which the number of blood platelets (thrombocytes) is massively reduced. The reason for this is that antibodies are formed against the so-called platelet factor 4 (PF4). PF4 occurs when the platelets begin to “clump” together, for example to close damage to a blood vessel or the skin. If this mechanism does not work properly, dangerous bleeding occurs or the platelets clump together and cause thrombosis.

Due to the skyrocketing number of “new infections” or positive PCR tests, the Seychelles Ministry of Health has once again announced massive restrictions on public life. Schools are closed again, events for the next two weeks have been cancelled, large gathering are prohibited and bars have to close earlier.

The government is also silent

“Despite all the extraordinary efforts that we are making, the Covid-19 situation in our country is critical at the moment, with many cases reported daily in the last week,” commented the Minister of Health, Peggy Vidot, on developments on the island at a press conference. There has been no response regarding further written and telephone inquiries to the health officer of the Seychelles, Jude Gedeon, by Bloomberg, reported the agency.