Chesnut warned that the “robust immune response” triggered by the jabs “may come at a lethal cost,” even at a later stage. In reviewing a peer-reviewed scientific study, he noted that the vaccine recipient’s telomeres become inactivated.

The vaccine “turns off transcription of/depletes AUF1 and WRN deleting telomeres,” Chesnut tweeted. “It is a catastrophe. This is what you are now seeing just the beginning of.”

Telomerase is an enzyme in human DNA that regulates aging. The telomeres that encapsulate DNA, shorten over time as humans age. The study in question was published in the Journal of Bacteriology & Parasitology, showing that the vaccine spike proteins have “deleterious effects on telomerase, impairing its synthesis,” Chesnut underscored.

“With this activity inhibited, it takes time for the inevitable immune cell exhaustion to appear. This may be the signature Trojan Horse ‘gift’ of the spike. Whatever short-lived immune response is fool’s gold replacing the ability of the immune system to replenish itself.”

Spike proteins “may be chronically present” in the injected and “continually suppressing telomerase”.

According to Chesnut, “we are basically seeing the effects of chemotherapy with the spike protein. But in a very unique way. Quickly replicating cells are being exhausted. We can now explain the all too common reports of hair loss, for example.”

Vaccine-induced destruction of telomeres, which is associated with Alzheimer’s disease, Parkinson’s, ferroptosis, hypothalamus and autophagy, is happening, Chesnut also tweeted. He said it was possible to delete telomeres with “cells lacking WRN”. It is “a form of cell death you may not know of: Synthetic Lethality,” Chesnut added.

Without telomerase, “key cells in the body are unable to replenish themselves and ‘run out’ well before they should in the course of a normal lifespan,” explained researcher Elizabeth Blackburn. 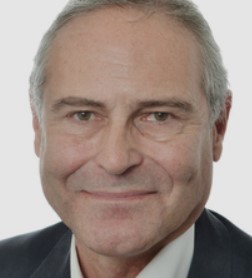 French Professor Christian Perronne says the vaccinated are a problem. Photo: The Conversation

In the same vein, World Health Organization European Advisory Group of Experts in Immunization former Vice President Professor Christian Perronne believes that all vaccinated people pose a greater risk than the unvaccinated. Alluding to the deteriorating situation in Israel and the UK, the infectious disease expert stated: “Vaccinated people should be put in quarantine, and should be isolated from society.”

Perronne specializes in tropical pathologies and emerging infectious diseases. He was chairman of the specialized committee on Communicable diseases of the French High Council of Public Health.

The current working group on the Covid-19 pandemic in France is reported to be “utterly panicked” about this development.

President Donald Trump, an early promoter of jabs, has meanwhile shifted his position on vaccine booster shots. Trump criticized the new phase of vaccine marketing as a money-making scheme by Pfizer during an interview with Fox Business’ Maria Bartiromo. The former US president pointed out that the promises made by the company were empty.

Pfizer has repeatedly called the shots “safe and effective” but the pharmaceutical giant will reportedly not be mandating them for its own employees. Images leaked from a “confidential” Pfizer booklet written by Executive Vice President and Chief Human Resources Officer Payal Betcher revealed that Pfizer will not be following the recommendations of US President Biden to mandate injections for all employees.

Hey, guess which drugmaker does NOT make employees get a Covid vaccine?

And has up to 20 percent of US employees NOT vaccinated?

And is tightening rules but STILL won’t mandate shots?

Hint: it probably made the Covid vaccine you got