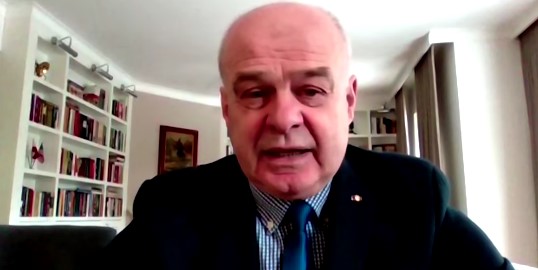 General Waldemar Skrzypczak, former head of the Polish ground forces, has raised eyebrows by calling for Poland to occupy the Russian enclave of Kaliningrad.

However, Kaliningrad (formerly called Königsberg) was never Polish, but German. It became part of the Soviet Union as a postwar settlement at the end of World War II, and was thereafter part of the Russian Federation. The Germans have never demanded it back. In the Final Settlement treaty of 1990, Germany renounced all claims to it.

The enclave of Kaliningrad – which represents one-third of former East Prussia – is s Slavic city today. Germans were driven from the city and the rest of East Prussia was given to Poland. ‎

In the Super Express program, the former commander of the land forces nevertheless argued that the Kaliningrad Oblast was “under Russian occupation since 1945”, adding that this area had never been Russian, and historically belonged to Prussia “and Poland”.

“It might be worth asking for this Kaliningrad Oblast, which, in my opinion, is part of the territory of Poland. We have the right to have a grudge against the area that Russia is occupying,” said General Skrzypczak, adding that Kaliningrad “has no military significance”.

Russian authorities shrugged off the Polish general’s comments. “Such statements do not mean anything. There are many fools. It is not worth paying special attention to their words,” said Andrei Klishas, ​​chairman of the Federation Council Committee for Constitutional Legislation and State Structure.

Konstantin Kosaczow, vice-chairman of the Federation Council (the upper house of the Russian parliament) said, in turn, that “Polish leaders must get to know the history of World War II and their country better”.

The politician, quoted by RIA Novosti, added: “It seems that this general either did not even go to school or completely skipped all history lessons. The brainwashing process has been going on all these years – and here’s the horrible result.”

Kosaczow argued that Western politicians have forgotten about their history and “have no conscience”.

On Saturday, a spokeswoman for the Russian Ministry of Foreign Affairs also commented on Skrzypczak’s words on her Telegram channel suggesting that the comments of the Polish military were mere attention-seeking.