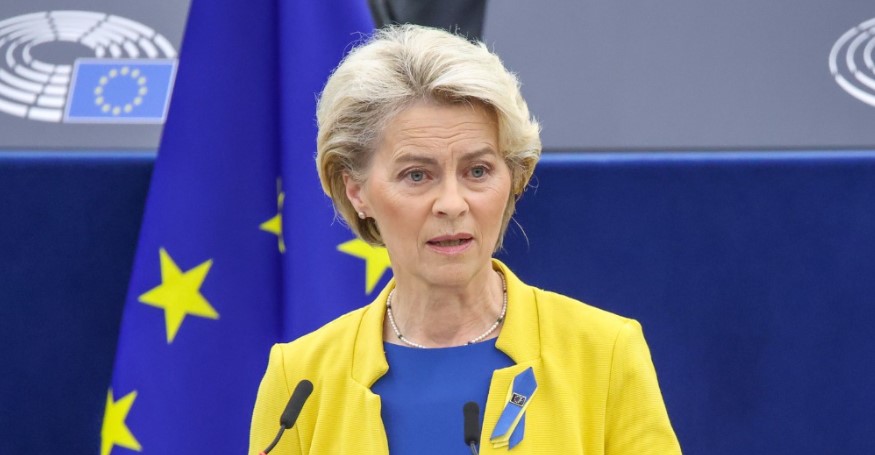 Ursula von der Leyen in Strasbourg: 'But now we need to do more to help bring down energy bills.' After her speech, energy prices spiked. Facebook

After Von der Leyen’s speech, the price of electricity increases by seven percent

It was a well-aimed shot in the foot: After Ursula von der Leyen's speech, the price of electricity spiked... again.

The media and established politicians often dismiss the reality that rising energy prices are primarily a consequence of the EU’s Anglo-centric Ukraine and Russia policy. Facts do not support the claim that Putin is responsible for the rise in energy costs while the EU’s policy decisions have no impact.

Europe’s top politician, head of the Commission Ursula von der Leyen, once again provided a vivid example of this. She gave a flaming perseverance speech in Strasbourg and announced – similar to what Chancellor Scholz (SPD) and Federal Foreign Minister Baerbock (Greens) recently did – that the Europeans would continue to support Ukraine in the long term.

“Putin will fail, Ukraine and Europe will prevail,” declared von der Leyen, who had dressed up in the Ukrainian colors of yellow and blue for her performance in front of the European Parliament. The EU’s punitive measures against Russia are the toughest sanctions the world has ever seen. “This is the price of Putin’s trail of death and destruction.”

For the time being, of course, the price spike is another self-inflicted cost which European consumers will have to brave. Immediately after Van der Leyen’s solemn promises to curtail energy prices, the market reacted and the price of electricity shot up by an unbelievable seven percent.

The Russian leader was in Samarkand when Von der Leyen made her announcement, unaware of her latest suicidal policy announcement.