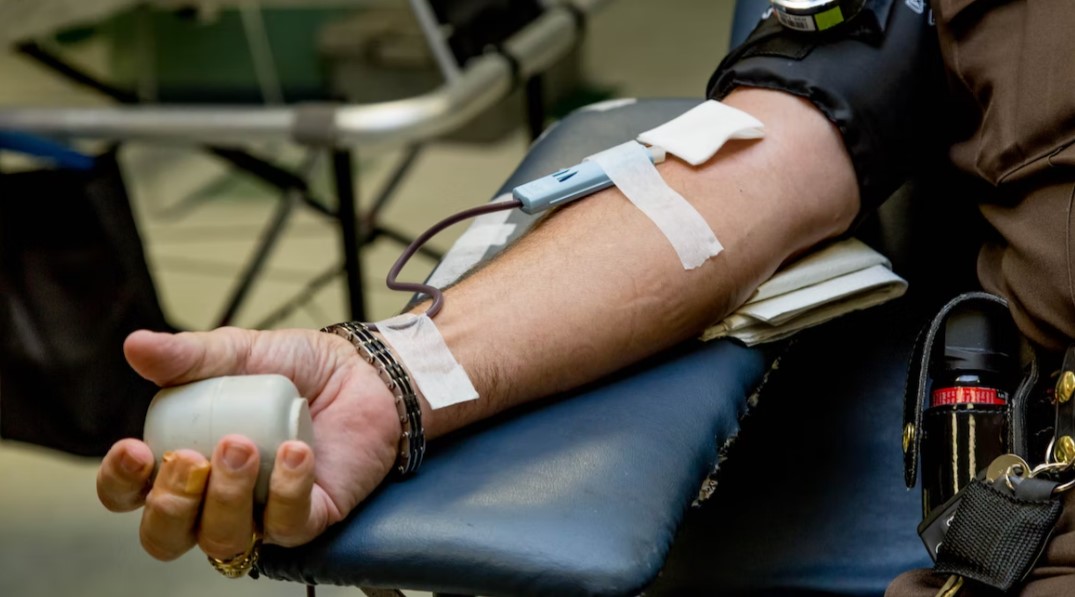 A Swiss naturopath has discovered a gap in the market that is growing every day and is directly related to the Corona vaccination: a growing number of vaccination victims who cannot be cured with conventional therapies want the spike protein that entered the body with the mRNA vaccination, "leaked out" again and they therefore undergo lengthy and expensive blood purification procedures.

George Della Pietra founded the first mRNA-free blood bank in Switzerland and is also establishing it in the US. Because people should be able to freely choose donor blood, he is convinced that this is a human right. He also offers a bank for autologous blood donors.

Della Pietra said the mRNA Covid-19 gene injection substance affected the blood, and he has found abnormalities in it and was at a loss as to how to get rid of these elements. The usual blood purification procedure cannot remove all mRNA components.

One solution could be transfusions with the blood of unvaccinated people.

Through his nonprofit Safe Blood Donation Service, he connects unvaccinated blood donors with their recipients in 65 countries. He wanted to use it to create a network for unvaccinated people to look for a blood donor when they need one – whether it’s for a scheduled surgery or an emergency, he said.

The network will be for unvaccinated people who do not want to “accidentally” come into contact with the problematic mRNA vaccine. He pointed out that people are currently receiving the mRNA vaccine with blood transfusions “more or less through the back door – nobody can avoid that at the moment”.

Safe Blood Donation started working in the US about a month ago, building an infrastructure of medical partners. People currently have no way of rejecting mRNA-vaccinated blood donors.

On the one hand, the hospitals refuse, on the other hand, blood databases and blood collection points, such as the Red Cross, do not distinguish between vaccinated or unvaccinated people. With “Safe Blood” by Della Pietra it’s different. “We bring them together in a clinic (medical partner) where the choice of blood donor is allowed.” The demand is there and will only increase, he said.

He is also convinced that unvaccinated blood supplies will become increasingly scarce and expensive in the future, especially because the WHO aims to centrally determine global health policy regarding pandemics, including the standard use of mRNA vaccines.

Blood banks and biotech companies are offering up to $1 000 a month for blood donations, according to medical website Seed Scientific. If the demand for mRNA-free blood increases, the prices for it are likely to increase enormously. Unvaccinated blood could become a “benchmark” because more and more people doubt the safety of the mRNA gene jabs.

In the US alone there are approximately 16 million blood donation units annually. Of these, about 643 000 are self-donated and the number is increasing every year.

While della Pietra considers mRNA blood to be questionable, the Red Cross, doctors, hospitals and health authorities claim the opposite: transfusions from mRNA donors are unproblematic. Yet, providing proof is another matter altogether, given that donors’ blood is being mixed.

However, one can assume that there are attempts to establish clearly separated blood transfusions, but these are not intended for the public. In any case, drug authorities do not require blood donors to be “marked” as “vaccinated” or “unvaccinated”. That, too, is understandable: it would classify mRNA blood as undesirable.

In any case, Della Pietra has warned against the Covid-19 mRNA injection. It is more dangerous than the pharmaceutical companies want to admit. The growing number of side effects underpins his concerns. Each of the three primary mRNA COVID-19 vaccines contain “spike protein” fragments that dock at the cellular level to provoke an immune response to the virus.

These proteins cause “classic symptoms”, namely blood clots, he believes. Although donated blood and plasma are cleaned before transfusion, this is not enough to remove all mRNA components. That may include not only spike proteins but also from graphene oxide and “undeclared inorganic components in the vaccine that we can see in the blood”.