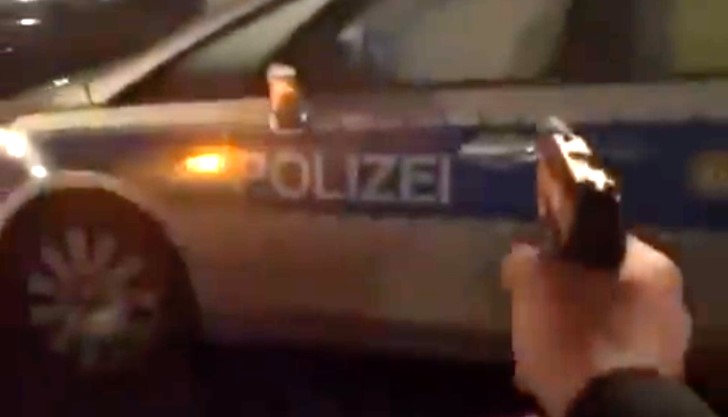 The attackers themselves posted videos of shots being fired at police cars on the Internet. Twitter
Berlin

Real-world satire from the ransacked German capital: The New Year's resolution of police officials in Berlin is to choose a more careful multicultural vocabulary. In a recommendation for "discrimination-sensitive language use", officials are told which terms are "appropriate". This latest farce is from a city which saw extreme violence on New Year's Eve perpetrated by immigrants.

For example, the list which German tabloid Bild was able to see, police officers should say “West-Asian” instead of “from southern countries”. The reason given is that the term is geographically inaccurate and “negatively connoted by the media”.

The justification for not using “Southerner” was in fact particularly bold: the term is allegedly often used by “anti-constitutional media”.

There are other descriptions to be avoided. The term “refugee” is also “controversial” and it should rather be “people seeking protection”. The term “asylum seeker” is also discouraged. Instead, the police officers should use the gendered form “asylum seekers” to pander to politically correct gender expectations. 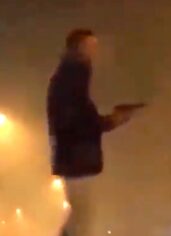 The chairman of the German police union, Rainer Wendt, said he feared a “veiling of reality”.

“In Berlin, young men from Turkey, Iraq or Lebanon are often involved in criminal offenses.” If these people are referred to as “West Asians”, this blurs the reality of life. In view of the problems of the Berlin police – clan crime, radical Islamists, climate fanatics, etc, the recommendations of the LKA [The State Criminal Police Office, or Landeskriminalamt, ed.] also seemed “like a mockery of the workforce”.

Member of the Bundestag Christoph de Vries (CDU) explained: “The Berlin police officers deserve trust and political backing instead of a left-green language code.” And: “Nothing gets better if you don’t call things by their names.”

Numerous videos documented the civil war-like scenes that took place in Berlin at the turn of the year. Rioting migrants did not stop at the police and ambulances and even attacked the rescuers themselves.

The escalation on New Year’s Eve in the German capital has been well-documented with Berlin fire engines and police cars shot at and attacked from all sides. Various videos of migrants brandishing guns are also currently going viral on the internet.

One video in particular showed a fire extinguisher being thrown at a fire engine. The occupants were unharmed, but deeply shocked. “It really leaves us speechless to see the amount of violence and destructive force directed against emergency services that were just putting out a fire,” said a spokesman for the Berlin fire department.

The brutal attacks on the fire brigade and police led to a total of 103 arrests. All 98 men and five women are now free again – a spokesman for the Berlin police confirmed this to German magazine Focus. Numerous emergency services and civilians were injured. In addition, unknown persons in individual parts of the city set fire to dozens of cars.

From the point of view of the well-known author and psychologist Ahmad Mansour, the main problem is a lack of integration. “We are dealing with a group that is not integrated, that has not arrived in this society. A group that partially despises and rejects the rule of law,” he told Focus.

Armed migrants and asylum seekers were mainly responsible for the attacks and violence. Attacks on police officers and other emergency services are becoming more and more common in German cities. While Mansour found the right words for the riots, the responsible Interior Minister Nancy Faeser (SPD) has not yet made a statement.

While the media attention was initially focused on the serious riots in Berlin, new reports from all parts of the country show the widespread outbreaks of violence against rescue and security forces.

In the Medinghoven district of Bonn, a mob of people, some of whom were masked, attacked firefighters trying to extinguish a burning barricade, reported WDR.

“The attacks on the emergency services definitely had a new quality,” said a spokesman for the Hamburg fire brigade. “We were shot at very specifically and that’s new.” A representative of the Essen police said something similar. Such incidents had also occurred in the Ruhr area city, in which it was only possible to extinguish the fire under police protection.

Videos in social networks have so far made it clear that, at least on New Year’s Eve, it was mainly migrants in numerous cities and also left-wing extremists – such as in Leipzig-Connewitz – who attacked police officers, firefighters and paramedics.

Despite this, Lower Saxony’s SPD interior minister saw perpetrators who come “from the right-wing extremist milieu”.