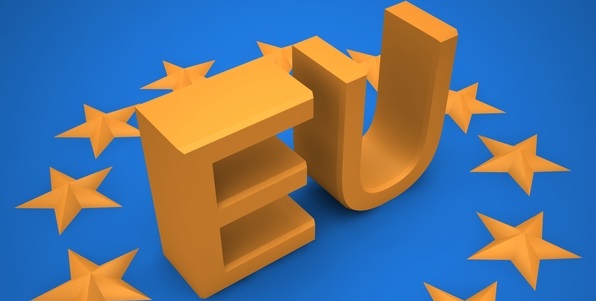 Europe's nationalists hailed Trump's victory on Wednesday as a blow for political elites, out of touch with their voters.

“Politics will never be the same again,” Geert Wilders, leader of the Dutch Freedom Party remarked. “What happened in America can happen in Europe and the Netherlands as well.”

Wilders told Reuters: “We are witnessing the same uprising on both sides of the Atlantic. The Patriotic Spring is sweeping the Western world. People are standing up and liberating themselves.

“Yesterday, the American people made it quite clear that they do not want to follow in Western Europe’s footsteps. They do not want to give their country away. They want to preserve their nation, their freedoms, their prosperity. They felt the time for liberation had come.”

Dutch central bank chief Klaas Knot told international news agency Bloomberg that Trump’s election shows how skeptical many Americans are about globalization. “There are doubts about the advantages that free trade has brought us,” the Telegraaf quoted Knot as saying.

Marine Le Pen’s strength, has rattled the elite as polls show she will win more support than any other politician in the first round of the coming election of 2017. Even if she loses the second round run-off, as polls suggest, her performance is likely to be seen as a watershed moment for Europe’s nationalists.

Le Pen told the media that nothing was “set in stone” anymore and the “political and media elite” could be put in its place.

Smiling, she hailed “a great movement across the world” in which the UK’s vote to leave the European Union, coupled with Trump’s US election victory, heralded the dawn of a new world order.

But the country to watch this year will be Austria as voters go to the polls early next month to decide if Norbert Hofer of the Freedom Party will become the first nationalist head of state to be freely elected in western Europe since 1945.

On the same day as Austrians head for the polls, a constitutional reform referendum could upset the political order in Italy. Prime Minister Renzi has staked his future on the vote.

“An epoch has gone up in flames,” Beppe Grillo, leader of Italy’s 5-Star movement said. “The real demagogues are the press, intellectuals, who are anchored to a world that no longer exists.”

Nationalists are already running governments in Poland and Hungary, and the likelihood of leftists and centrists banding together to keep out the nationalists is diminishing fast.

In Germany, the anti-immigrant Alternative for Germany (AfD), has become a force at the national level, unsettling Chancellor Angela Merkel’s conservatives, who have been punished in a series of regional votes because of her open border enthusiasm.

Merkel is already a diminished figure as her conservative coalition partner, the Bavarian Christian Social Union, has refused to endorse her.

Frauke Petry, AfD leader tweeted “this night changes the USA, Europe and the world!” Petry also said it was disturbing how career journalists and politicians were describing a democratic decision as an “apocalypse”.

The lesson from the Brexit is that parties do not have to be in government to shape the political debate. The anti-EU UK Independence Party has just one seat in the Westminster parliament.

Daniela Schwarzer, director of research at the German Council on Foreign Relations (DGAP), expressed the mounting fear that the elite grip on power could weaken, and soon.

“The broken taboos, the extent of political conflict, the aggression that we’ve seen from Trump, this can widen the scope of what becomes thinkable in our own political culture,” Schwarzer told Deutsche Welle.