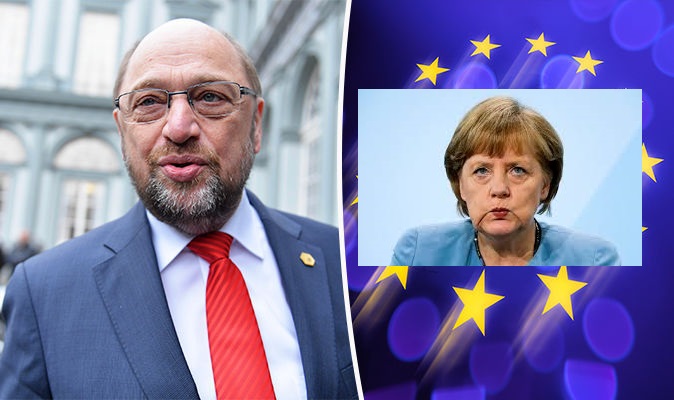 German Chancellor Angela Merkel's popularity is shrinking to a low of 4 percentage points, an opinion poll showed on Sunday.

But while her lead has shrunk, the Emnid poll still shows Merkel beating the Social Democrat to victory with 41 percent to his 38 percent.

Support for Merkel’s CDU and its Bavarian sister party, the CSU, fell 4 points to 33 percent, narrowing the gap between the two coalitions dating from as far back as Sept 2013, poll tracker wahlrecht.de revealed.

“Martin Schulz is managing above all to win back former SPD voters and to appeal to them emotionally,” Emnid’s Torsten Schneider-Haase told the Bild newspaper, adding: “Such a strong shift in party preferences within a week is a one-off.”

The SPD appointed Martin Schulz as leader, just a week ago. Schulz scored 29 percent in the survey published in Bild am Sonntag.

The former European Parliament president will replace Sigmar Gabriel who has said he would stand down in order to boost the party’s chances.

But support for both the Greens and the Linke are falling. The anti-immigration Alternative for Germany (AfD) remains unchanged on 11 percent.