Markus Frohnmaier (AfD) on the Red Square in Moscow
INTERVIEW

AfD youth leader: ‘Russia is no threat to Europe’

Mr. Frohnmaier: Ships unloaded US tanks, self-propelled howitzers and hundreds of other fighting vehicles in the northern German port of Bremerhaven, that are to be moved into Eastern Europe to bolster NATO’s deterrence against “possible Russian aggression” as media reports show. German mainstream politicians and media are welcoming this operation, but you are not. Why?

Frohnmaier: I don’t even agree with the justification of this operation. There is no “possible Russian aggression” against Europe. Moscow didn’t make any move which would justify such a massive military reaction by NATO. The arrival of US war materiel in Europe is a sign of confrontation. This is not in our German national interest – and neither is it in the European interest. Our interest is political and economic cooperation with Moscow – not confrontation.

The West argues that this operation takes place “in response to Russia’s actions in Ukraine, mainly the war in Donbass…”

Frohnmaier: Still, where is the “Russian aggression”? Ukraine was hijacked by the so-called “EuroMaidan” in early 2014. The legal government was overthrown as a result of Western meddling. Crimea had a referendum in March 2014 and joined the Russian Federation through a democratic vote. Donbass demanded more autonomy and independence from Kiev. The response [to this] by Ukraine was war. The people in Donbass were attacked, shelled and killed by Kiev forces – many of these “Ukrainian” fighters were Western criminals  – so-called “volunteers”. I wonder why we never talk about these things when it comes to the Ukrainian conflict. 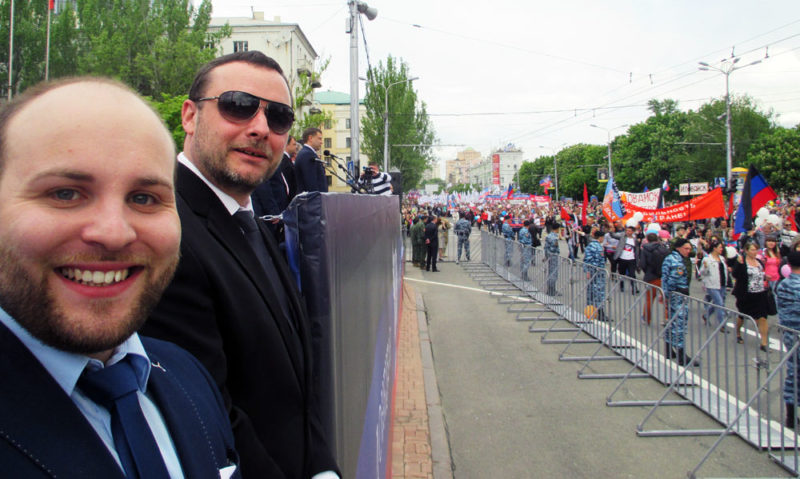 Have you ever been to Donbass yourself?

Frohnmaier: Yes, I had the opportunity to join an international political mission in May 2015 to Donetsk. I saw the damage that war has wrought, the shelled civilian facilities with my own eyes. I wish more European politicians would do that.

What role should Germany play in the Ukrainian conflict?

Frohnmaier: Germany could play a very positive role as an impartial negotiator.

In the AfD party you are one of the main NATO critics while others such as Alexander Gauland or Georg Pazderski support NATO. They say, NATO is needed for European defence structures. Is that wrong?

Frohnmaier: Generally I understand why the older West-German generation harbour such sentiments. Until 1990, NATO to them was the guarantee for safety and peace. But times have changed. Today’s Europe needs its own defense concept, its own strategy – and we shouldn’t forget that Russia is not an opponent but part of Europe. We shouldn’t forget: One of the biggest security challenges for Europe is the ongoing illegal mass migration from North Africa and the Middle East. What role did NATO play in these regions? The clear answer: A totally destructive one. In addition, we have to live with a “NATO partner” Turkey – a country which bears the main responsibility for the war in Syria and supporting terrorism in the region. 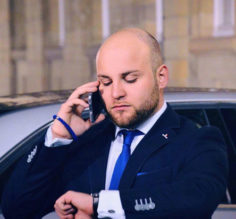 Our pro-NATO chancellor Angela Merkel opened Europe’s borders to illegal migration – criminals and terrorists make use of that opportunity. NATO-Merkel has become the godmother of all human trafficers. None of these problems were caused by Russia but by Washington and NATO. In other words: In my opinion the only motivation for cheering up NATO these days, is nostalgia, but that’s not really in our security interest.

Critics say, Europe wouldn’t be able to organize its defense without US help.

Frohnmaier: This has more to do with a religious credo than with reality.

Will there be a change with US president Donald Trump?

Frohnmaier: Trump has announced many times that he doesn’t have any interest in a confrontation between USA and Russia – very encouraging and good for Europe. An America which concentrates more on itself and less on Europe, an America less meddlesome in other regions of the globe and an America which sees Europe as a partner on an equal footing and not as a geopolitical servant – we all would benefit, Americans, Europeans, Asians, Africans. But we all know: Donald Trump has to be very strong, he has a lot of enemies – not in Russia or Europe, but in Washington, right on his doorstep, and even within the White House administration. But a future sovereignist Europe with patriotic governments would be his partners in such a policy. Right now, he will have his worst European opponent in Berlin with chancellor Angela Merkel.

Frohnmaier: [laughs] As if we need foreign support in Europe! The biggest problem of Brussels and the governments in Paris and Berlin, is not Moscow. In a sarcastic way I could say: The most successful campaigners for the Front National and the AfD today, are Francois Hollande and Angela Merkel. We gain support through their mistakes and faulty policies, daily. The whole “Russia-could-influence-or-hack-elections”-scenario is a mock battle by the old European elites who are horribly afraid to lose their power.