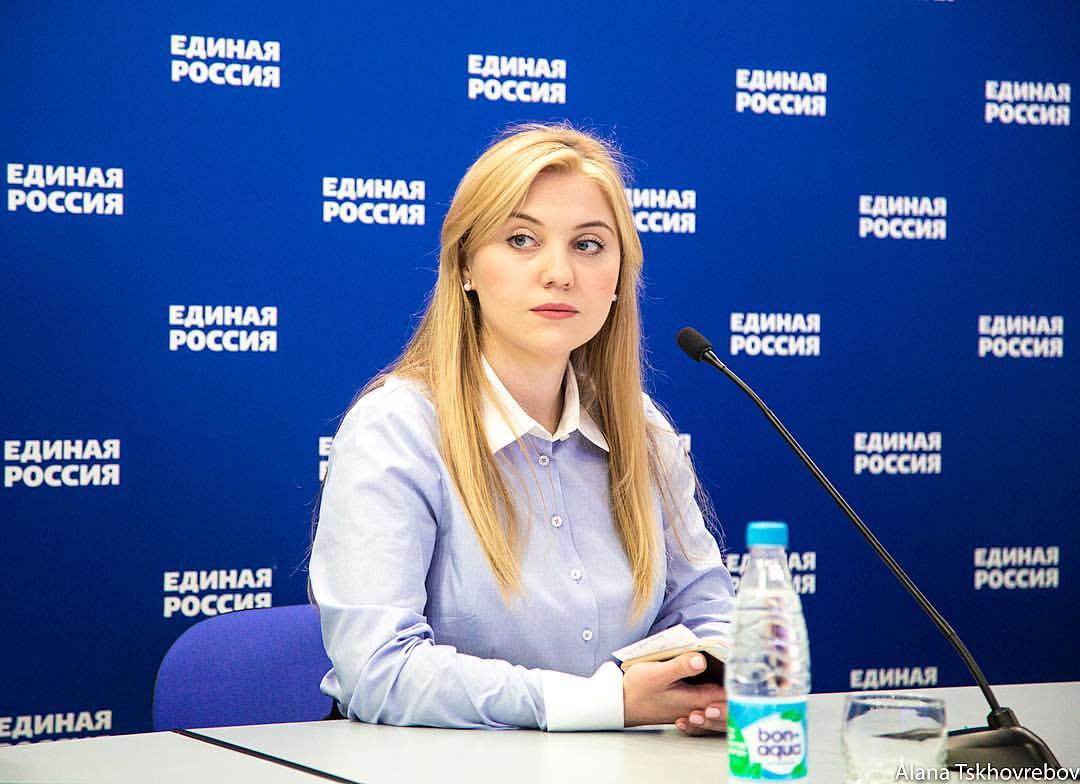 ‘Putin represents a symbol of stability for the people’

Daria Sharova is the International Secretary of the “Molodaja Gwardija” – the “Young Guard” – which is the youth organization of the United Russia party. She spoke with FreeWestMedia about the difficulties and expectations in relations with the European Union.

Mrs. Sharova, you are the international secretary of the “Molodaja Gwardija” (“Young Guard of United Russia”). In times of Western Russophobia, sanctions and hysteria, it doesn’t sound like an easy job at all. How are your relations with European youth organizations?

Sharova: All kinds of international relations in difficult times are not an easy job, but we try to keep our relationships with our friends. And new times bring new people. We have many more new organizations who are against this hysteria and are very close friends of us now.

The majority of the socialist, liberal and conservative parties in the EU are supporting the anti-Russian politics. Are you in contact with their Youth Organizations? And if yes – how are they thinking about the political course of their parties?

Sharova: When we talk about youth politics we have to take into account that our younger generations don’t have the prejudices that we used to have in the past. The conservative and classical liberal parties in Western Europe — most of them — were already active in Soviet times. The path towards their Transatlanticism created tensions with the communist parties in the East and with the Soviet Union too since they were closer to US policies. Nowadays Russia is not communist anymore, and also the youth branches in Western Europe and in the European Union are better able to establish cooperation with us in Russia and in the post-Soviet countries. I know many of my political colleagues who will be attending the next World Festival of Youth and Students in Sochi in October, also coming from time to time to Russia to attend events and such signals are a proof of the new attitude between youth partners. Regarding how they see their own mother parties, there is not a clear position. It depends, since we are talking about almost 50 different European and Eurasian countries, and some Middle East parties. Some are more critical and some others follow the party discipline and positions. From my own experience in our last common events I see a tendency of being more open-minded regarding modern Russia, giving more respect to our institutions and a wish to cooperate on topics such as anti-terrorist policy, trade, mobility, university exchange and cultural engagement.

The present Europe is dealing with a lot of problems — most of them caused by the recent governments: open-borders politics and mass migration, social tensions, financial crises. To many Europeans the Russian Federation and its president seem like a “stable, solid column” compared to the European chaos. How do you think about that?

Sharova: I think it is one of the reasons why president Putin is so popular nowadays. According to the last polls his rating of support is 82,56 percent. If we remember Russia in the 1990s — it was a disaster. There was chaos in all spheres. President Putin represents for the people a symbol of stability within the system. People can plan their lives: marry, have babies, buy property. People can have a future. A future with peace.

Euroskeptic movements are on the rise in Europe. Most of them — beside some exceptions — have a pro-continentalist and pro-Russian political stance. They are against the politics of confrontation with Moscow. How are these Euroskeptic forces seen in Russia generally?

Sharova: The European Union witnesses difficult times nowadays: economic and political crises, Brexit and so on. We see all of this in our media, on the internet, in social networks. And it is also difficult for European society to be separated into different parts. Our minister of foreign offers, Sergey Lavrov, always says that we are open for dialogue. Dialogue is only one way of finding solutions and of finding new common policies. And it is great that we have people in Europe who agree with this way of thinking.

How do you see the Euroskeptic organizations and parties in Europe? Are they rather a risk or a chance for future Russian-European relations?

Sharova: Let’s start saying most of them claim to represent a Eurorealist view of Europe. They believe in a Europe where the Nation-States cooperate with each other on fundamental policies, coordinate their different interests and achieve common goals together like peaceful coexistence, strong security, clear borders and a single market where people can trade freely. There are two different groups in the European Parliament: the ENF led by the French Front National and other patriotic movements from the Netherlands, Germany, Italy and Austria. And another group lea by Nigel Farrage. Such groups are more open to cooperate with Moscow, as the others do with Washington. It doesn’t mean their main policy is to get closer to Russia, but it is an attractive option for many of them. So the chance is there since our historical partners have become less interested in having good relations with us. I think it is only a matter of time before relations with the EU will normalize again. There are symbolic pictures making us more optimistic: Mr. Pedro Agramunt, the Chairman of PACE (Parliamentary Assembly of the Council of Europe) met Mr. Vyacheslav Volodin twice in Moscow in the last months. The same happened with OSCE Chairman Sebastian Kurz, the Minister of Foreign Affairs of Austria, some delegations from the French Parliament and Senate came to have meetings in our parliament as well. Also the former French President Nicolas Sarkozy, current President of the European Commission Jean-Claude Juncker and former PM of Italy Matteo Renzi attended the Saint Petersburg Economic Forum last year, saying dialogue with the Russian Federation is very important. So as we see, there have been positive signals in the last months and we have to also open our arms to those Europeans who want to have good relations with us.