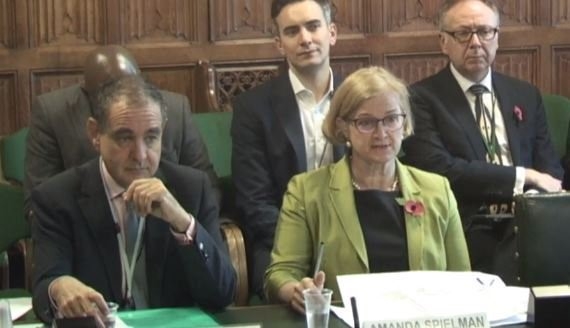 Religious extremists are indoctrinating pupils and undermining British values, according to the Office for Standards in Education, Children's Services and Skills, Ofsted.

The head of Ofsted, Amanda Spielman said: “Ofsted inspectors are increasingly brought into contact with those who want to actively pervert the purpose of education.

“Under the pretext of religious belief, they use education institutions, legal and illegal, to narrow young people’s horizons, to isolate and segregate, and in the worst cases to indoctrinate impressionable minds with extremist ideology.

“Freedom of belief in the private sphere is paramount, but in our schools it is our responsibility to tackle those who actively undermine fundamental British values or equalities law.

“Rather than adopting a passive liberalism, that says ‘anything goes’ for fear of causing offence, school leaders should be promoting a muscular liberalism.

“It means not assuming that the most conservative voices in a particular faith speak for everyone — imagine if people thought the Christian Institute were the sole voice of Anglicanism. And it means schools must not be afraid to call out practices, whatever their justification, that limit young people’s experiences and learning.”

Her warning comes after schools in Bradford made the wearing of the hijab compulsory for girls. A school in East London was moreover forced to back down due to a backlash from hardliners after it called for girls under-8 to not wear the Islamic headscarf.

“Giving way to the loudest voices is the opposite of tolerance,” she said.

The school’s decision to ban the hijab – on the grounds that Islamic teaching did not require girls to wear it until reaching puberty – had provoked fierce criticism from local Muslim councillors and parents.

Spielman said that while many faith schools promote tolerance of religions, lifestyles and cultures, there is a difference between showing tolerance and respect for others and “privileging all belief above criticism”.

“Muscular liberalism, which Spielman invokes in her support of the hijab ban at St Stephen’s school, is code for supremacism,” Merali complained.

“Thursday’s speech [by Spielman] was a statement of intent, a declaration of war, and a pre-emptive justification of the onslaught to come.”

Merali is one of the co-founders of the Islamic Human Rights Commission and co-authored its recent study Environment of Hate: The New Normal for Muslims in the UK .