The congressman involved, Bobby L Rush, as well as the Rockefeller Brothers Fund, not only have a well-timed interest in virus pandemics in common, but are also climate alarmists.

The shocking revelation was made by whistle-blowers John Moynihan and Larry Doyle during a podcast of the Thomas Paine Podcast, run by journalist Mike Moore (not to be confused with left-wing populist political activist and filmmaker Michael Moore). Financial investigators John Moynihan and Larry Doyle became famous after they revealed during a congressional hearing in 2018, the massive tax frauds that the Clinton Foundation had committed.

They testified before Congress, describing in detail how the systematic fraud took place. The Clintons allegedly avoided paying up to $2,5 billion in federal taxes.

This time the two whistle-blowers discovered how Gates Foundation representatives met with US Congressman Bobby L Rush in the Central African country of Rwanda in mid-August 2019 to find out who would be given profitable US government contracts for tracking software. After the Coronavirus became known to the world, Rush came up with a bill to establish a programme for nationwide Coronavirus testing and contact tracing to be run by the US National Public Health Agency Centers for Disease Control and Prevention (CDC).

It was on August 12, 2019 that Rush had traveled to Rwanda for a week with his wife to participate in discussions with the Bill and Melinda Gates Foundation and the Rockefeller Brothers Fund (RBF). 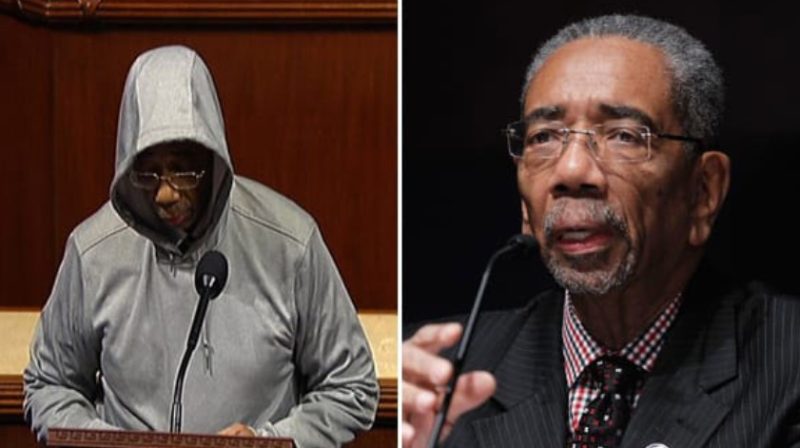 Nine months after this meeting, just as the Corona pandemic hit the United States and large parts of the world were locked down, it was none other than Congressman Rush who on May 1 introduced the congressional proposal HR 6666 COVID-19 Testing, Reaching and Contacting Everyone (TRACE) Act.

In order for it to be implemented, no less than $100 billion of US tax money has been earmarked. This law states, among other things, the ability “to track and monitor the contacts of infected individuals [persons they have been in the vicinity of] and to promote the quarantine for such contacts…”

The Bill and Melinda Gates Foundation is the world’s largest so-called charity in terms of capital assets and has made itself known for being very active globally for all kinds of vaccinations. Bill Gates has said in several interviews that normality would not return if the entire world population cannot be vaccinated with at least two injections each.

The Rockefeller Brothers Fund is an alleged philanthropic foundation created and run by members of the powerful Rockefeller family since it was founded in New York in 1940. RBF has been active in anti-global warming campaigns in which carbon dioxide is portrayed as a deadly threat against humanity. This is despite the fact that Rockefeller in particular has been perhaps the foremost representative of the oil industry. Swedish researcher Jacob Nordangård in his book Rockefeller – A climate-smart history (2019) revealed that they have in fact total control over the climate debate.

The Rockefeller Brothers Fund announced recently that it would increase its annual spending and allocate an additional $48 million over the next five years to address critical “system failures” that underlie both the COVID-19 pandemic and the ongoing racial crisis. The money, approved with the unanimous support of the board, will be used to promote “racial justice”, as well as ways to deal with global climate change and inequality.

The Corona pandemic, which is being lumped together with the climate threat and racism, is thus said to be due to undefined “system errors” that must be rectified.

The system media’s total lack of interest in the sensational revelation raises even more important questions.

Mike Moore writes under the pseudonym “Thomas Paine”. Moore has previously worked for the FBI, DEA (US Federal Police for Drug-Related Crime), the White House, several other investigative and information gathering agencies, and private security companies. He has won the coveted Gerald Loeb Prize for Journalism. As a certified fraud investigator, Moore previously led anti-money laundering operations for the investment bank Citi. He is an expert in secure telecommunications, counter-espionage, HUMINT (personal intelligence gathering) and OSINT (intelligence gathering from open sources). Moore has a low profile and is safety conscious, so he rarely appears in public.

Biden plans to fight Russia to the last Ukrainian

KievPresident Joe Biden is gearing up for a war with Russia over Ukraine. On Wednesday, a group of US Democratic senators introduced a bill that would authorize an additional $500 million in military aid to Ukraine, on top of the $300 million that has been given to Kiev by the 2022 National Defense Authorization Act.

AustinMeta chief Mark Zuckerberg and his counterpart at Google, CEO Sundar Pichai, secretly made a 2018 agreement to split the digital advertising market between the two IT giants, according to recently revealed allegations by senior US government officials.