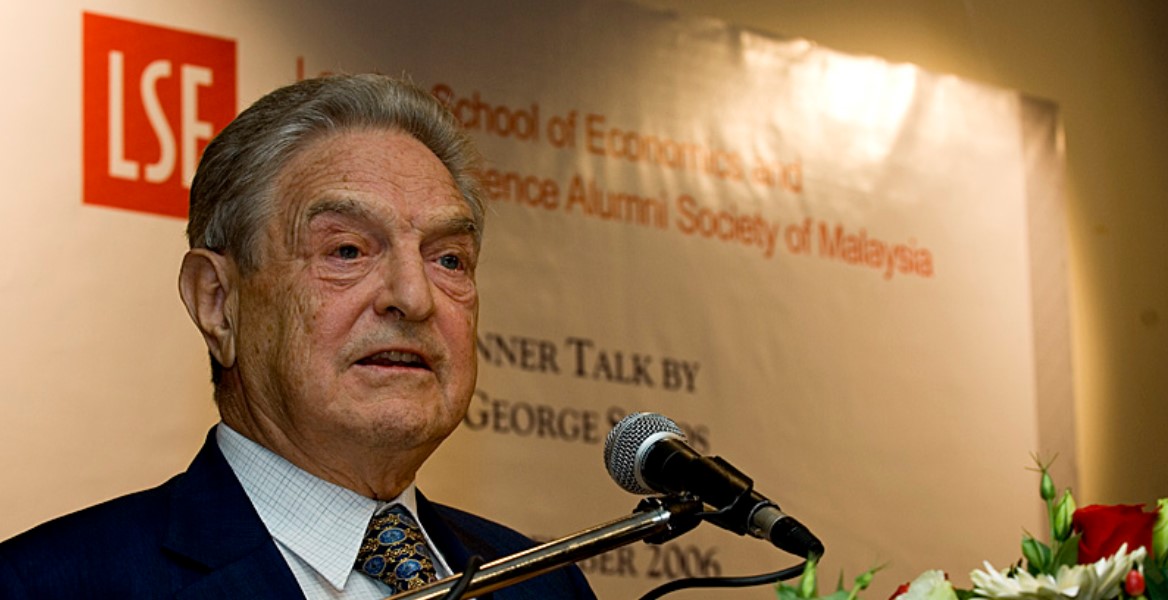 George Soros is funding the litigation against Matteo Salvini. Wikipedia

How the EU and Soros want to put Salvini in jail

On October 3, the trial of the former Italian Interior Minister Matteo Salvini began in Sicily for "kidnapping" because he did not want to let illegal migrants go ashore. The lawsuit is being brought by NGOs funded by the EU and the Open Society Foundations.

In July 2019, the then Italian Interior Minister Matteo Salvini refused to let 116 illegal migrants go ashore from the coast guard ship “Bruno Gregoretti” until other European countries agreed on July 31 to accept the illegals.

For this, Matteo Salivini has been brought to trial in Catania for “deprivation of liberty”, which could mean imprisonment for up to 15 years, although Salvini as a member of parliament actually enjoyed immunity at the time.

His political opponents in the Italian Senate had decided in July 2020 to lift this immunity retrospectively – a dangerous precedent also for other European governments. According to German constitutional lawyer Prof. Dr. Rupert Scholz, Angela Merkel could be charged with significant legal violations of border laws.

According to Italian daily Il Giornale, the responsible public prosecutor in Catania is convinced that “the proceedings are irrelevant”. Convicting an interior minister of “deprivation of liberty” because he wanted to secure the borders of his country would certainly be a novelty in legal history.

Salvini has been confident of victory and was supported in Catania by Giorgia Meloni (Fratelli d’Italia) and Antonio Tajani (Forza Italia). A majority of Italians support Salvini’s immigration policy, according to Lorenzo Pregliasco from YouTrend.

What is never reported however, is that the lawsuit against Salvini is not being brought against him by the migrants involved nor the Sicilian public prosecutor, but primarily by left-wing NGOs that are funded by the EU and the Open Society Foundations of George Soros.

The only “victims” among the 116 migrants who support the lawsuit are the Nigerian couple Jafra and Aishat Saha, because they waited for 20 hours at the port of Catania before they could disembark in Europe.

The lawsuit is actually brought by NGOs affiliated with the left-wing Italian organization ARCI, which runs youth, cultural and community centers across Italy, such as its affiliated environmental NGO Legambiente. Both organizations are close to the left ruling PD party. The President of Legambiente Gianfranco Zanna was previously a member of the Young Communists PCI.

Legambiente is actually an environmental organization, according to the group, but migration also somehow has something to do with the environment.

ARCI (Associazione Ricreativa e Culturale Italiana) has over one million members and, as the core organization of the Italian Left (Sinistra Italiana), is closely linked to the PD and the Open Society network in Italy. ARCI works closely with the Italian NGO “Mediterraneo – Saving Humans” to bring illegal migrants to Europe.

In plain language this means that the case against Matteo Salvini was initiated by NGOs, which are paid by the Open Society and EU taxpayers’ money from the EU budget.

MEP Joachim Kuhs (AfD), the EU budget rapporteur for 2019, said: “A left-wing NGO that is connected to the ruling party is trying to bring an incumbent to court because he wanted to protect the borders of his country, and with funding from the EU and Open Society. It should ring all alarm bells for every democrat and thinking person. When using taxpayers money, the principle of neutrality applies. The EU must immediately end all funding of politically biased NGOs. We will take care of that in the European Parliament.”