Ukrainian MP: ‘We are fighting not only for Ukraine, but also for the New World Order’

Ukrainian MP Kira Roedik of the liberal and pro-European party Holos said on Fox News on Sunday that she and her team were staying behind in Kiev to "fight". The president of her country made similar promises, but has not been keeping them.

“We are part of the resistance. We are armed. We are ready to fight,” Roedik declared.

A few days ago, the MP posted a photo in which she poses with a Kalashnikov. She wrote that she was learning how to use a Kalashnikov and was preparing to take up arms. The post was liked more than 300 000 times, quite possibly by the very active Ukrainian bot army.

Ukrainian MP says she’s fighting not just for the Ukraine but for the New World Order. Let that sink in…. pic.twitter.com/UK1oKvHRep

Earlier this month, Roedik had to admit that a criminal case was pending against her party, Holos, for nefarious economic activities.

Late last year, Bolivian former president Evo Morales said during a roundtable discussion on cooperation between Russia and South American countries that “the policy of the New World Order is aimed at thinning out the ‘superfluous population'”.

The “superfluous population” refers to the elderly and people with disabilities. In some cases, poor and simple people are also seen as a problem for capitalism, Morales said.

Meanwhile, thanks to his recent Hollywood visitors, Ukraine’s top politician has had a PR makeover to cast him in the role of a “caring individual” as he arms and releases prisoners. Last week he was still a homosexual dancer in high heels and latex but for his make-over this week Vladimir Zelensky became a “war hero”. In an expressly “leaked” phone call he “bravely” turned down the US offer of an airlift to safety. 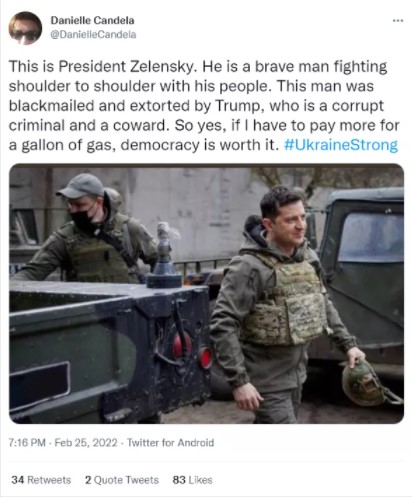 On Twitter, a multitude of photographs suddenly turned up to celebrate his toughness and military commitment except that the photos were all almost a year old, taken when he visited the troops last April with zero risk. According to some sources, Zelensky is currently hiding in a bunker in Lviv. He refused even to appear for peace negotiations with Russia on Monday. 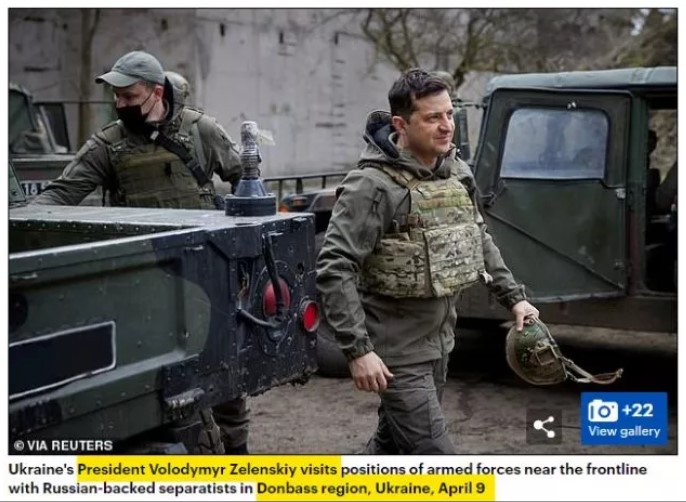