Tough announcements by two European armies were made recently. "For credible deterrence, we need both the means and the political will to implement nuclear deterrence if necessary," said German Air Force Chief Ingo Gerhartz (56) on Friday at the Kiel International Seapowers Symposium.

In plain language: If necessary, NATO countries must be prepared to use nuclear weapons against Russia.

The German government wants to equip its Air Force with the US F-35 stealth jet. Referring to a possible Russian attack, he also said clearly: “Putin, don’t mess with us!” Because: “By 2030, the Europeans will have over 600 modern fighter jets in the Baltic Sea region. Then there are the American planes.” 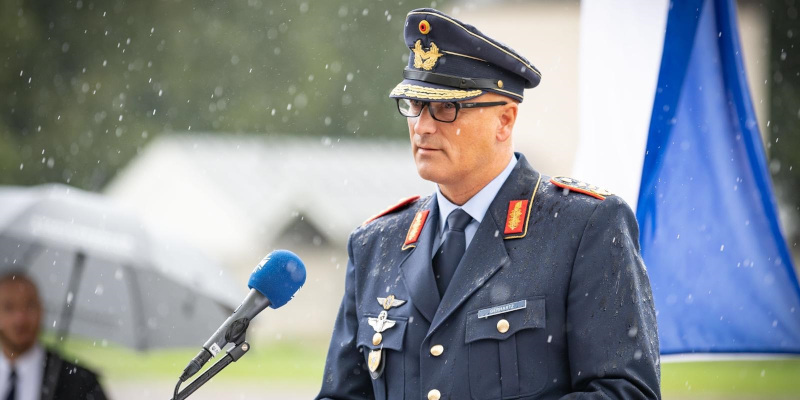 Appeals from Great Britain to get ready for combat were also heard. The kingdom may have to intervene again on the continent, as it did in the First and Second World Wars. “We are the generation that needs to prepare the army to fight again in Europe,” said Sir Patrick Sanders, 56, Britain’s new supreme army commander, according to The Sun.

Accordingly, Sanders has used his debut in his role as chief of staff to send a message to all his soldiers. And it was tough, because the phrase “to fight in Europe again” is a clear allusion to the Second World War. Sanders did not mention Brexit – that the UK voted to leave the EU. It is not clear why Sanders would want to defend a continent his country no longer wishes to be a part of.

The self-inflicted bloodbath in Ukraine in failing to adhere to the Minsk agreements, is shaking the world order. Is World War III imminent? It is not intended to come to that, but according to Sanders, “there is now an urgent need to forge an army capable of fighting alongside our allies and defeating Russia in battle.”

German military analyst Maximilian Terhalle (46), currently a visiting professor at the London School of Economics, warned that NATO countries must now show that they are prepared to stand up to Russia militarily: “Once again, the West, led by the USA, to flaunt its superiority in no uncertain terms.”

Terhalle advocated a robust stance in the conflict with Russia. Nuclear weapons play a crucial role in this. Only those who are willing to use nuclear weapons in an emergency can effectively fight back, according to Terhalle.

Dmytro Kuleba, Minister of Foreign Affairs of Ukraine, insisted that his country could still win even though Western pundits are starting to doubt that outcome.

“To succeed, however, the United States and its European allies must swiftly supply our country with appropriate numbers of advanced heavy weapons. They must also maintain and increase sanctions against Russia. And, critically, they need to ignore calls for diplomatic settlements that would help Putin before he makes serious concessions,” said Kuleba.

“If we lose, there will not just be no more Ukraine; there will be no prosperity or security in Europe.”

Joining NATO will not solve the problem

The much-touted Article 5 that is supposed to guarantee protection in NATO, does not commit any state to anything. Action is optional and at the discretion of each member.

The Parties agree that an armed attack against one or more of them in
Europe or North America shall be considered an attack against them all
and consequently they agree that, if such an armed attack occurs, each
of them, in exercise of the right of individual or collective
self-defence recognised by Article 51 of the Charter of the United
Nations, will assist the Party or Parties so attacked by taking
forthwith, individually and in concert with the other Parties, such
action as it deems necessary, including the use of armed force, to
restore and maintain the security of the North Atlantic area.

If some NATO countries resort to a nuclear attack, all members of the alliance will however face the same danger of annihilation. Such a prospect is not an appealing one.