Climate fanatics demand that we stop driving, fly on holiday, eat meat and completely change our lives. But it's not enough. We must have fewer children and decrease in numbers overall to save the planet, these self-proclaimed world-improvers claim. Otherwise, we are all threatened by overpopulation, despite the fact that in the West and large parts of the world we have a population decrease.

Their demands seem to be met when the number of new-born children has suddenly begun to drop dramatically and alarmingly.

We have all heard about the climate and overpopulation threat. But those who preach this rarely talk about the fact that it is almost only in Africa that there is a very large population growth, while in the West and large parts of the rest of the world there is a de facto population decrease.

We can expect this milestone to be used extensively in the globalists’ propaganda going forward. It is important then that we remember that countries like Japan can barely take care of their many elderly people and that millions of empty houses are now standing and decaying there. Or that rural areas are being depopulated in Sweden and other developed countries, so that in many places it is no longer possible to get even basic services. This despite the fact that the long-term trend of moving to the cities has reversed in many countries.

In Sweden, fertility has slowly fallen from 1.91 children per woman in 2012, to 1.67 children per woman in 2021. Each woman must have 2.1 children on average to keep the population stable. So despite mass immigration for a long time, also of predominantly fertile groups, the net birth rate in Sweden continues to shrink year by year. This is how it looks throughout the Western world. But despite that, we will be forced to change our lives and give birth to fewer children. The propaganda for this and other things that achieve the same result, such as abortion or same-sex relations, is much stronger in the West than in Africa. The globalists’ dream now seems to be coming true. 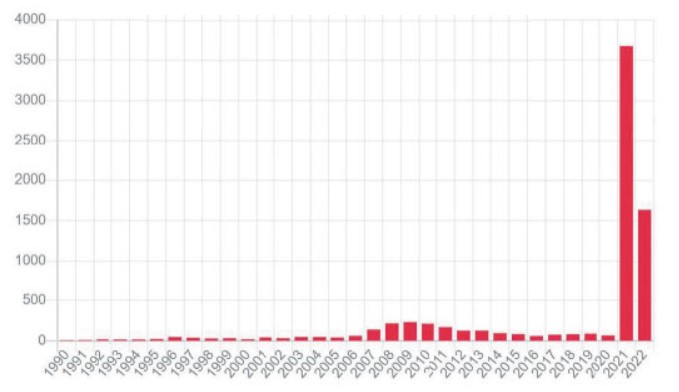 MISCARRIAGE AND STILLBIRTH IN THE US between the years 1990 and 2022 where a reaction to a vaccine is listed as the cause. The increase is dramatic after mass vaccinations for the corona began around the turn of the year 2020-2021. There are fewer this year, because the statistics are lagging. There are also significantly fewer who took booster injections this year than those who received the first two doses in 2021, something some believe could possibly come into play. Systematic underreporting also means that there are usually at least 100 times more cases in reality. Source & graphics: OpenVAERS

Sweden’s low birth rate, which had a stable downward trend over time, has suddenly collapsed this year. In Stockholm, the number of births has decreased by 14 percent in the first quarter of 2022, compared to 2021. And it’s not just in Stockholm, fertility has dropped all over Sweden.

– It is a drastic and remarkable reduction beyond the ordinary. We have never seen anything like this before, that the bottom completely disappears in just one quarter, Gunnar Andersson, professor of demography at Stockholm University, told Dagens Nyheter in July.

On 28 October, Åland’s Statistics and Investigations Agency presented a report called “Population movements in the third quarter of 2022”. Already in the subtitle we can read that “Fewer births and more deaths have reduced this year’s population growth”. From the statistics we can then deduce that the number of births has decreased by 15.6 percent compared to the same time last year and that 13.3 percent more have died.

It looks similar or worse across Europe and large parts of the world. In the Netherlands and Germany, for example, the negative figures for the number of births this year are 11 and 12 percent, respectively. Taiwan saw an alarming 27.7 percent drop – over a quarter – in birth rates for the month of June this year. At the beginning of October, Taiwan’s Ministry of the Interior released statistics for the month of September, where it appeared that the country’s population decreased by 1 percent since September 2021. It is almost a doubling compared to the previous year, September 2020 to September 2021.

Newly released data from the Australian Bureau of Statistics ABS shows that from October to November 2021 there was a 21 per cent drop in the number of births compared to the ten-year average. From November to December 2021, just one month later, the figure was a frightening 63 percent. The information is said to be preliminary and may therefore be revised, but it nevertheless shows that something is not right. The December figure also coincides with the fact that approximately nine months have passed, the time for a pregnancy, since the corona vaccine was given on a larger scale in Australia. 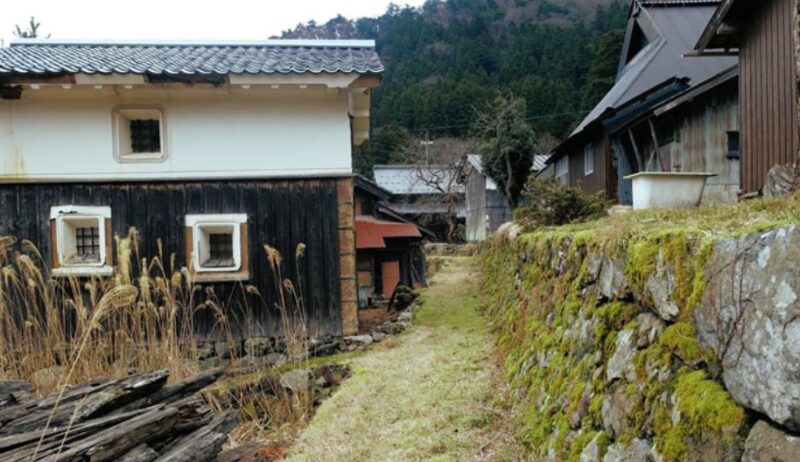 AKIYA is Japanese for uninhabited house and term for a new ghostly phenomenon. Here the village of Kaminegori is seen almost completely abandoned due to an aging and declining population. Hikers today use the abandoned houses for overnight stays and shelter during storms. Japan has 62.4 million houses, of which 8.5 million or 13.6 percent were already empty in 2018. It is not only a rural phenomenon, but in the capital Tokyo today around one in ten homes are abandoned. The Japanese research institute Nomura estimates that every third Japanese home will be empty by 2030. Photo: Heartland JAPAN

A chart (above) is circulating on social media showing the number of miscarriages and stillbirths in the United States between the years 1990 and 2022 where a reaction to vaccines is listed as the cause. This is a dramatic increase over the past two years. Globalist-sponsored “fact checkers” quickly pounced, describing the chart as “misleading.” Reuters’ main argument for it was that it “contradicts the growing evidence that vaccines are safe during pregnancy”, something that goes completely against all the statistics that are starting to come out this year around the world. They then make a point of the graph coming from a “privately run website”, without mentioning that it is about OpenVAERS – a site that takes raw data directly from authority-run VAERS and gives the public the opportunity to use a simplified interface to search otherwise difficult-to-access government statistics.

As final “proof” that the corona vaccine has nothing to do with the dramatic increase in miscarriages and stillbirths, they point out that the data in VAERS is only reported, but not investigated. However, they omit that several research reports over the years – such as the well-known Lazarus report – concluded that “less than 1 percent of all vaccine adverse events are reported”. This means that the already terrifying numbers are at least 100 times higher in reality. However, the reports were made before the alleged pandemic, so it can be assumed that health professionals, after the aggressive vaccine propaganda, are even more reluctant to report suspected vaccine injuries.

If the Corona vaccine is so “safe”, then why is this suddenly happening all over the world? And why is it so important for the establishment and its media to cover up everything that shows that vaccines are harmful, from clear statistics and new reports to scientists and doctors sounding the alarm? Shouldn’t it be natural for the authorities, with demands from massive drives in the media, to investigate what is happening and the bad wit? But the media is not doing its job, and neither are the regulatory agencies that exist solely to protect us from this very thing. If they do not do their duty, the alternative media and the people remain. It is high time to demand answers from politicians and the health establishment, especially those who have pushed for vaccinations – not infrequently in such a way that people felt forced to be inoculated against their will.