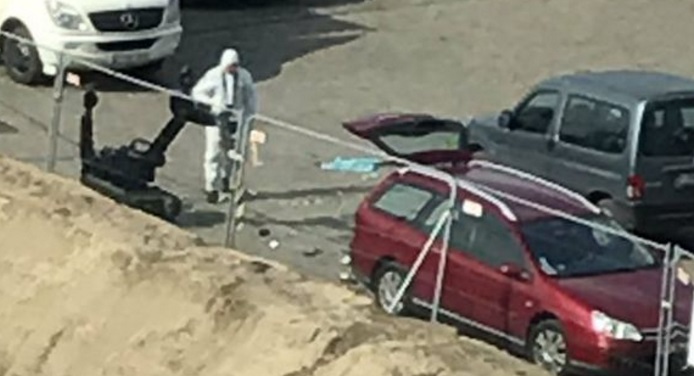 Police arrested a African Muslim in Antwerp in Belgium who tried to rush into shoppers with his vehicle, less than 24 hours after the attack in London.

People had dodged the speeding car not to be killed. It is still unclear whether there were any serious injuries. The man is thought to originate from an North African country.

Police seized knives and a gun in his car. The attack comes a day after a similar attack in London during which four people died and 40 were injured.

The vehicle of the alleged Antwerp attacker was also transporting containers filled with liquid gas.

Terrified pedestrians ran out of the way of the car in The Meir shopping street in Antwerp on Thursday as the vehicle was gathering speed. Witnesses said they had ducked when the driver had stepped on the pedal.

The alleged attacker, who was wearing camouflage clothing, was later arrested by the police, local media reported.

The incident is being investigated as a possible terrorist attack, a federal prosecutor confirmed and added that the suspect was a French national living in France.

Local media said he was a 39-year-old Muslim known as Mohamed R. The French-Tunisian Mohamed R. was also asked by Belgium to leave the country.

A week ago, he was arrested in Rotterdam, in the Netherlands. Dutch newsagency AD.nl reported the arrest on Friday based on information from the Belgian newspaper Het Laatste Nieuws.

He was arrested for unknown reasons in Rotterdam on Friday 17 March. There he received the order to leave the Netherlands, according to AD.nl. He was later questioned at the home of a friend in Hoboken, Belgium on Monday evening.

Police in the Belgian port city said the vehicle was registered in France, and was noticed when it approached the busy Scheldt River area.

But the tough federal entrance exam that requires a knowlegde of Flemish as well as French, have prevented such applicants from passing.

Almost half of Antwerp’s residents have an immigrant background, but only 7 percent of the 2 600-strong police are non-Europeans.

If the pilot program is successful, the authorities said they would implement the program nationwide to “diversify” the police in order to be able to cope with mounting terrorism.

The British police have since released more information about the four victims of the London terrorist attacks, as well as the attacker who was shot dead by police. He was apparently also known by other names.

Police on Thursday announced the attacker’s identity as Khalid Masood, but it came to light that he was born as “Adrian Elms” in Kent in 1964. Eight people, all Asian Muslims, are still in custody in connection with the attack.