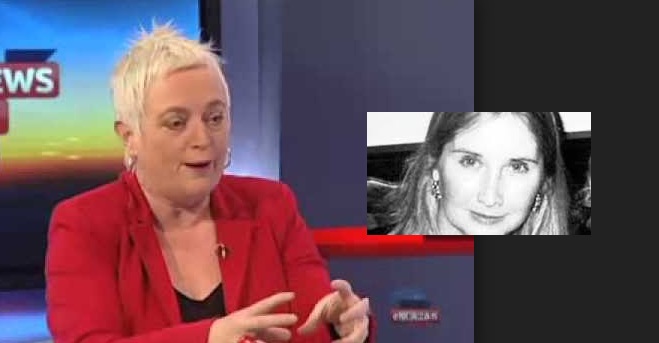 White judge Mabel Jansen, who was facing a disciplinary process over "racist" comments she made about the black rape scourge in South Africa, has resigned with immediate effect, the Ministry of Justice and Correctional Services announced on Thursday.

Jansen was placed on special leave following a social media storm ignited by journalist Gillian Schutte who posted excerpts of private written exchanges with the judge about the well-documented prevalence of rape in black culture.

The posts included comments by Jansen, such as: “In their [black] culture a woman is there to pleasure them. Period. It is seen as an absolute right and a woman’s consent is not required,” as well as “I still have to meet a black girl who was not raped at about 12. I am dead serious.”

Mhaga said the Judicial Service Committee (JSC) was busy processing the complaint when she tendered her resignation. “Her resignation will obviate a protracted disciplinary process,” Mhaga said. Jansen declined to comment.

Jansen, who has an adopted black daughter, had started to follow the extremist SJW (Social Justice Warrior) Schutte on Facebook in 2011. Schutte is married to a black South African. “She [Jansen] loved my ability to speak out fearlessly. She had commended me on my interest in social justice and my integrity,” Schutte claims.

In May 23, 2015 Schutte shared a petition on her Facebook page from concerned white South Africans demanding the EU repatriate them to Europe because of the daily danger they face. As per usual, Schutte attacked whites as unrepentant “racists” for expressing these fears.

Judge Jansen joined in the conversation noting that “99 percent of criminal cases I hear is of black fathers/uncles/brothers raping children as young as five years old. Is this part of your culture? Because then you do not know the truth. And they do it to their own children, sisters, nieces, etc. Is this also attributable to white people-somehow-because we take the blame for everything.

“Fact: black children and women are raped and abused and beaten by black men to an extent that is so sickening one cannot even cope with it. And that is a fact” and “want to read my files: rape, rape, rape, rape of minors by black families? It is never-ending.

“No. I am a judge of the Pretoria High Court. Yes there are many white molesters but our culture has never been that it is perfectly in order. Show me one black woman who has not been molested herself… But culturally that is the viewpoint.

“If I really had to take you on about different black cultures you would not be able to answer my questions. I happen to have studied the subject in depth and also understand most indigenous languages.

“Apparently sex is simply to be had when required. And five years old, by the way, is old. Apparently it is not regarded as rape, but the exertion of a male’s right,” she said.

Since Schutte decided to make public these personal messages that Jansen sent to her a year ago, the judge has been inundated with death threats. She was too scared to leave her house, says her black daughter Lulu Qulu.

“The reality is it [rape] is still a huge problem in townships. I know, I have black friends who have been raped,” Qulu told News24. According to the report by the United Nations Office on Crimes and Drugs for the period 1998–2000, South Africa had already been ranked first for rapes per capita.

But Schutte, fearing that the truth might surface about black culture in South Africa, approached various leftist lawyers for help when nothing came of the initial complaint she lodged with the Judicial Service Commission (JSC) regarding Judge Jansen’s “racist” comments. In Schutte’s attempt to get Jansen fired, she then launched a vituperous media assault against her.

The Economist, a British finance magazine, in March this year revisited the unsettling and never-ending rape scourge of the “multicultural paradise” South Africa, citing from an anonymous survey conducted in 2016 in Diepsloot – a densely population black area north of Johannesburg – where 54 percent of black men, almost three in five black men are no strangers to sexual violence.

Even more problematic findings came out of the study, showing that a large number of rape cases go unreported, and when they are reported, almost nothing is done.

According to the study, of over 500 sexual assault cases reported to the Diepsloot police since 2013, only one case led to a conviction. The Economist estimates that only one in every nine cases of rape is reported to the police. Victims cited that they feared reprisals, felt the police would not be able to solve the crime, and embarrassment as their reasons for not reporting the crime, as the Statistics South Africa “Qualitative research findings on Rape in South Africa” showed in 2000.

Over 1.2 million women and children are raped every year, according to a 1998 estimate from a Cape Town Rape Crisis centre, based on the understanding that only one in 20 rapes are reported.

South Africa’s rape statistics are now double the country’s murder rate at 53.8 cases per 100 000 people in the country, or one person being raped every 13 minutes.

Assuming that The Economist’s estimate that one in every nine cases go unreported, that figure gets even more alarming, to someone being raped every 2 minutes.

Yet the white judge’s comments have gone unheeded, and hundreds of thousands of black women and children face rape almost daily, while white liberal “feminist” SJWs like Gillian Schutte continue their attacks on white “racists”.

“I agree with the position of the radical Black youth of today’s struggle against whiteness. Why should they point out the ‘good whites’ or even be cognizant of the possibility that ‘not all whites are racist’,” Schutte told her followers on Facebook last year.

The activist said the only “race struggle” white people should be engaging in was the obliteration of the whiteness. “The only race struggle whites should engage in is to obliterate the whiteness they are born into … with no expectation of ‘exceptionalism’ or accolades for being a good white. As Noel Ignatiev has written – the point is not to interpret whiteness but to abolish it. Why should the neurosis of whiteness become a black person’s problem?”

Carrie Shelver, an activist with People Opposing Women Abuse, told the Guardian: “Generally there’s a deficit of understanding and commitment to women’s rights by the leadership of this country. It’s simply not on people’s agenda.”

A report published by the white trade union Solidarity noted that one child is raped in South Africa every three minutes, with 88 percent of rapes going unreported. It found that levels of child abuse in South Africa were increasing rapidly, already in 2009.