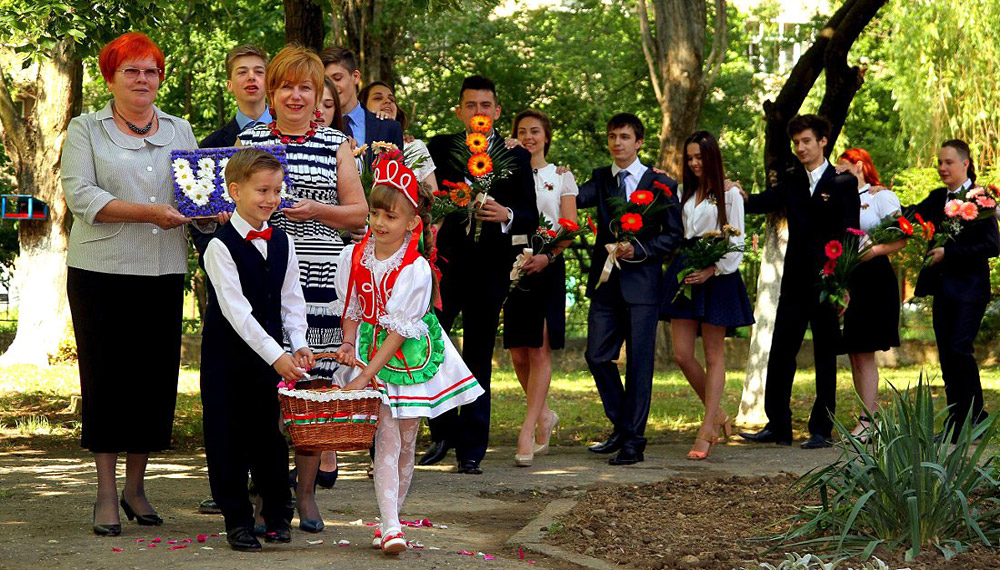 Increasing tensions in Transcarpathia: European politicians urge protection of the rights of national minorities in Ukraine and call for autonomy.

The issue of the freedom of speaking minority languages in Ukraine has been brought up in the Ukrainian press again. Somebody had installed large signs recently in Transcarpathia in the Beregovo (Beregszász) and Vinohradski (Nagyszőlősi) regions near the border to Hungary, promoting the use of the Hungarian language. A debate now rages in Ukraine about autonomy rights for different nationalities – as well as a debate about the federalisation of Ukraine. The Kiev regime has tried to prevent these political moves and views the Hungarian signs as a provocation.

As the Hungarian newspaper Magyar Hírlap already reported in December 2016 and January 2017, groups of deputies of the Verkhovna Rada (Ukrainian parliament) issued new draft language acts. According to the drafts No. 5556 (Ukraine’s law about languages in Ukraine) and No. 5670 (Ukraine’s law about state language) in the parliament, at state events, in official documents of state institutions, in local authorities and at the country’s borders, the Ukrainian language is now mandatory.

Deputies of the Beregovo (Beregszász) regional council turned to President Petro Poroshenko and Prime Minister Volodimir Hroysman, because they perceive these drafts as practically ruling out the use of minority languages or at least significantly complicate their public use. The drafts would mean a serious blow to education too: from kindergarten to university, lectures can only be held in Ukrainian. A minority language such as Hungarian may still be taught at public education institutions, but at universities only as a foreign EU language.

The president of the Transcarpathian Hungarian Cultural Alliance (KMKSZ) told Magyar Hírlap in January that both drafts were aimed at “significantly limiting the language rights of ethnic minorities”. According to the politician, the press has conveyed the outrage, while parliament passes laws which are limiting language rights. He warned that these proposals could cause tension in society. In March 2017, KMKSZ collected 65 000 signatures against the proposals limiting language rights.

As Interfax Ukraine reported in April 2017, the State Secretary of the Ministry of Human Capacities of Hungary, Miklos Soltesz, urged the Ukrainian government not to restrict rights of the Hungarian minority in Ukraine, including the right to dual citizenship.

There is also the question of autonomy. The Hungarian community of Transcarpathia has handed an application to President Poroshenko for the initiation of signing of the agreements on the delimitation of powers according to which the Transcarpathia region should be given autonomy.

The issue of Hungarian autonomy has been causing tensions in Ukraine for quite a while, among other things by the misquoted, or even falsified statements of Hungarian politicians in the Ukrainian press, angering Ukrainian nationalists. The Ukrainian People’s Front deputy Yuri Bereza says that all aspirations to give more competencies to Transcarpathia is a manifestation of separatism. He said that Kiev should act firmly so that no one would ”stray away”. The People’s Front party received over 22 per cent of the popular vote in the 2014 elections.

Ilya Kiva, adviser to the Minister of internal affairs, said things like aspirations for autonomy and the use of minority language, count as separatism, so they should be stopped.

For at least the past three years, the Ukrainian secret service, the SBU, has frequently arrested minority rights activists in the region, in actions which are criticised also by European politicians.

The Hungarians in Ukraine number some 156 600 people, according to the Ukrainian census of 2001, and are the fifth largest national minority in the country. Some 134 825 Romanians and 324 525 Moldovans live in Ukraine as well, of which at least 32 000 in troubled Transcarpathia.

Especially high level politicians from EU countries have taken note of the increasing and severe oppression against national minorities in Ukraine and have called for minority rights and autonomy to be respected.

Austrian MP Hans-Jörg Jenewein from the Freedom Party, who represents the Austrian capital Vienna at the Austrian Federation Council, expressed serious concern about the situation of ethnic and national minorities in Ukraine in an interview with FreeWestMedia:

“There are around 150 000 Hungarians living in Transcarpathia. The policy of the Kiev government of today towards the Hungarians can’t be described as friendly at all. And it would be in the interest of Kiev to secure the rights of the Hungarians – Hungary’s Prime Minister Viktor Orbán is well known to be very consitent when it comes to the defence of the interests of his people.

“Around 400 000 ethnic Romanians also live in Ukraine, of which 180 000 reside in the region around Czernowitz – a former part of “Alt-Österreich”. Northern Bukovina is in fact a region with a Rumanian identity. The peaceful co-existence of different ethnicities and nationalities in the former Danube Monarchy is proof that the current problems in Ukraine are manufactured.

“If the Kiev administration doesn’t come to the conclusion very soon that the problem can only be solved by an honest and equal dialogue and cooperation, secessionist movements may be formed in future which may endanger the existence of the Ukrainian state.” MEP Laurentiu Rebega, leader of the party Forta Nationala and vice-president of the group Europe of Nations and Freedom in the European Parliament.

Romanian MEP Laurentiu Rebega, leader of the party Forta Nationala and vice-president of the group Europe of Nations and Freedom in the European Parliament (with French Front National of Marine Le Pen, German AfD, Italian Lega Nord and Austrian FPÖ), commented as well for FreeWestMedia:

“The rights of ethnic minorities in Ukraine must be observed and maintained, even increased, as we know that ethnic Romanians from that country struggle to preserve their identities, their schools, even their churches. The Romanian language, Romanian culture, Romanian traditions are all under a lot of pressure in Ukraine and if we do not react, there is a risk that soon enough all the ethnic minorities in Ukraine will be assimilated. Ukraine must respect the rights of other communities within their country in the same way that the Ukrainian minority in Romania and in Europe is respected and has all the rights to express and develop itself. In Romania, Ukrainians are represented in parliament, for instance, and their heritage is supported by state funds. We expect Ukraine to do the same for the Romanian population as well!” “The minority issue in Ukraine has always been a problem. Ukrainians are nationalists and, in fact, hardly tolerate any of their minorities and neighbours. They hate the Jews, Ruthenes, Poles, Russians, Romanians, Hungarians. And the Maidan and the subsequent semi-fascist nationalist governments are spreading even more national hatred towards non-Ukrainians as a distraction from their own crimes and especially the gigantic corruption and stealing.

“In the case of Subcarpathian Russia, which is located in the west of today’s Ukraine, it has never been Ukraine. It is a land which historically belonged to Poland, Hungary and later to Czechoslovakia, and predominantly Ruthenians live there.

“From our point of view, it is, of course, unbelievable that the European Union and its leaders are blind and deaf to the untruthfulness of Ukraine. Even more serious than these language laws, are the crimes which the Ukrainian army commits in the east, where they have murdered their own citizens for several years now without interruption.” Markus Frohnmaier, leader of the youth organization of the Alternative für Deutschland

Also Markus Frohnmaier, leader of the youth organization of the Alternative für Deutschland party and candidate for the Bundestag, expressed his concern about the situation of ethnic minorities in Ukraine in an interview with FreeWestmedia:

“Ukraine has the obligation to respect the rights of national and ethnic minorities on its territory. Today, we are concerned about the situation especially of the Hungarian and Romanian minorities in Ukraine, who are suffering under the Kiev language and cultural regime.

“Young Hungarians and Romanians should have the chance to grow up within their own cultural framework and shouldn’t be bothered by the ideas of some crazy Ukrainian so-called ‘nationalists’, who in reality simply hate everyone who isn’t Ukrainian. We will observe very intensively the moves by Kiev and will defend the rights of the minorities in Ukraine on all political levels.”