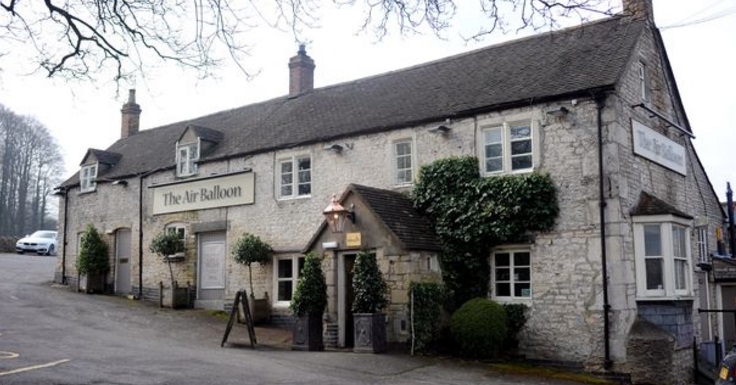 An Algerian "chemist" who was accepted into the United Kingdom in 2001 as a "refugee" repayed his welcoming British hosts by spraying food at supermarkets across the country with his own feces.

Even though chemist Sahnoun Daifallah, 50, was jailed for spraying food with his own excrement, a court has ruled that Daifallah can not be deported.

The Algerian received a nine year sentence, handed down by the Bristol Crown Court in 2009 for contaminating food, wine and books at four businesses in May 2008.

The chemist sprayed a mixture of urine and faeces from a container concealed in his laptop bag on food, edibles and children’s books. He sprayed food at the Air Balloon Pub in Birdlip, books at a Waterstones bookshop in Cirencester and two days later, he sprayed produce at a Tesco in Quedgley and at Morrisons in Abbeydale. Damage to the Morrisons was estimated at £700,000.

Staff at the bookshop noticed the smell but only discovered that a total 706 books were contaminated, most of them in the children’s section, after he had left the store. Daifallah denied possession of material to contaminate goods and having an offensive weapon, namely a catapult with marbles.

A Tesco customer saw Daifallah reach into his bag and produce a jet of foul-smelling fluid over the frozen chips. He then moved on to the wine section where a member of staff saw a fine vapour come out of his bag and on to the wine, leaving brown fluid over the shelves. The store had to be closed for two days while it was cleaned and the cost of the damage came to half a million pounds, the Scotsman reported.

The “highly skilled” immigrant was granted refugee status two years after arriving in Britain in 1999. He has been in immigration custody since February 2013, The Sun reported.

Despite two judicial reviews, he remains in Britain. According to the tabloid, the 54 months he has spent in immigration detention have cost the taxpayer £155,000 already. Daifallah’s estimated legal bills of £100,000, brings the cost to a total of £250,000, MailOnline reported.

Alex Wild, of the Taxpayers Alliance told the British Express: “There are far too many cases like this and the cost cannot be justified when the public finances are in such a dire state.”

Social unrest explodes in the Netherlands after Corona curfew

The HagueSome 240 people were arrested, mostly in Amsterdam, after riots broke out in at least 10 cities across the Netherlands on Sunday evening. On Saturday night was the first curfew in the Netherlands since the end of World War II, and police arrested scores of young foreign men and handed out 3 600 fines for curfew violations.

BrusselsCountries in the EU are theoretically bound to the neutrality obligation in its use of tax revenues: The taxpayer's money must not be used for political purposes. But just as the German government wants to spend 1 billion euros in the next four years on the so-called “fight against the right”, the EU is funding a network of “civil society” NGOs that represent clearly left-wing politics, actively combatting conservative politicians and their parties – Matteo Salvini and Viktor Orban are but two examples.

MiesbachThe most important lesson to be drawn from the Corona crisis appears that it has become a great risk to be a retirement home resident. If one is assigned to such an institution, one invariably gives up basic human rights. At first it was "only" the restrictions on freedom of movement and contact with loved ones that the elderly had to endure, but now it is the Corona vaccination, which one can hardly avoid in these custodial institutions.

GeneveSwitzerland will hold a referendum that could stop the government from imposing lockdown measures. The country has not introduced a lockdown like many other European countries, but has instead - like Sweden - mainly emphasized personal responsibility. In terms of the spread of infection and the number of deaths, it is about the same as in Sweden.