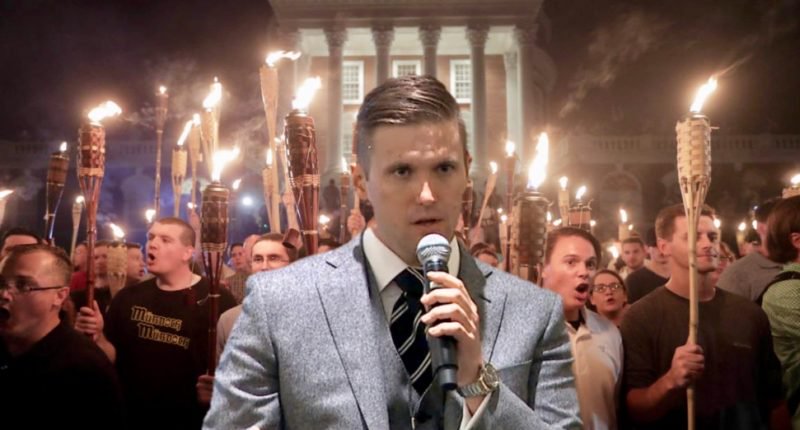 RIchard B. Spencer at the alt-right march on the University of Virginia campus, 11 August 2017. Photo: Twitter.

After months of preparation, one of the biggest patriotic gatherings in recent US history, "Unite the Right" in Charlottesville, Virginia, had to be cancelled as the governor of Virginia declared a state of emergency.

The protest was organised to object to the removal of a statue in honour of Gen. Robert E. Lee, the legendary Southern military leader in the American Civil War, revered in the South to this day. 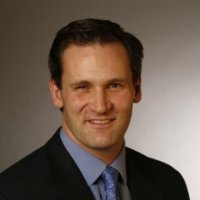 The left-wing municipality of Charlottesville under its mayor, Michael Signer, took the decision in February 2017 to remove the general’s statue because they saw it as a “symbol of racism”. However, opponents of the move sued the city in March and the court case is still going on. In June, the city changed the name of Lee Park where it stands to “Emancipation Park”.

On the eve of the “Unite the Right” gathering, organisers Jason Kessler and Richard Spencer obtained a court order from an American judge allowing the event to go ahead, as the First Amendment on free speech of the American Constitution would require. However, the liberal municipality of Charlottesville where 80% of voters had supported Hillary Clinton in last year’s general election, had other ideas and eventually persuaded Governor Terry McAuliffe to declare a state of emergency. Like Signer, McAuliffe is also a Democrat opposed to the Trump presidency and hostile to the expression of patriotic or conservative ideas.

The event started off peacefully enough with a nocturnal march to Thomas Jefferson’s statue on the campus of the University of Virginia, attended by about 500 alt-right marchers. Torches or “tikki torches” as they are also known in the US, were carried by the participants. The scene was filmed from the air by a drone, footage which was widely circulated on social media.

During this march, about twenty leftist demonstrators arrived but no violent clashes took place. However, a left-wing transgender activist, “Emily” Gorcenski, hysterically bemoaned the lack of anti-right or AntiFa protestors in order to “shut down” the Unite the Right event.

By this time the city was drawing national coverage in the USA, with both the hashtags #UniteTheRight and #Charlottesville trending right at the top on social networks, particularly Twitter. In this way, hundreds of leftists were persuaded to come to Charlottesville to silence the speeches that would be given the next morning by right-wing leaders.

By ten o’clock on Saturday morning 12 August police effectively terminated the free speech rights of the Unite The Right speakers, by disallowing speeches by Richard Spencer of the National Policy Institute, Nathan Damigo of Identity Europa, Swede Daniel Friberg of Arktos Publishing, activist “Baked Alaska” and others, in contravention of the court order or “injunction” obtained the previous day. Organiser and journalist Jason Kessler, expressed his dissatisfaction with this state of affairs on a live Periscope broadcast.

Shortly thereafter, police announced that the meeting in front of Robert E. Lee’s statue was now summarily considered an “unlawful gathering” and participants were ordered to leave Lee Park, or “Emancipation Park” as it has been rebaptised by the municipality of Charlottesville. All attendees had to leave the city centre.

Gatherings were ‘unlawful’ except for the AntiFa and Black Lives Matter

Unlike the right-wing attendees, who had a valid court order from a judge for their meeting, leftist AntiFa protestors had no permit or permission to demonstrate. Yet police stood by, allowing them to take over the streets of Charlottesville and blocking vehicles of Alt-Right attendees who wanted to get out. Even the left-wing British newspaper, The Guardian, remarked in its report on Charlottesville that “the far-right groups were largely compliant, but had to run the gauntlet of counter-protesters as they walked west along Market Street”.

Riot police all over the world know that feuding political groups should be kept apart during demonstrations, in order to avoid clashes and violence. However, as Charlottesville police allowed AntiFa to operate with impunity in attacking departing Alt-Right participants, violence escalated. Richard Spencer tweeted:

How many injuries occurred because of the outrageous actions of the police? https://t.co/41zjGeCyV6

We came in peace. It was the government and antifa that used force against peaceful, lawful demonstrators. https://t.co/6oDkncSFna

The worst incident of the day occurred when a young man, later identified as 20-year old James Alex Fields Jr., of Maumee, Ohio, drove into a section of the street crowd, killing a 32-year old woman and injuring 19 other people. Arrested shortly after the incident in his metallic grey Dodge Charger, he is being held without bail on charges of second-degree murder, three counts of malicious wounding and failing to stop at the scene of an accident that resulted in a death, according to Col. Martin Kumer, superintendent of the Albemarle-Charlottesville Regional Jail, where Fields has been booked.

Kumer would neither confirm nor deny whether Fields’ charges were related to the car crash that killed a 32-year-old woman and injured 19 others.

While condemning the Alt-right visitors to the town, which he blamed for the violence, Virginia Governor Terry McAuliffe refused to comment on AntiFa violence. He was specifically asked the question by Raheem Kassam of Breitbart’s London bureau:

I just asked @GovernorVA if he wanted to condemn antifa as well as neo Nazi groups. He heard. Refused to answer. pic.twitter.com/W7vcH4fSI0

Two Virginia State Police were also killed during the rally when their helicopter crashed, which Associated Press reports was connected to the event as they were keeping watch on demonstrators from the air. State Police said in a statement that the helicopter was “assisting public safety resources with the ongoing situation” when it crashed in a wooded area. The pilot, Lieutenant H. Jay Cullen, 48, of Midlothian, Virginia, and Trooper-Pilot Berke M.M. Bates of Quinton, Virginia, died at the scene.

The organiser of the Unite The Right event in Charlottesville, Jason Kessler, is reportedly planning a similar event in the city of Boston for 19 August 2017.