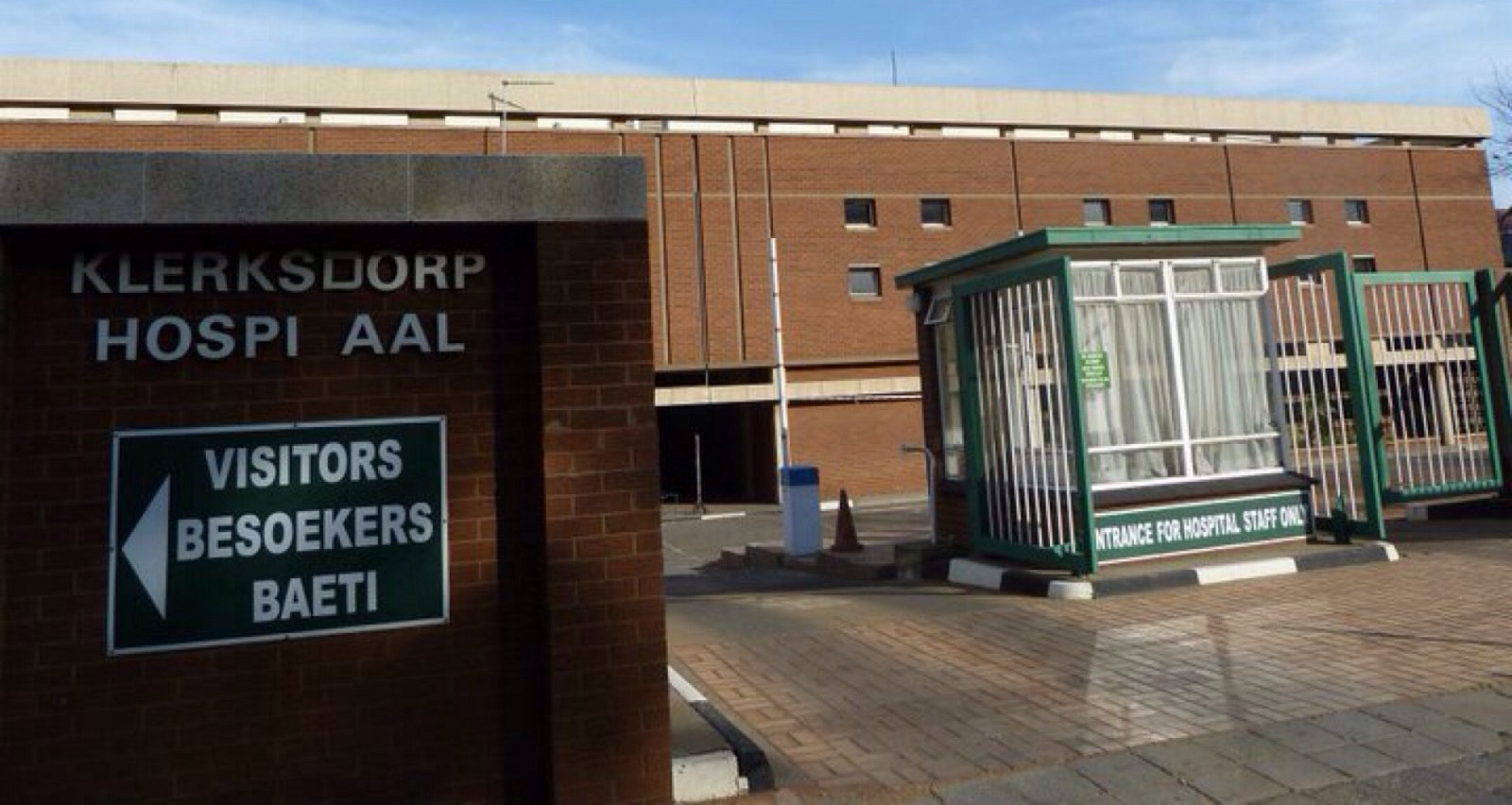 Klerksdorp Hospital, where doctors have been expelled by force by rioting strikers. Photo supplied.

Amid the rioting and carnage plaguing South Africa's Northwest Province, hospitals are now being invaded by strikers who threaten to 'burn doctors alive'.

Rioters in South Africa’s North West Province blocked access to hospitals yesterday and threatened to set doctors on fire who attempted to continue their work.

On Friday morning, rioting strikers blocked access to the Potchefstroom hospital. Doctors who tried to gain access to the building were threatened with being burnt to death, Dr. Ebrahim Veriava, a specialist at the Tshepong Hospital, said.

One doctor took a video of burning tires outside a hospital while another photographed strikers who expelled doctors from the Klerksdorp hospital wards by force.

Klerksdorp is the main hospital in the area which deals with all the most serious disease cases across the province.

The South African National Defense Force is supposed to already have the North West Province “under control”.

The black trade union Nehawu has been busy with a go-slow strike strike in the province since February. The supply of medicines from the main medicine warehouse was initially affected, but now nurses are prevented from working. The trade union is apparently opposed to “corruption in the health sector” and a staff shortage in hospitals.

It is alleged that the number of posts for doctors and nurses has decreased by more than 1000 over the last three years.

The riots in the health sector are linked to the unrest surrounding the provincial prime minister, Supra Mahumapelo, who is accused of large-scale corruption. Mahumapelo is also an ally of the disgraced former South African president, Jacob Zuma.

Veriava, a former head of internal medicine at Wits University, wrote an open letter last week with 70 other doctors asking for intervention in the province as patients are currently suffering as a result of the unrest and chaos.

According to the letter, TB patients do not receive their medication on time because of the scarcity of medicines that can cause TB patients to become drug-resistant, which can spread the disease further. Currently pregnancies are not properly dealt with due to the disorder.

Yusuf Veriava and the other doctors urged the trade union Nehawu not to disrupt the hospitals anymore. They also requested that a task team be set up, as the hospital security services cannot stop rioters from entering hospitals.

An NGO, funded by George Soros’s Open Society Group, Section 27, has condemned the violence in hospitals in a public statement.

The group said: “The violence and disruption of healthcare services is leading to immediate loss of life as patients are denied entry to health facilities and doctors and others are prevented from providing care. Some of the reports we have received include protesters invading theatres‚ threats to the lives of doctors‚ doctors being forcefully removed from hospital wards and entrances to hospitals being blocked off‚ meaning no supplies or drugs can be delivered.”

The organisation which is usually in favour of revolutionary and anti-white action in South Africa, was of the opinion that “such forms of protest [were] grossly irresponsible and morally reprehensible”.

Meanwhile, it is being reported that a political row still rages in the ANC around the dismissal, or not, of the North-West premier Supra Mahumapelo. Over the weekend a “tense meeting” took place on the premises of the Hotel School in Mahikeng, the capital of the province. The ANC delegation was led by the minister in the presidency and former opponent of President Cyril Ramaphosa in the party, Mrs. Nkosazana Dlamini-Zuma. During a three-hour meeting with Mahumapelo they apparently discussed allegations of corruption and tender fraud, as well as Cyril Ramaphosa’s decision to place the provincial health department under administration.

Apparently there is frantic organising by the Zuma faction to prevent Mahumapelo from being fired by the ANC’s national executive committee, which is meeting on Tuesday. “The feeling is that Ramaphosa is dealing with them [his opponents] one by one, so they need to be organised and fight back,” said an ANC leader from within the party.