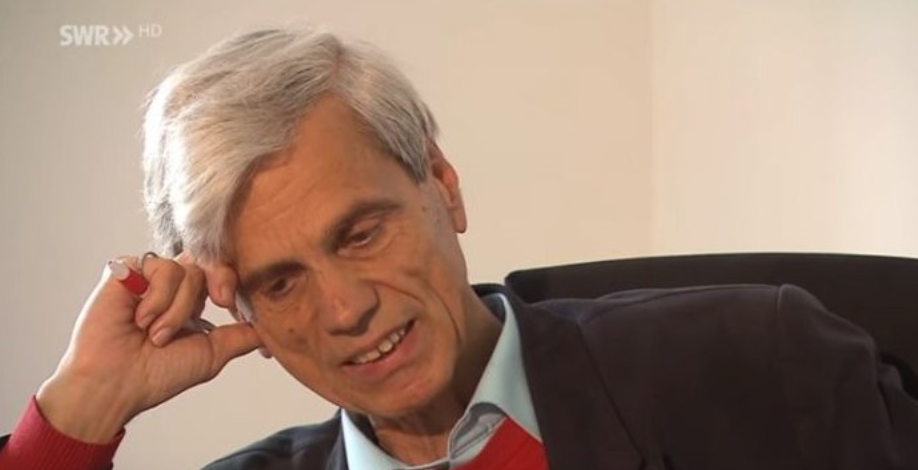 The AfD chairman Jörg Meuthen has strongly condemned the statements by fellow party member Wolfgang Gedeon on the newly founded working group "Jews in the AfD".

“The latest statements by Mr. Gedeon on the foundation of our community of interest ‘Jews in the AfD’ are just another proof that this man has a child’s spirit, and why his views in the AfD are completely isolated and he has no party functions or faction affiliation,” Meuthen told Berlin weekly Junge Freiheit.

It is regrettable that “so far it has not been possible to end his party membership altogether,” Meuthen added.

Retired physician Gedeon has harshly criticised the small Jewish group, the JAfD on Facebook. “In the best case, this foundation is superfluous as an abnormal growth, and in the worst case, it is a Zionist lobby organisation, which runs counter to the interests of Germany and Germans.”

His deputy colleague Stefan Räpple, who unlike the excluded Gedeon is still a member of the AFD parliamentary group in the parliament of Baden-Württemberg, agreed with him. “I fully support the remarks of Mr. Gedeon,” Räpple told German daily Die Welt. The creation of the group is about pursuing new particular interests in the AfD, he said.

He added: “I reject the Zionist ideology, which is the enforcement of Israeli interests on German soil. My concern is with German interests, not Israeli ones.”

Regarding his relationship with Gedeon, the AfD parliamentarian said: “We have a friendly relationship, and I would like to see Wolfgang Gedeon apply for re-admission to the AFD parliamentary group.”

Räpple is now facing criticism from within his own group. “The statement by Stefan Räpple shows again and again his lack of knowledge and sensitivity to the topic of Israel and Jews in Germany,” said the AFD member of parliament Daniel Rottmann.

To call the protection of the Jewish minority in Germany a ‘particular interest’ suggests “that Räpple does not know what he is talking about”.

According to Rottmann, he was also unaware that “Jews in the AfD are not only the best allies in the fight against anti-Semitism, but also against Islamism.”

For himself, Rottmann remains firm in his belief. “As a Christian and Member of Parliament, I expressly welcome the founding of the ‘Jews in the AfD’ Association.” He is convinced “that this founding is a sign that Jews feel at home in the AfD”.

The journalist and AfD politician Nicolaus Fest also focused his criticism on Gedeon. “People who believe in racial theories or Zionist conspiracies” do not belong in the AfD, he said. “It was a mistake by [former leader] Frauke Petry, who did not support the move to exclude Mr. Gedeon from the party, and it was and is also a mistake of all those who supported it then or now.”

Gedeon criticised the association as a “strategic mistake” shortly after the event, while Meuthen sent a greeting in which he praised the “courage” of the Jewish initiators.

AfD member of parliament Petr Bystron emphasized the “historical significance” for the party, and Federal Board member Kuhs spoke of “a real stroke of luck” for the AfD. He said opposition parties could now no longer play “the Nazi game”.

Only a few hours after the official founding Gedeon noted that finally, the small group had provoked an “ever-advancing atomization of the AfD”.

Gedeon stated that “specifically religious associations” in politics “always have the danger of a conflict of interest” between “state/party and religion”. He explained that the AfD had “rightly” adopted a positive attitude to the “true Christian self-understanding of the European continent”.

As early as 2016, Gedeon has had fierce debates in his party because he had called Holocaust deniers “dissidents” and written that “Talmud Judaism” was the “enemy of the Christian West”.

According to the Frankfurter Allgemeine Zeitung, the AFD parliamentary group decided in November 2017 that guests, and thus also Gedeon, can participate in working group meetings of the AFD members. Several faction members therefore remain open to Gedeon’s return to their ranks.