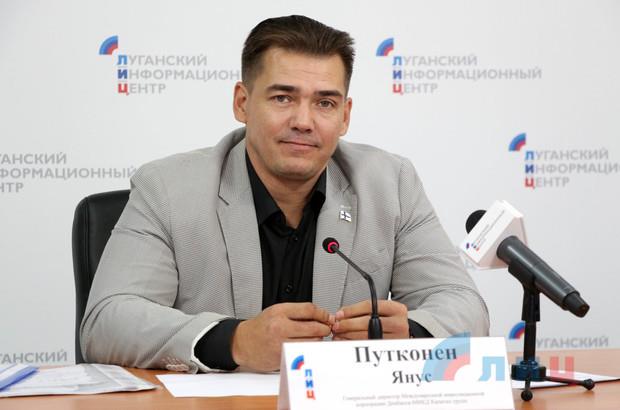 Are the Ukrainian presidential elections “fake”?

The Finnish journalist Janus Putkonen started an international petition to stop the Ukrainian elections. It is unlikely to succeed, but Putkonen is gathering many supporters. So many, that the platform Chance.org “purged” over night 3,000 signatures.

At the end of March, the first round of the presidential elections will take place in Ukraine. An international petition called “Stop Fake Elections in Ukraine!” was launched last week and just in a few days, already over 5,500 people have signed the internet petition.

It is strange however, that while the petition gathered some 8,500 signatures in the first 24 hours after the launch, one day later 3,000 of the signatures had disappeared. The administrators sent a request to the platform Change.org to ask what had happened, but has to this day not gotten any reply.

The western mainstream media is relaying a positive image of the situation in Ukraine and assuring that ”fair and democratic elections” are taking place there, but for many, the narrative of the western news propaganda fails in face of truth and reality.

“You can cheat someone for a while, but you can’t cheat everyone all the time,” says the starter of the popular petition “Stop Fake Elections in Ukraine!”, a finish journalist, Janus Putkonen. “Unfortunately, elections in Ukraine are fake elections”, he says.

The petition in English, calling Ukrainian elections “a fake”, written by Putkonen, was published last Monday. By the end of the first week, the private voluntary action has grown to the international level and the petition has already been translated to seven languages by activists. The message of the petition reads: “We don’t recognize the fake elections in Ukraine”.

”Ultranationalist troops are patrolling the streets of Ukrainian cities. The notorious ‘Azov’ Battalion, which was accused of war crimes, has received an official accreditation to observe the elections. The commander of these election observers announced in public that his troops will not hesitate to use violence, in the name of justice. And at the same time international observers, even members of OSCE, have been denied accreditation”, Putkonen says.

According to the Finnish journalist, every day something new and alarming appears in the mass media about the coming elections. The main problems are related to the overwhelming corruption.

“60 million voting ballots have been printed by the Ukrainian Central Election Commission, but there are only 35 million voters, in contrast with several millions of Ukrainians who were denied their right to vote. So, the question is, how these tens of millions of extra ballots will be used?”, Putkonen asks.

Putkonen says, that there are 39 presidential candidates, but according to the widely known information, most of them are paid to support some of the leading candidates, who are oligarchs or are put forward by oligarch-billionaires. At the same time, poor people are paid to show their support and vote for particular candidates. The organization of paid campaigning is at the top of the election show around Ukraine.

“And who are these leading presidential oligarch-candidates, who own and control the Ukrainian media? They all serve western geopolitical interests, anti-Russian agenda, which is dictated mainly by American globalist agents in occupied Kiev”, Putkonen adds.

It should be noted, that according to the results of a survey of Kiev International Institute of Sociology, 57% of Ukrainians have a good or very good attitude towards Russia, and 77% to the Russians. But none of the presidential candidates represents these major views of Ukrainians. Putkonen says, that the elections in Ukraine are not meant to make any changes to the issue that constitutes the biggest concern of all Ukrainians – the civil war in Donbass.

“Most of the presidential candidates are connected to the Kiev’s ‘war-party’ led by Petro Poroshenko, who is responsible for killing thousands of peaceful people and children in Donbass. As we know, and the international observers and organizations also know, there have never been any Russian armed forces in Donbass. But as the political orders and geopolitical agenda rules still exist, that is why the civil war against the Russian population in Ukraine continues”, Putkonen explains.

The petition demands from the Ukrainian government to make diplomatic efforts in order to resolve the conflict in Donbass in accordance with the signed Minsk Agreements and commitment of all the presidential candidates to it.

“It’s time to stop the bloody civil war in Donbass, which has seriously undermined the stability of Europe. To achieve peace, we must restore democracy and civil rights by creating international pressure to get the necessary changes in the government of Ukraine. For this purpose, Poroshenko and his junta must leave!”, Putkonen concludes.

The Petition can be found here.