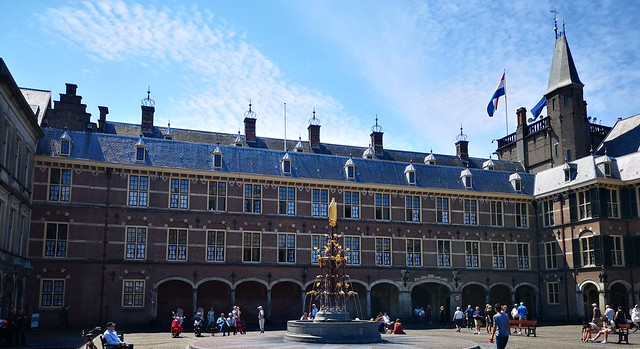 The Dutch parliament or Tweede Kamer at The Hague, has become the first elected body in Europe to express its opposition to the policy of "expropriation without compensation" adopted by South Africa's ANC regime against white Afrikaner farmers.

A motion criticising “the decision to implement land expropriation of white farmers without compensation” was proposed by MP Martijn van Helvert and adopted by a majority of the Tweede Kamer. Van Helvert is from the CDA (Christian Democratic Appeal) but his motion was supported by a broad spectrum of parties from the right and centre-right, including the ruling VVD led by prime minister Mr. Mark Rutte, the FvD (Forum for Democracy) under Mr. Thierry Baudet, the PVV (Dutch Freedom Party) led by Mr. Geert Wilders, the CU (Christian Union) and  50Plus. The motion was co-sponsored by Mr. Kees van der Staaij from the SGP, a smaller religious party.

However, the Dutch Left was united in their rejection of the motion, with the Socialist Party, Labour Party (PvdA) and Green Left, among others, voting against it. Another motion condemning South Africa’s notorious farm murders, also proposed by Van Helvert and Staaij, was narrowly defeated as the liberal VVD had voted against it.

The accepted motion on expropriation enjoined the Dutch government to, “bilaterally and in international fora, take a clear position against the proposed land expropriation of white farmers in South Africa without compensation, which contravenes human rights, and to apply pressure on South Africa to relinquish it”.

Human-rights groups in South Africa campaigning against farm murders and expropriation without compensation were overjoyed and saw the motion as a breakthrough. Dr. Dan Roodt of the Pro-Afrikaans Action Group (PRAAG) said: “The Netherlands has now for the first time broken through the cordon of political correctness around South Africa. The Dutch government has correctly seen that the ANC-terrorist regime’s land expropriation plan goes against international human-rights principles and must therefore be rejected”.

He went on to comment: “Dutch people, like Afrikaners, are also farmers and realise the amount of dedication and financial risk involved in agriculture. That the ANC-terrorist regime intends simply expropriating farmers’ land at the stroke of a pen, speaks of the same kind of insanity which prompted the equally radical, afrocentric regime of Zimbabwe to destroy that country economically.”

PRAAG hoped that other EU member states, as well as the USA, Canada and Australia, would follow the Netherlands’ example and pass motions against the anti-white racism, human-rights violations and proposed land expropriation of the ANC-terrorist regime.

“A majority of members in the Second Chamber of the Dutch Parliament voted in favour of the motion and thereby instructed the Dutch government to take a clear stand on this issue through bilateral and other processes,” said Jaco Kleynhans, the head of international liaison for the Solidarity Movement. “As a consequence of the way in which the parliamentary committee investigating constitutional amendments to allow for land expropriation without compensation has shown contempt for our admonishments for caution, and for that of others, the Solidarity Movement had no choice but to internationalise this matter. We will continue to persuade politicians in other countries and other governments to put pressure on the South African government not to continue with the planned amendments to the Constitution.”

Kleynhans said the motion emphasised that the International Declaration of Human Rights and the African Charter on Human and Peoples’ Rights both prohibited expropriation of property on the basis of skin colour.

“The motion passed by the South African government in February last year was clearly in favour of expropriation of land on the basis of skin colour and, therefore, violated these important charters,” he said.

In an interview with YouTuber Willem Petzer, the proposer of the motion, Dutch MP Martijn van Helvert (CDA), said that he now expects Dutch diplomats “to talk about it (with their South African counterparts) and say: ‘Hey, we think you are going way too far over there and you do not conform to human rights'”. He also expects Dutch diplomats to inform South Africa during talks at the UN or the European Union that they are out of line when it comes to their expropriation plans on a racial basis.

Asked whether the Dutch government was aware of the more than hundred racial laws in South Africa that impede white people from getting jobs, doing business or furthering their education, Van Helvert replied:

“I don’t think the Dutch government is aware enough. Maybe they have read about it here or there, but there isn’t enough awareness.”

On the issue of farm murders, Van Helvert believed the “South African government was not able to resolve it themselves, therefore the international community has to help”.

Translated into English, the tweet reads: “What is this! Interference in the South African state! And what for? Land expropriation? It’s about stole land that is being taken back. #DutchColonialism”