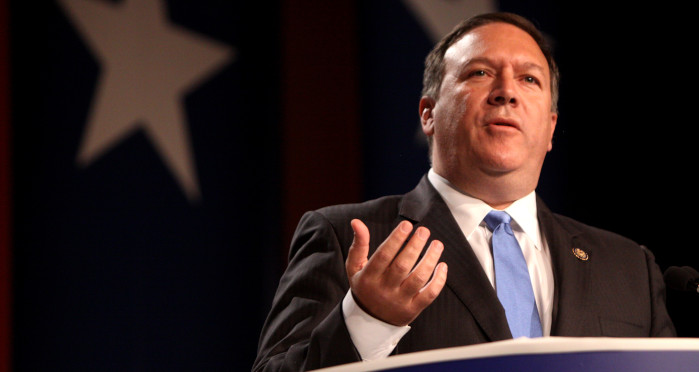 Mike Pompeo, the US Secretary of State, has lambasted the South African government's proposed constitutional change to make it possible to confiscate land and other property without compensation.

The recent comments by US Secretary of State Mike Pompeo criticising South Africa’s stated land policy of Expropriation Without Compensation (EWC), has met with a stony silence from the country’s ruling ANC. The only response has been an oblique one, reaffirming the need for so-called “land reforum” by ANC leader and South African president, Cyril Ramaphosa.

Otherwise, there has been no official reaction to Pompeo’s comments, delivered after a policy speech in Addis Abeba, Ethiopia, on 19 February. Talking to reporters, Pompeo said that expropriation without compensation would be “disastrous” for the South African economy.

The policy proposal is an example of centralized planning that has failed in other African states like Zimbabwe, Tanzania and Ethiopia, Pompeo explained.

“South Africa is debating an amendment [to its Constitution] to permit the expropriation of private property without compensation,” he said. “That would be disastrous for that economy, and most importantly for the South African people.”

Without mentioning Pompeo by name, Cyril Rampahosa repudiated the USA Secretary of State one day later on Thursday by saying: “Land reform is an essential part of inclusive growth.”

However, the South African Institute for Race Relations, a liberal think tank, said that Pompeo’s comments were “yet another warning against the perilous course the government is steering”.

“It is not altogether unusual for officials representing foreign countries to express such robust sentiments. Pompeo’s remarks do, however, mirror concerns expressed by others – such as the Netherlands’ foreign minister Stef Blok, who warned that undermining ‘property rights and the rule of law’ would deter ‘existing and potential investors alike,” said IRR’s Hermann Pretorius.

On 4 July 2019 the Dutch parliament or Second Chamber had accepted a resolution by two conservative MPs, Van Helvert and Van der Staaij, denouncing land confiscation “on the basis of skin colour” in South Africa. In their resolution the Dutch government was requested to “clearly take position against the proposed land expropriation without compensation from white farmers in South Africa, [which is] in conflict with human rights and to exert pressure on South Africa to abandon it”.

The Dutch resolution also mentioned that “the Univeral Declaration of Human Rights, as well as the African Human Rights Charter prohibited the arbitrary confiscation of property and especially on the basis of skin colour”.