Swiss Prof. Nils Kucher, angiologist at the University Hospital Zurich, explains why the Coronavirus was misjudged and criticized a decision by the German health authority, the Robert Koch Institute. 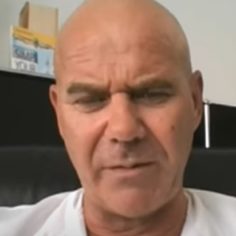 In no other German state were more Covid 19 deaths autopsied than in Hamburg. The forensic doctors of the University Medical Center Hamburg-Eppendorf (UKE) have submitted a study that is causing a sensation worldwide.

Accordingly, thrombosis and fatal pulmonary embolism occurred in more than half of Corona patient fatalities. Although the study only includes the first twelve post-mortem surveys, the surprising accumulation has also been confirmed in the 192 examined deaths, said Prof. Klaus Püschel, director at the Institute of Forensic Medicine at the UKE, on Friday speaking to journalists.

The new findings should now also help with treatment. In the future, blood anticoagulants will probably be used more and more. Through more intensive preventive care, it can be ensured that “thromboses and embolisms do not develop,” said Püschel.

Seven of the twelve examined deaths had thrombosis, while four died directly from a pulmonary embolism. Before they died, there was no corresponding suspicion among those affected.

Germany weekly Spiegel however reported that the Robert-Koch Institute (RKI), which centralizes the data and regulates the procedures to be followed concerning the Covid-19 epidemic, first advised against autopsies.

A recommendation by the RKI dated March 24 stipulated that: “Internal forensic examination, autopsies or other measures producing aerosols should be avoided. If they are necessary, they should be kept to a minimum. ” On April 7, 2020, the two German associations of pathologists, the German Federation of Pathologists (BDP) and the German Pathology Society (DGP), sent a protest letter to the RKI.

Since then, the RKI has withdrawn its recommendation.

There have already been other indications that the novel Coronavirus could lead to thrombosis. In everyday clinical practice, it has already been seen that Covid-19 has led to thrombosis and pulmonary embolism in patients in an unusually large number of cases, said Prof. Stefan Kluge, Director of the Clinic for Intensive Care Medicine at the UKE.

“Sections of the deceased have now been confirmed. And it should be carefully considered whether patients can be treated primarily with a blood thinner,” said Kluge.

The study with the results of the autopsies was published in the prestigious American journal Annals of Internal Medicine. The study was reviewed by four independent experts before publication.

In reality only a minority of patients suffered from pneumonia, Alexandar Tzankov, director of the histology and autopsy department of the University Hospital of Basel, told the Süddeutsche Zeitung. The examination under the microscope revealed a “serious imbalance of the microcirculation of the lung”.

The Swiss team noted that inflammation was not limited to the lungs, but “actually concerned all of the endothelium of different organs”. Professor Frank Ruschitzka, director of the cardiology clinic at the University Hospital of Zurich, agreed that the disease should therefore be re-qualified and no longer focus on the pulmonary aspect.

Kucher has just launched an emergency study bringing together the five university hospitals in Switzerland, with the aim of checking whether anticoagulants can protect from these deadly clots.

For weeks already, reports have been issued regarding the effects on the body, many caused by clotting. “This is like a storm of blood clots,” Behnood Bikdeli, a fourth-year cardiology fellow at Columbia University in New York City told Nature.

Initially the focus was on ventilators and then on oxygen treatment to help patients with severe respiratory problems. But now hospitals are scrambling for more anticoagulant drugs and kidney dialysis machines.

Studies from the Netherlands and France suggest that clots appear in at least a third of critically ill patients. Jeffrey Laurence, a haematologist at Weill Cornell Medicine in New York City, also examined lung and skin samples from three patients and found that the capillaries were clogged with small clots.

“This is not what you’d expect to see in someone who just has a severe infection,” he says. “This is really very new.” Thus while patients often exhibit critically low blood-oxygen levels, mechanical ventilation is not the answer.

A large study in 166 UK hospitals carried out by a research consortium from Imperial College and Liverpool and Edinburgh universities showed that two-thirds of patients were admitted suffering from respiratory symptoms. But that proportion may be too high since it reflects the official case definition of Covid.