Mr. Nomtoibayar Nyamtaishir runs in the Parliamentary elections scheduled to be held on June 24th, but his campaign has been ruined by his arrest on charges he claims to be fabricated. Photo: Supplied

Nomtoibayar Nyamtaishir had fought corruption within the ruling Mongolian People’s Party, but was then expelled from this party and deprived of his parliamentary immunity. He then launched a campaign as an independent candidate, where he very quickly reached the number of required signatures. He needed 801 signatures, but in five days he managed to get support from almost a third of the 97 000 voters in his constituency in Ulan Bator. His opponents were, however, successful in sabotaging his campaign.

The young politician was accused of abuse of power during this time as Minister three years earlier, an accusation he claims is fabricated. He was arrested and indicted. The proceedings are scheduled to be held on June 26, two days after the election, which obviously makes any campaigning impossible. 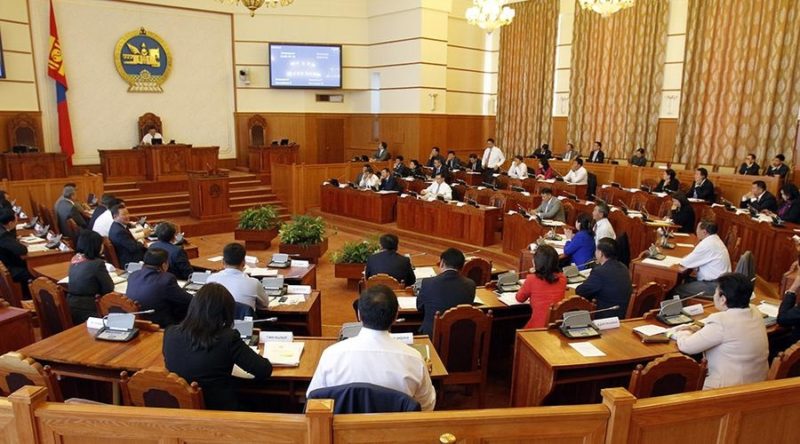 The Parliament of Mongolia. Photo: Supplied

Candidates have been arrested on two occasions before, only to be released shortly after the elections. One was the former Prime Minister Mendsaikhany Enkhsaikhan, the other the former President Nambaryn Enkhbayar. Both were accused of corruption, but never charged.

The international lawyer Dr. Arildiipurev Tsevelragchaa points out that the arrest of Mr. Nyamtaishir is in itself a crime against the constitution, since all candidates enjoy immunity precisely in order to prevent the legal system from being used as a tool against political opponents:

“By arresting Nomtoibayar Nyamtaishir before the election campaign begins, the judge himself violated the Constitution of Mongolia (Article 16.9) by ignoring his basic human right to be elected, dishonored his candidate’s immunity protected by the Law on Parliamentary Elections of Mongolia (Article 35.2; Article 35.2.1) and violated due process described in the Criminal Procedure Code (Article 35.2.1) which is the essence of the country’s rule of law,” she said. 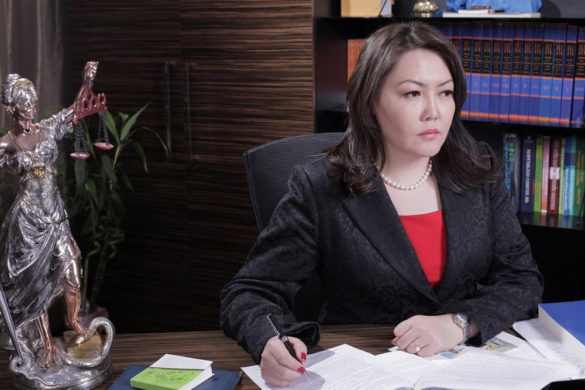 The story goes back to November 2018, when a number of investigative reporters revealed the Prime Minister, several of his ministers and a number of Members of Parliament had embezzled 1,3 million dollars, funds intended to support small businesses. Nomtoibayar Nyamtaishir demanded that the guilty be held accountable.

In December 2019 the parliament introduced a law that prevents officials who have been found guilty of abuse of power from running again. Just a few days later the new law was used against Nomtoibayar Nyamtaishir. He was charged with suspected abuse of power during his tenure as Minister of Labour and Social Protection in 2017. Dr. Tsevelragchaa points out that the current minister has not been accused of anything, in spite of having made the same kind of decisions as Nyamtaishir a year later. When police investigated the accusations against Nyamtaishir they were unable to find any proof of the accusations and the issue was shelved. As soon as Nyamtaishir announced that he would run as an independent candidate in this year’s election, however, it was decided to look into the case again. He was interrogated on 28 May and charged the same day. He is now locked up, unable to do any campaigning. An interesting aspect is that he intends to run against the Minister of Justice, Tsendiin Nyamdorj.

The story had further implications for the Mongolian rule of law. The Parliament decided in March 2019, in an emergency session without hearings or public consultations, to introduce amendments to laws concerning the judicial system and corruption. These changes would mean that the National Security Council can suggest removals of judges and other key officials who work against corruption. The controversial law has attracted international criticism.

“This fundamental change in the legal framework would seriously undermine the balance of power, erode checks and balances and limit the possibility for the judiciary to fight corruption,” says Dr. Tsevalragchaa.

In May 2019 the United Nations Special Rapporteur on the situation of human rights defenders, Michel Forst, visited Mongolia. In his report he concludes that the new law sends a clear sign intended to intimidate people who demand justice and wish to speak out against corruption. He also asserts that the law violates the UN conventions on political rights.

Yet another questionable law, from a democratic standpoint, was introduced in 2017. Then ”slander” was made an offence that could be punished be either prison for three to six months, or a fine which amounts to between 50 and 150 times the average monthly salary. Since officials often report journalists for slander, this law could lead to journalists censoring themselves. 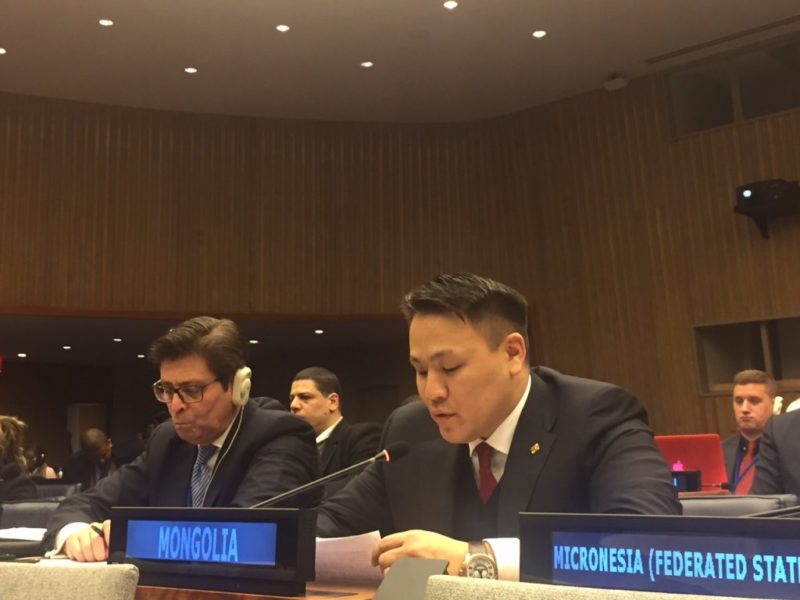 Delegation of Mongolia headed by Mr. N. Nomtoibayar, Minister of Labor and Social Protection and Member of Parliament of Mongolia is taking part in the 55th session of the Commission on Social Development of the United Nations Economic and Social Council. The 55th session with the priority theme of “Strategies for the eradication of poverty to achieve sustainable development for all” was held on 1-10 February 2017 in New York. Photo: Ministry of Foreign Affairs, Mongolia

Dr Tsevelragchaa emphasizes that an independent legal system is necessary to have checks and balances and to prevent the executive power from arbitrarily abusing its position. When a government can fill a legal system with its own appointees, dismiss judges and use the legal system as a weapon to punish political opponents, democracy will suffer. She continued: “Eliminating the judiciary’s independence is not the first sign of democratic erosion.”

Just a month before election day, Mongolia’s two major parties — the MPP and the DP — changed the country’s election rules from a mixed system that uses proportional and majoritarian voting to a “winner takes all” system that made it more difficult for independent and third-party candidates to win seats.

Dr Tsevalragchaa’s says it is essential for Mongolia to have international monitoring regarding MP Momtoiyar Nyamtaishir’s case to protect and promote the fulfilment of human rights and to monitor the conditions as to implementing international human rights conventions and obligations in the country.

Her closing words are: “Many observers have considered Mongolia an unlikely ‘oasis of democracy’ since 1990. Now it’s the latest nascent democracy to begin sliding toward authoritarian rule. Mongolian laws cannot insulate judges from political pressure.  The judicial power may turn into a monster that serves government to hunt down leaders who demand justice. Taking aim at the strongest leaders creates fear and turns them into vulnerable subordinates. In a country without an independent judicial system, democracy cannot survive.” 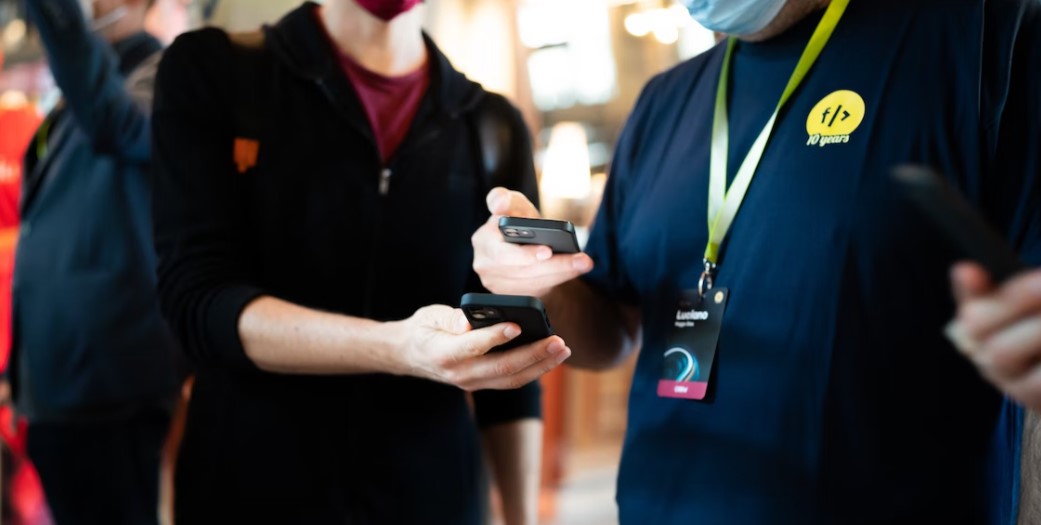