Historian: ‘Africans must be condemned for the slave trade’

Professor Abiola Félix Iroko gave an interview on Benin Web TV where he contradicted the notions of the history of colonialism as represented by cultural Marxists. He recalled that blacks themselves sold black slaves.

Beninese historian Abiola Félix Iroko gave an interview to local media Benin Web TV. He reminded viewers of the real history at a time when anti-colonialists are busy unbolting statues from their plinths and shouting that white privilege should be abolished because of slavery. He explained how Africans themselves took advantage of the slave trade.

This professor at the history and archeology department of the University of Abomey-Calavi (Benin) declared on July 25: “When we talk about the slave trade, people only accuse whites. But they came (to Africa) as buyers and we [Africans] were sellers.”

He assured viewers that the sale of slaves was not only an isolated phenomenon, since “the king himself sold them”. Abiola Félix Iroko detailed these transactions: “King Adandozan sold the mother of his consanguineous brother (Prince Gakpe) who later became Guézo”. As the Salon Beige website pointed out, he was the ninth king of Abomey between 1797 and 1818.

This historian – holder of a doctorate in letters and human sciences from the University of Paris Panthéon-Sorbonne – did not mince his words: “There are no buyers without sellers, we (Africans) were sellers.” 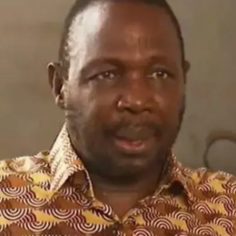 Abiola Félix Iroko (74 years old) is a Beninese historian, author of several books on African civilizations and slavery in Africa. Holder of a doctorate in literature and human sciences from the University of Paris Panthéon-Sorbonne, he is Professor in the Department of History and Archeology at the University of Abomey-Calavi (Benin). He is also the president of the Scientific Council of the university (HECM), High School of Commerce and Management of Benin.

“It is a question of co-responsibility. It is not the buyer who must be condemned, the seller must also be condemned and moreover the seller because the seller has ties of affinity and kinship with the one who is sold. Of those who were sold and had offspring there, many returned after the abolition. Some returned home with Portuguese-sounding names, Da-Silva, D’Oliveira. Unfortunately, some of them who came in the 19th century became, in turn, slaveholders and bought slaves for their correspondents who remained in Brazil. Africans resumed this trade after abolition.”

He said that eventually machines accomplished more in one day than a slave could accomplish in five days. The slave trade was thus abolished, but those who initiated it “did not do it” because “they loved blacks”. Abiola Félix Iroko explained. “It was not out of philanthropy as many think,” concluded the professor, adding that capitalism actually wiped out the slave trade. “It is because they noticed at a given moment that with the development of capitalism and especially of machinery, they no longer need as much labor.”

In his book, La côte des esclaves et la traite atlantique : les faits et le jugement de l’histoire, the eminent historian firmly dismissed “the rhetoric of the supporters of the thesis of reparations” in no uncertain terms. “The Africans haggled for almost half a millennium with slave traders over the price of their kin they were selling. They still want to continue today to haggle with the descendants [of slave traders] over the market value of the blacks that their ancestors sold to the detriment of the development of their own regions,” wrote the historian (pp. 148-149).

He also explained that historical place and context were important. “The statue of King Leopold II of Belgium in Brussels does not have the same meaning as the same statue in Kinshasa, for example. We must therefore avoid amalgamation. The statue of King Leopold in Brussels seems very welcome to me. He is a very important character for them and who represents something glorious for their past. They dominated a colony which they exploited. It is a good thing for them and I am opposed to the acts of vandalism consisting in unbolting such a statue in Brussels (Belgium).”

He said the same statue [statue of King Leopold II of Belgium, editor’s note] had no reason to exist in Africa, regardless of the location. “King Leopold II is like an insult to Africans, an insult to Zairians […] But if there are Congolese who are in Brussels and who are embarrassed by these statues, let them go home calmly.”