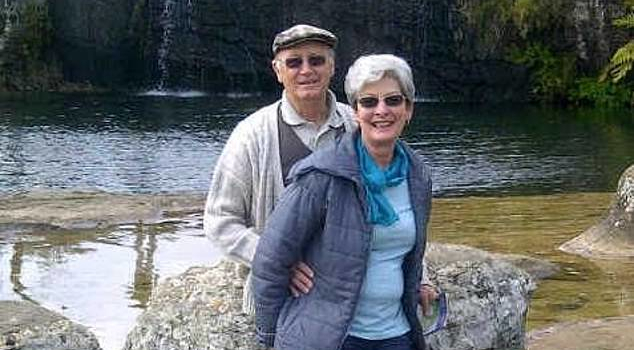 South Africa's lackadaisical police service, run by ex-terrorists, has again shown that it does not care for the country's farming community who are under constant attack.

The South African Police Service, of which many officers are former Marxist-ANC terrorists trained in the former Soviet Union and East Germany to attack civilians, refused on Sunday to investigate the kidnapping and murder of Dan and Breggie Brand, as well as their daughter Elzabie, in the country’s remote Northern Cape province. The couple’s son phoned the police in vain who refused to send anyone out. Only when volunteer groups complained to a high-ranking officer and exerted pressure through the media, did the police service finally send officers to the crime scene.

The bodies of Dan (83), Breggie (79) and Elzabie (50) were found yesterday after an extensive search by volunteer groups. A police spokesman, Brigadier Vish Naidoo, has confirmed the find outside Takaneng Village.

Only 48 hours after the attack did the police send a forensic team to the crime scene, again after several phone calls from the family and volunteer groups. Ostensibly, the elderly couple and their 50-year old daughter were attacked when they were sitting down for Sunday lunch as their food was left untouched on the table.

The three victims were driven away in their own vehicles, a red Nissan Micra and a Grey Mazda CX5.

“The 83-year-old father, the 79-year-old mother and their 50-year-old daughter were attacked. All three people in the home could not be found and two of the family’s cars were missing,” Brigadier Naidoo said.

The red Nissan was found abandoned in an African village, Majaneng, Taung in North West province on Monday night.

According to the police spokesman, “With the search continuing in the Northern Cape, the second vehicle, a Grey Mazda CX5, was spotted in the area of Pudimoe being driven by a woman with two male passengers.

The vehicle was stopped and the three suspects were subsequently arrested, Naidoo said.

RT‼️These 3 innocent people’s faces must be remembered as symbols of a president,namely @CyrilRamaphosa /@GovernmentZA that condones the slaughter of a specific community, namely farmers/farm workers, through their failure to acknowledge and do something.#FarmMurders #SouthAfrica pic.twitter.com/Ejm0XEAbzF

A source from the police who did not want to be named explained that the couple and their daughter were brutally murdered, the latest victims in South Africa’s notorious spate of farm attacks.

“From the statements we have taken, it is clear the mother and father and the daughter were all three kidnapped and later brutally murdered,” he said.

“You can only image the terror these poor people went through in their last hours and there was no need to kill them. They could have just robbed them if that was what the motive was.”

Worried relatives who had been unable to contact Dan and Breggie on Sunday, drove to their house near Vaalharts, Northern Cape province, on Monday and found blood stains in the house.

A spokesman for volunteer group Afriforum, Marius Muller stated: “The fears of relatives that all three had come to harm was reported to the local police station on Sunday but it appears that absolutely nothing was done about it.

“It was only when those worried relatives travelled down on Monday themselves that they found effectively a crime scene with the house ransacked and the blood stains inside.

“Who knows if the police acted immediately on Sunday then lives could have been saved? Those who run this country have to wake up to what is happening and protect farmers.”

At the time of publication, five suspects have been arrested for the attack. They will appear in court soon.