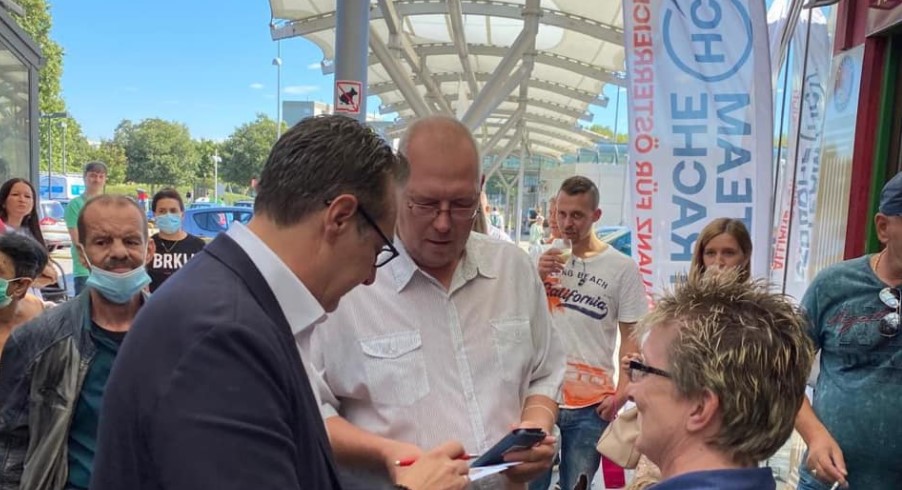 Ibiza affair was a manipulation by Soros-paid hacks

Newly leaked transcripts reveal a media-political scandal of unprecedented proportions: in 2019, German media used manipulative reporting to bring down the very popular Austrian government of the ÖVP and FPÖ.

Ex-FPÖ boss HC Strache recently announced at a press conference in Vienna that he would take legal action against the responsible German journalists who are deeply entangled in the network of the left-wing media NGOs of George Soros.

Strache denounced the “self-proclaimed investigators” Bastian Obermayer and Frederik Obermaier from the Süddeutsche Zeitung and the Spiegel as the main culprits in the German media, who had conspired to “overthrow an Austrian federal government”.

“That is the real Ibiza scandal,” said Strache. “Two German newspapers are blowing up [the Austrian government] under the guise of allegedly investigative journalism with manipulative means and arbitrary cuts, where the essential overall context has been left out and some statements have even been deliberately twisted in the sense of a falsehood, and thus with a plot have one well-working federal government – there is no other way to describe it – overthrown. ”

The creators of the video are a “highly criminal group” who have conspired since 2011 to “destroy” him politically and personally, according to Strache. The journalists and “politically motivated media” let themselves be used. “The The question is why?”

The AfD member of the Bundestag Petr Bystron also called out the fact that two German media outlets with their manipulative reporting deliberately brought about the overthrow of a foreign government.

At a press conference, Bystron quoted the former BND boss August Hanning, who confirmed in 2019 that the two FPÖ politicians Strache and [Johann] Gudenus “were set up by an intelligence service or an organisation with intelligence means”. Because it was orchestrated in Germany, “it would not only be a media-political but also a political scandal in Germany that would require a committee of inquiry,” the foreign policy expert said.

The two “journalists” in question, Bastian Obermayer and Frederik Obermaier, are members of the “International Consortium of Investigative Journalists” (ICIJ), partly financed by the Open Society Foundations of the leftist activist George Soros.

Supposedly serious, objective newspapers employed these “journalists” who work for left-wing NGOs and who owe them most of their careers and awards. Similarly, the Austrian hack Florian Klenk, who reported the Ibiza fake story, was also an employee of the ICIJ in 2016.

Obermayer and Obermaier, in collaboration with the ICIJ, became famous for a series of “leaks”, all based on illegally hacked data: Offshore Leaks , Luxembourg Leaks and Swiss Leaks . The two SZ “star journalists” won many prizes for their remarkably easy access to illegally obtained data and criminal hacker networks, including the Henri Nannen Prize, the Pulitzer Prize, the Helmut Schmidt Prize and the German Reporter Prize.

The biggest data theft were the “Panama Papers”, which were staged worldwide as a disclosure campaign, allegedly to prove massive, systematic tax fraud by prominent, wealthy Germans, although it found almost nothing illegal, according to Swiss weekly Weltwoche.

The “star journalists” Obermayer and Obermaier seem to be something like the paid scribes of a global hacktivist network of dubious left-wing NGOs, financed by a notorious punter with his own financial interests, whose manipulative character assassination campaigns have a global audience.