Gorman at the inauguration of Joe Biden in 2021. Wikipedia. CC BY 2.0. Melanie McDonagh argued in The Spectator that the poem itself was hard to understand and poorly written.
Barcelona

Once again, a translator of the poem that the black American writer Amanda Gorman recited at the inauguration of US President Joe Biden has been relieved of his duties. The Catalan writer Victor Obiols said he was pulled from the job because he had the wrong racial "profile".

“I was told that I was not suitable for the translation,” said the 60-year-old, who has translated works by William Shakespeare and Oscar Wilde into Catalan, among others. “They did not question my qualifications, they were looking for someone with a different profile, a young activist, ideally black.” He had received the original assignment three weeks ago and had finished it, the AFP news agency reported. The Barcelona-based publisher informed him of the decision only after he had delivered the translation. 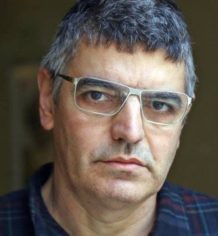 The Dutch writer Marieke Lucas Rijneveld had previously resigned from the task of translating Gorman. She had backed down after criticism from social media that only a black interpreter could translate the work, but not a white woman.

Dutch publisher Meulenhoff had called Rijneveld a “dream candidate”, while Gorman had selected Rijneveld herself despite the fact that Rijneveld had admitted that she spoke “very bad English”. Rijneveld identifies as “non-binary” and uses the pronouns they/them. In a statement the publisher told the BBC: “Meulenhoff asked MLR if they wanted to be the translator. They said yes, and then Meulenhoff sent their profile to the American agent as their preferred choice.”

But the Dutch black author Janice Deul dismissed the choice in a vitriolic rant in the Volkskrant newspaper in which the journalist and diversity campaigner said someone who was “unapologetically black” should be given the task. Janice Deul told the BBC that the Black Lives Matter movement had changed everything.

Although Amanda Gorman had initially agreed to the white poet translating her work, Dutch black oral poets were not presented to her as options she complained. Rijneveld withdrew publicly after Deul’s rant. She published a response in the form of a feeble subservient poem called Everything inhabitable, also translated into English – notably not by her. Written in Dutch, it was translated into English by Michele Hutchison. But it is clear from the poem that she withdrew because of Gorman, not the publishers or agents.

[…]Never lost that resistance and yet able to grasp when it isn’t your place,

when you must kneel for a poem because another person can make it more inhabitable;

not out of unwillingness, not out of dismay, but because you know there is so much inequality, people still discriminated against[…]

In March 2021, Gorman complained – without irony – that she was allegedly racially profiled by a security guard near her home, because he had asked her if she lived there. She tweeted afterwards, “He left, no apology. This is the reality of black girls: One day you’re called an icon, the next day, a threat.” She later tweeted, “In a sense, he was right. I am a threat: a threat to injustice, to inequality, to ignorance. Anyone who speaks the truth and walks with hope is an obvious and fatal danger to the powers that be. A threat and proud.”

According to Wikipedia, Gorman’s work centres on oppression and marginalization, but Gorman attended private schools and Harvard, was the Youth Poet Laureate of Los Angeles, the first ever National Youth Poet Laureate, published a book of poetry at age 17, and opened the literary season for the Library of Congress in 2017 – rather suggesting a life of great privilege.

In 1993, Bill Clinton had called on Maya Angelou, but Miller Williams, a white male, had to stand in for his second term. Barack Obama called on the “black poet” Elizabeth Alexander for his first inaugural, while relying on the gay Hispanic immigrant, Richard Blanco for his second.