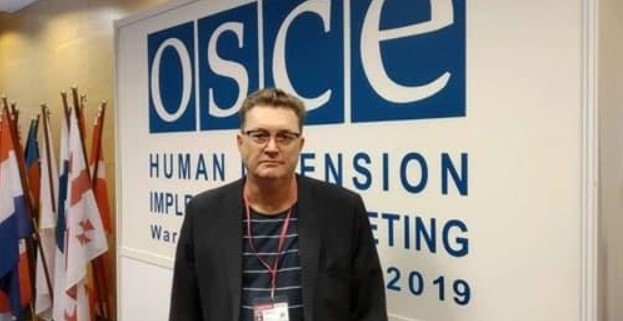 According to Estonian human rights activists, Sergey Seredenko, one of their colleagues, was detained by the Estonian Internal Security Service (KaPo), and then arrested on charges of collaboration with a foreign state in the beginning of March.

The 58-year old Estonian citizen was detained in the beginning of March, however no one – including his friends and family members – was informed about this fact. Several people thought he had just gone missing or had been travelling abroad. Finally, the General Prosecutor’s office announced that Seredenko had been charged with breaking article 235 of the Estonian penal code, thus felonizing his contacts with foreign entities or citizens working for a foreign state, particularly any kind of cooperation with them, which might be construed as being detrimental to the interests of Estonia.

Presumably, these charges are connected to Russia and/or Russian citizens. According to Seredenko’s lawyer, he cannot share any information about his case, as everything is being kept secret. The members of his family cannot visit him, and he is not allowed any phone calls, except the contact with his lawyer.

The case of Seredenko seems to be another action taken by Estonian authorities in their fight against the supposed “Russian agents of influence” and clearly shows that Tallinn is going to strengthen its anti-Russian policy by exerting pressure on local Russian-speaking activists.

In one of the latest reports, the US neoconservative American Enterpirise Institute suggested that the Baltic states might become an area of yet another conflict between Russia and NATO. The activities of Estonian authorities against the Russian minority might be perceived as a means of provoking Moscow to respond.