A film clip from South Africa shows how a former task force member heroically fights his way through an armed robbery on a motorway in the South African capital Pretoria. Despite the fact that the vehicle is hit by bullets a large number of times, the man, Leo Prinsloo, 48, does not lose his cool but rams the robbers' cars several times before he, armed with a semi-automatic rifle, chases them on foot.

A South African security officer was driving a cash-in-transit vehicle when he and his colleague were attacked by armed robbers who hit their vehicle with about thirty bullets in an attempt to kill them and steal their cargo. But the man who was driving, the former task force Leo Prinsloo, 48, acted with unparalleled calm when hit and rammed by attackers before he gets out of the vehicle, armed with a semi-automatic rifle and chases them. The whole event, which could have been part of a film script, was also captured on film and shows the man’s heroism.

The incident took place at 10:25 in the morning on 22 April along the N4 motorway in the South African capital Pretoria. Leo Prinsloo then drove with a colleague, the newly hired Lloyd Mtombeni, in an armoured and bulletproof Toyota Land Cruiser. The vehicle was used as unmarked transport when attacked by two cars full of armed robbers while reportedly transporting a multi-million rand cache of smartphones. 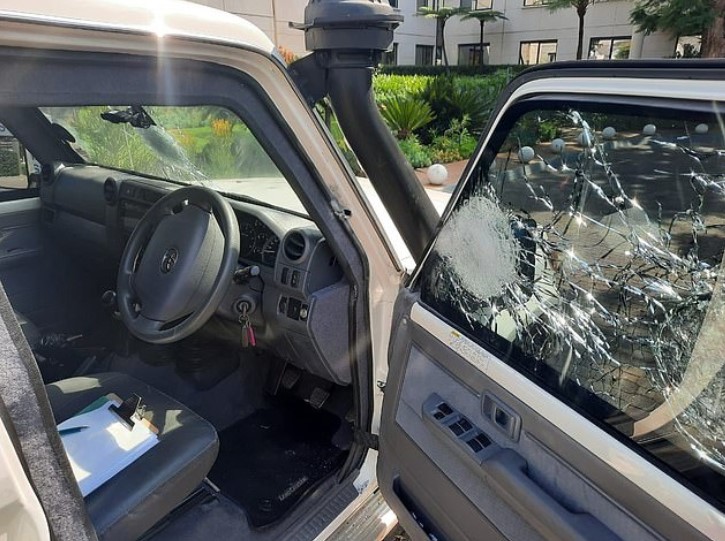 Inside the cabin of the unmarked transport vehicle, marked with bullets. Photo private.

Several bullets slammed into the vehicle and from the inside, the incident was captured by a dashcam as one of the robbers’ cars drove closer during continued firing, which was fortunately stopped by bulletproof glass. Despite the sudden firing, Prinsloo remains surprisingly calm and commands his colleague to cock his semi-automatic rifle while he drives on and tries to escape from the robbers. From the other side of the road, the other car with robbers comes up and opens fire on them and tries to push them off the road, but Prinsloo does not let them succeed but instead slams into the robbers and drives on. After several minutes, Prinsloo however stops the car, grabs a weapon and gets out to meet his attackers.

The choice to go out to meet the robbers may seem foolhardy, but Prinsloo is a trained sniper with long experience of fighting in urban environments. He was a member of the infamous South African Police Special Task Force (STF) for 12 years until 2004, which handles everything from hostage situations to terrorist groups. He then founded a training academy that specializes in teaching advanced shooting and combat tactics to both police and military. He also works part-time as a security guard at a private security company in the violent South Africa, where men with the knowledge and experience Prinsloo has accumulated are highly valued. 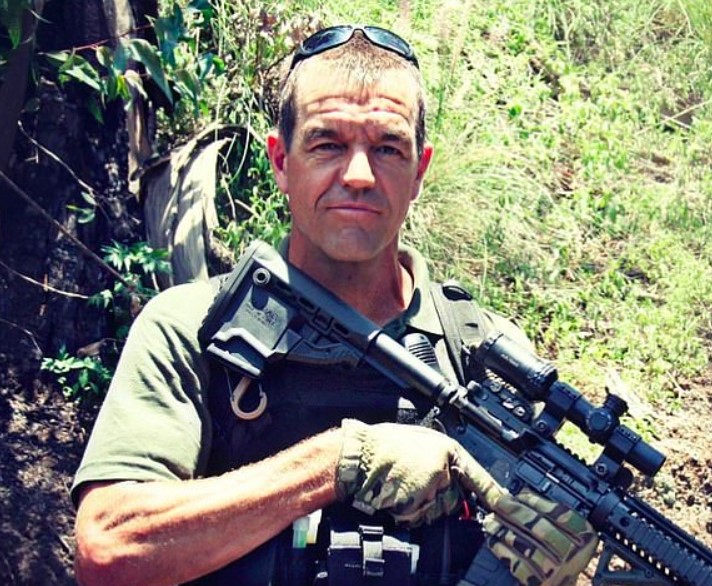 Leo Prinsloo himself did not have much to say about the incident: “I can not say much because it is an ongoing investigation but me and my guard colleague did what was expected of us. They needed to kill us in order to hijack the transport. But there was no chance that I would let it happen and unfortunately I did not get the opportunity to answer the firing,” said Prinsloo.

In an interview with local outlet ENCA he said he “pre-visualized what to do” in a situation like this, because he had always expected it to happen. According to Prinsloo, he only became aware that the robbers were chasing them when the first gunshots went off. Thereafter, his instincts – and training – simply kicked in, he said.

An unedited, forward-facing clip of the attack on Leo and Lloyd. It starts with the suspect’s bakkie passing them to target the cargo van. @eNCA pic.twitter.com/1mMNXFITr5

Pictures from the place where he stopped to meet the attackers show that it happened in a residential area and it is therefore likely that he chose restraint so as not to risk that innocent bystanders could be injured, something that trained men are forced to take into account even under dangerous conditions like this.

“No arrests have been made yet,” said police spokesman Vish Naidoo in a statement from the South African police about the incident, according to ENCA.

Prinsloo and his family have since been placed under protective guard after they received death threats. His employer, Deon Coetzee of Fortis Pro-active Defence Solutions, told News24: “Because of whoever is behind the organised crime, [Prinsloo] has received death threats on his life, so we are just taking it seriously.”