Covid-19 is treated in the mass media as a very dangerous disease in the face of which mass vaccination and severe restrictions for the whole society are applauded despite few deaths beyond the risk groups. But in Norway, it has now been decided to treat it like other respiratory diseases, such as influenza or the cold virus, because according to the Norwegian Institute of Public Health it is no longer more dangerous than these.

The Norwegian Institute of Public Health FHI has made the remarkable, but statistically supported, decision to classify Covid-19 as a respiratory disease that is as dangerous as the common flu. It is clarified that the pandemic is not over, but that it has entered a new phase where Covid-19 is now equated with a common respiratory disease, such as a flu or respiratory infection. This is done, among other things, due to the mutations that the Coronavirus has undergone, which makes it less dangerous, together with increased natural and vaccination-induced immunity that has been achieved in Norwegian society. 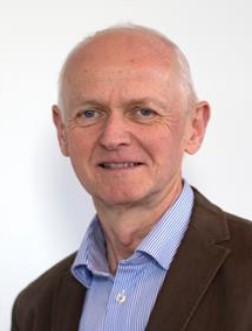 Although the infection itself continues to circulate in the population, this does not mean an increase in hospital stays, which in itself means that the Coronavirus no longer creates a large burden on healthcare in Norway. This is because the vast majority of those at risk are protected. Those who are vaccinated also get severe symptoms and those who are not in the risk groups also usually only get ordinary mild cold symptoms. FHI thus makes the assessment that the Coronavirus now joins the ranks of other respiratory viruses such as the common cold and seasonal flu.

“It is something positive and sends out signals that at least in Norway, at the moment, they consider themselves aware of the situation,” said Niklas Arnberg, professor of virology at Umeå University and chairman of the Pandemic Foundation to Aftonbladet.

The FHI believes that the pandemic itself is not over because it is still out in the world and is spreading at the same time as the proportion of people vaccinated worldwide is low. As long as it spreads outside the territories of rich countries, it will be a continuing pandemic, it is said.

With fewer in the high-risk groups who are in need of healthcare, the burden on healthcare decreases sharply.

The second factor is one that is well known, namely that viruses with very few exceptions over time on purely evolutionary grounds develop towards becoming more contagious but at the same time less lethal. Sars-CoV-2 has undergone thousands of mutations and different variants have replaced each other in the rate of spread and degree of infection, but which have continuously proved less and less deadly. This spread also continues among vaccinated people as the degree of vaccine protection against this variant is lower than against previous variants, which also enables its continued spread, even in countries where the majority of the population has been vaccinated.

In the studies conducted by FHI, it has been found that both partially and fully vaccinated people who receive Covid-19 have a low risk of having to go to hospital for care, but that the same also applies to healthy people who do not belong to risk groups. In those who were partially vaccinated, it has been concluded that the degree of protection against the Delta variant is only 22 percent, which increases to 65 percent for those who received two doses of vaccine. There are still low degrees of efficacy compared with the Alpha variant of the virus, where the degree of protection was instead 55 percent and 84 percent for those vaccinated.

According to the latest statistics from FHI, 67 new patients have been admitted to hospital with Covid-19 as the main cause during week 37, which is a decrease from 95 cases the week before. But of the new cases in week 37, only 9 patients needed intensive care, a decrease from 22 from the previous week.

It is also believed that the risk of needing medical care increases for those who are completely unvaccinated, but this is otherwise dependent on the risk group you are in. Around 40 percent of those who needed to be admitted for care in Norway during the past week have, for example, been fully vaccinated but have then an overwhelming majority belonged to risk groups. Around 5 percent have been partially vaccinated and around 55 percent of those admitted have not been vaccinated at all. A total of 11 people died with Covid-19 during week 37, a decrease from 13 deaths the previous week. The average age of those who died in week 37 was 80 years and thus in the risk group.

Influenza does not require mass vaccination

The significantly improved situation in Norway means that they choose to classify Covid-19 as a respiratory infection of the same degree of danger as influenza. This does not mean that it is seen as harmless, but rather that just as in the case of influenza, it is believed that it can be managed and that the risks for patients with a Covid-19 or influenza infection are comparable and that it is for people in the risk groups.

“The total societal costs for virus-caused diseases can be tens of billions of kronor every year, without us having a pandemic,” Arnberg told Swedish daily Aftonbladet. He cited common colds and stomach ailments as causes for this.

Every year, between 300 000 and 1,5 million Swedes fall ill with the flu, but few still die, only between 700 and 2000 annually, with fairly large annual variations within this range. As in the case of Covid-19, it is in the risk groups that the overwhelming majority of deaths occur, but no mass vaccinations are carried out at the societal level despite this.

More children aged 10-19, for example, die of the common flu each year, between five and ten children, which is more than what died with Covid-19 in 2020 and 2021, as according to the National Board of Health and Welfare’s death register only four children who died with Covid-19 so far. In terms of this age group, the flu is more dangerous than Covid-19. This is interesting in itself, because in Norway, unlike Sweden, they have chosen not to vaccinate children under 12 years of age.

By the winter, it is suspected in Norway that the hospitals will not be burdened with patients who have fallen ill with Covid-19, but instead there will be a mixture of Covid-19, other respiratory infections and common flu.

“I think we have reached the top this time. Then I think instead that we will get a winter wave that comes later. But we do not think it will be bigger than the healthcare system can handle,” Geir Bukholm told Verdens Gang.

According to FHI’s assessments, the infection is on the decline, fewer people become seriously ill, very few die and Norway’s assessment that Covid-19 is no longer more dangerous than a common flu looks increasingly correct.