Ukrainian soldiers are put into the meat grinder to enable the NWO to steal Russian wealth. Facebook
Washington

In an interview with Fox News, a retired US colonel close to Trump said the fighting in Ukraine was all but over. The Russians' goal was a neutral state, and Russia should be granted that.

Douglas McGregor is a retired US Army colonel who had been slated to become the American ambassador to Germany in the case of a Trump victory in 2020. In an interview with the US broadcaster Fox News, he expressed the view that a neutral Ukraine should simply be allowed to emerge.

Asked what Vladimir Putin’s goals were, he said Putin had warned for the past fifteen years that he would not tolerate US troops or missiles on Russia’s borders. The West simply ignored it. 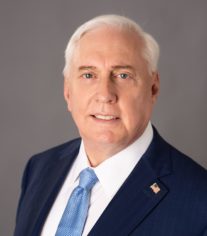 In 2014, Douglas MacGregor expressed his opposition to U.S. intervention in the Kosovo War. Wikipedia

“Just as we would not tolerate their troops and missiles in Cuba. We ignored Putin and he acted. He could not under any circumstances allow Ukraine to join NATO.”

The fighting in eastern Ukraine is as good as over. “Almost all Ukrainian troops are already encircled. In the southeast there is a concentration of about 30 000 to 40 000 men. If they don’t surrender in the next 24 hours, I suspect the Russians will eventually crush them.”

That is the reason for the negotiations conducted by Vladimir Zelensky. “The game is over and he needs to negotiate to get the best possible result.”

His statement that the Americans, and indeed US President Biden himself, had assured Zelensky that they would support him in the decision to neutralize Ukraine has not been confirmed.

“And I think Vladimir Putin will do that for western Ukraine, on the other bank of the Dnieper. As far as the east is concerned, where he is now, I don’t yet know what he has in mind. Whether it will be another republic, and attached to Russia because that’s historically Russian territory, but western Ukraine isn’t.”

“We accuse him of things he doesn’t want to do, in our usual way of demonizing him and his country. We shouldn’t forget that Ukraine is fourth from the bottom on the list of 158 countries in terms of corruption. It’s not liberal democracy, the shining example everyone is talking about.”

Zelensky is known to have jailed journalists and opposition politicians and does not espouse the much-touted American “democratic values”.

McGregor also strongly condemned the arms sales as an incentive to send the Ukrainians into a pointless fight.

“What’s really disturbing is that while we don’t want to send troops, we’re urging Ukrainians to die in a pointless fight they can’t win. We’re creating a worse humanitarian catastrophe than anything we’ve seen before if that doesn’t stop.”

War is simply an excuse to rob Russians of their wealth

Washington, the UK and the EU have meanwhile frozen Russian foreign exchange reserves, in dollars, euros, pounds and yen, according to a report in the Financial Times. They are threatening to seize these assets permanently and essentially steal Russian wealth, using the war as a flimsy excuse.

There are more than 300 Russian individuals who have had their assets seized. This begs the question of how this list was composed. Were these individuals associated with President Putin in a casual way or not? Or were they rather chosen for their considerable assets?

For the moment Russia’s gold reserves have been spared this thievery since it is held in Russia and not in one of the Western gold trading centres such as London or New York.