War in Ukraine: Should transgenders be mobilized?

It has been just a week or two since the Russian neighbor crossed the border with its tanks and Ukrainian President Zelensky announced general mobilization on February 24. The consequence has been that men aged 18 to 60 do not have the right to leave the country and must continue to fight to defend it. 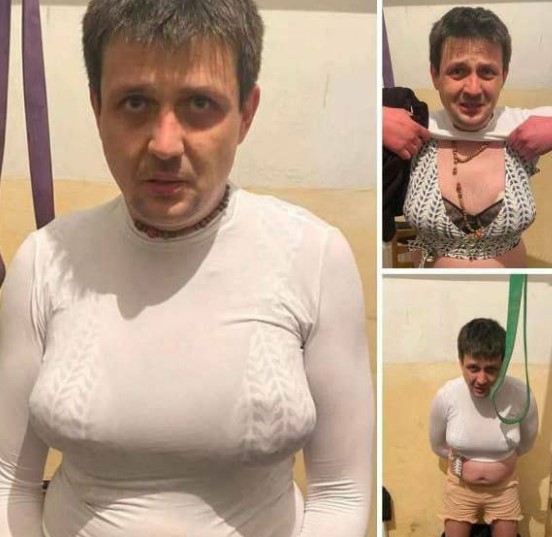 A Ukrainian man caught at the border trying to escape dressed as a woman. This does not bode well for the woke few hoping to avoid the price of war. Photo: Telegram

Alas, reality is setting in: The woke revolution has not yet reached the borders of eastern Europe.

The Montreal magazine VICE World News, reported that the head of an association which campaigns for LGBTQ equality across Europe declared: “The Kremlin’s aggression against Ukraine shocked the whole world, and queer people are very affected by this war.” Because in these “archaic societies” there are still men and women. And men, sadly, have to go to war.

Trans musician Zi Faámelu commented: “Like hundreds of trans people in Ukraine, I’m female, but I have ‘male’ on my passport and on all my IDs, so it’s a war within a war.” Clearly, this individual has no intention of defending Ukraine as “a man” and fleeing to conservative Poland would also be a headache.

Finally, Ukraine is a disappointment for the woke left and they have been complaining about “poor trans women stranded in the country”. They fear all the more for their lives “as the weight of transphobia is very heavy in Ukraine”, a wonderful country “where the far right has political influence”.