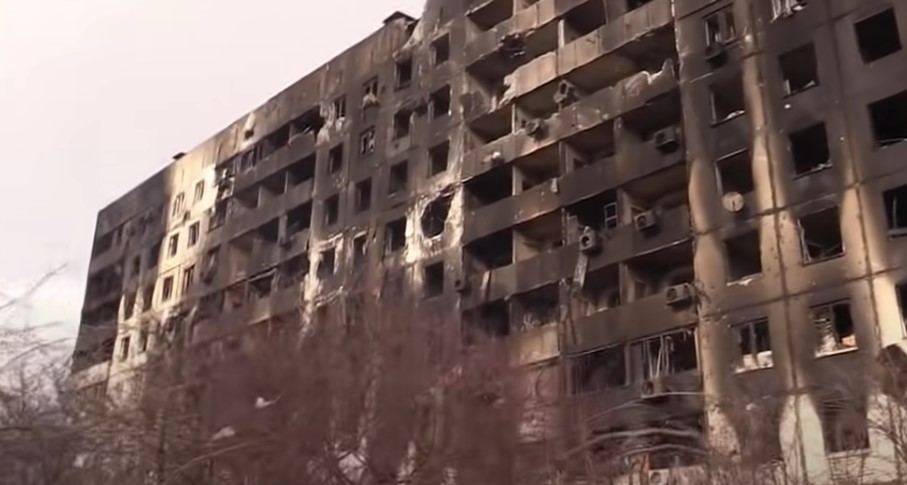 Mariupol has seen severe degradation and the situation for civilians still hiding in the city is critical. Screenshot from Patrick Lancaster's report on YouTube

Day 26 of the Russian campaign in Ukraine

The situation assessment by Deutsche Militärzeitschrift (DMZ) analyst Hagen Eichberger contrasts with the views held by the majority of Western military experts. On Sunday morning, Eichberger commented on this discrepancy.

“In the reporting of Western media, one aspect is completely overlooked or is deliberately withheld. This is the military fact that the main Ukrainian forces in the east of Ukraine were encircled and are about to be destroyed. Although this costs the Russian groupings time, it will be completed in the next few days. Subsequently, large parts of the Russian army will be ‘free’ to shift the territorial gains from the east to the west. In conjunction with the attack groups from the south and north, they will be able to tighten the noose and penetrate deep into central Ukraine.”

Eichberger continued: “It will be difficult for the Ukrainian defenders to withstand the concentrated superiority from Russia in the next few weeks, apart from respectable successes in house and street fighting or in ambush attacks. The Ukrainians are defending their country, their soil and their people, which is why the resistance is more stubborn and fierce than expected for the Russians.

“But basically the campaign by Moscow is going according to plan. We are currently seeing strong territorial gains in southern Ukraine, where Russian forces are already holding and expanding the strip of land from the Crimean peninsula via the People’s Republic of Donetsk to Russia. The fall of the encircled port city of Mariupol is just a matter of time. 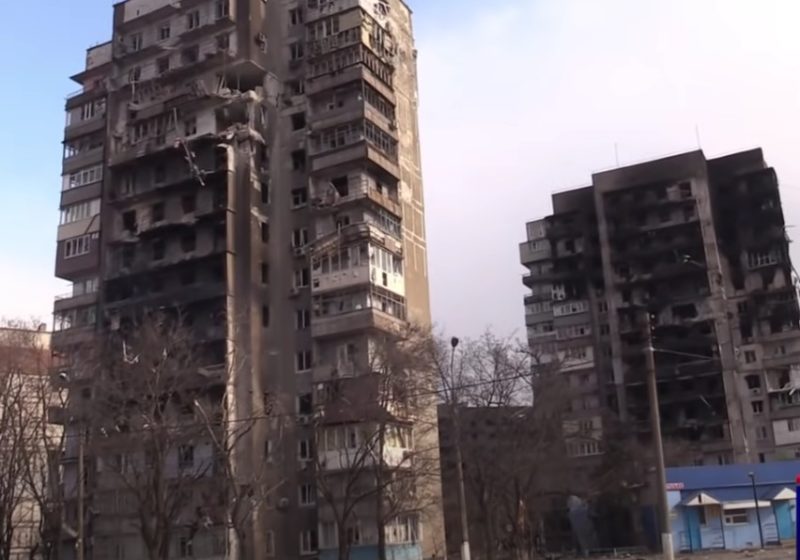 The first report from Mariupol this weekend showed the extent of the damage wreaked on the city. Although some civilians are leaving, thousands, including children, have been hiding in basements too afraid of Ukrainian Azov Nazi snipers. They have been without water and food which many believe is becoming a catastrophic situation. The Azov fighters also use civilians as human shields on the lower floors of houses. They themselves hold the defense starting from the 3rd, 4th floor. The floors above and on the roofs housed snipers, spotters, MANPADS and mortar crews. Screenshot from YouTube

“Russian units are already advancing north-west towards Odessa and north into central Ukraine. On Sunday night, Russian rocket troops struck a barracks in Nikolaiv in southern Ukraine, the capture of which is considered the gateway to Odessa. Furthermore, yesterday’s use of a hypersonic missile ‘Kinzhal’ against an underground ammunition depot owned by the Ukrainian Air Force in western Ukraine showed that Russia is ready to once again step up warfare.”

US military leaders in EUCOM must be quite concerned that the Russians hit such sites because Ukraine was unable to raise an alarm warning of an impending attack and was unable to shoot down the missiles. Russia has obliterated NATO bases in Yavoriv, Delyatyn, Mykolaiv and Zhytomyr in Ukraine.

The supersonic weapons were allegedly launched from the Caspian Sea. This also illustrates that underground facilities, even nuclear shelters, will not withstand the destruction these weapons are able to inflict. NATO and EUCOM have meanwhile scrubbed their websites of all references to bases in Ukraine that hosted NATO and US forces. 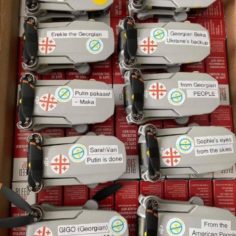 These are drones sent by the inhabitants of Georgia to Nazi Ukraine. Due to Western propaganda, the war is being personalized as a war against “Putin” just like the war in Syria against “Assad”. Millions of people are suffering from this childish depiction of reality however. Telegram

The far-reaching territorial gains of the Russian army stand in contrast to the cartographic representations of western media.

Over the weekend however, the course of the front hardly changed. Nevertheless Russia, due to its intelligence and information capabilities and advanced long-range precision weapons, is causing enormous damage to the enemy. Therefore, the situation at the front is determined by technological superiority. That may be why the Ukrainian military from the 14th motorized rifle brigade of the Armed Forces of Ukraine massively laid down their arms in the Kopyliv area west of Kiev.

Russia has not officially declared war on Ukraine even as heavy fighting rages. From the point of view of international law, it has been “a special operation”. Russia has a law prohibiting the disclosure of losses in peacetime. Therefore, losses remain estimates and they may be higher than those communicated since urban warfare with limited troop deployments are costly in lives.

If Russia decides to inject more factual evidence regarding the nefarious activities of biowarfare laboratories in Ukraine into the information space, it will become difficult for US satellites to support the already convoluted American version. In fact, positions on this issue will soon become a kind of measure of the level of independence of a country from the United States.

The Ukrainian leadership has categorically refused to respond to Russian demands for the surrender of the port city of Mariupol. This may become a costly decision for President Zelensky as it is now evident that he has cruelly been sacrificing civilians for his PR campaign.