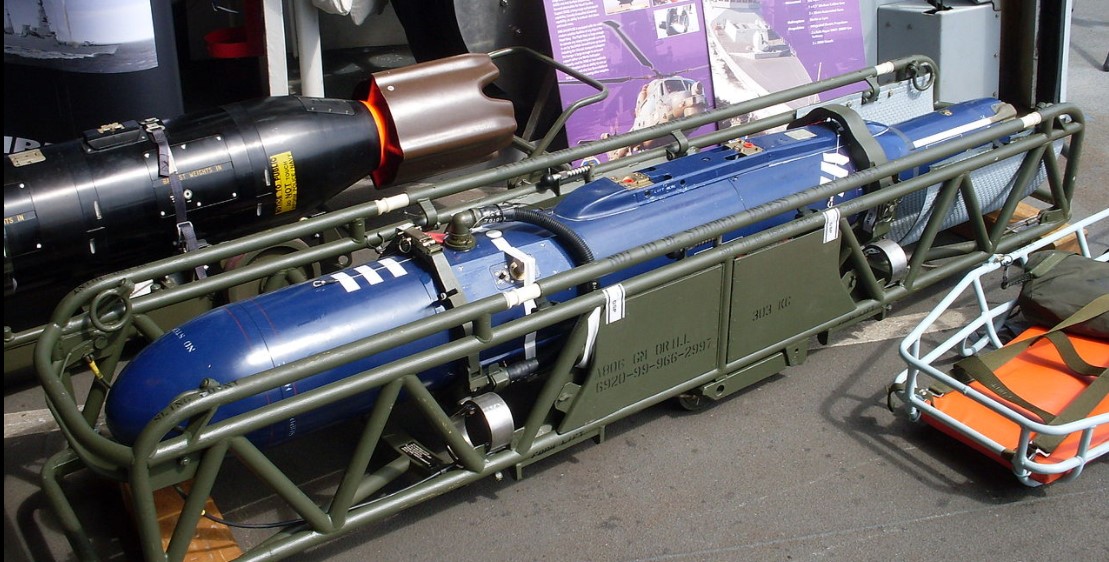 There have been unconfirmed rumors on social media that US Army Major General Cloutier has been captured by the Russian forces in Mariupol.

Intel Slava Z, a Russian Telegram channel, reported earlier that NATO officers from Germany, France, the UK and Sweden were trapped with Azov fighters in Mariupol.

Some frantic efforts to rescue these trapped individuals have been recorded. Two sources confirmed several emergency rescue operations to FWM, with at least three efforts made at very low altitude flying in to rescue “high-value assets”. According to Turkish media, some were French.

Western powers would not like to see NATO commanders or mercenaries eventually paraded with Azov fighters. The optics of fighting for Nazis is not a popular one, for obvious reasons. Moreover, it may signal a larger war. The British were incidentally aiding the Ukrainian Navy while France had trained the air force. According to a report from the Bundestag Wissenschaftlicher Dienst, this means active participation in the war and makes Western countries a legitimate target in terms of International Law, while sending weapons does not qualify as such.

There are even rumors of a captured US general but they could not be confirmed. The general in question is allegedly to the Ukrainian military what Victoria Nuland is to Ukrainian politicians – an instrumental figure.

US Army Major General Cloutier may have been captured by the Russian forces in Mariupol. As an old-school, hands-on military man, he was photographed many times on the ground inside Ukraine before the war, training the Ukrainian Army to NATO standards. In a press conference Cloutier described Ukrainians as his brothers.

Russia has created a real headache for the West by invoking Article 51 of the UN Charter which means preemptive collective self-defense due to the threat posed by NATO expansion, and Ukraine’s eight-year bombardment of the civilians of the Donbass. This happens to be the same article the US used to invade Iraq.

Cloutier was allegedly instrumental in the planned Ukrainian assault on Donbass and such a knowledgeable man would be keen to be on the ground helping to co-ordinate the combined American, British and French intelligence and technical support to Ukraine during the preparation of the assault on Donbass. “His arrogance may also have got him trapped inside Mariupol,” one source pointed out.

Another fact which may point to the importance of those trapped inside the steel plant in Mariupol: According to French researcher Thierry Meyssan, on March 29, 2022, General Eric Vidaud, director of French military intelligence, was dismissed and no official explanation was given. “It seems that in reality, General Vidaud had deployed men on the direct instruction of President Macron’s private staff, in 2021 when he was commander of special operations, to supervise the Azov Banderites regiment.”

“The [French] soldiers of the Special Operations Command are placed for all logistical matters under the orders of the Chief of Staff of the Armed Forces, General Thierry Burkhard, but they take their orders directly from the head of the armed forces, President Emmanuel Macron,” Meyssan explained.

Two of the five Ukrainian helicopters that had tried to flee the stronghold of the Azov regiment, after the Russians had encircled Mariupol, were shot down on March 30. The survivors were taken prisoner by the Russian army and were quite co-operative. Reporters near the scene have meanwhile found items belonging to French soldiers. According to unconfirmed rumours, a second attempt to flee via helicopter has also failed. 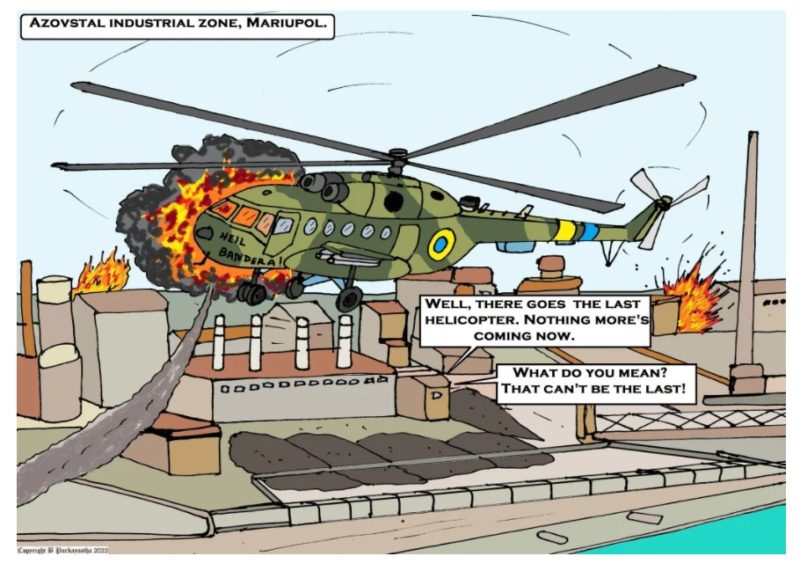 The story of the evacuation of Western advisers from Mariupol became the plot of a minicomic. According to the plot, for them everything ends sadly. Screenshot of minicomic.

Another rumour alleges that General Trevor Cadieu was in charge of a biowarfare facility with 18 staff working under his command. This has not been confirmed by Russian government sources. Canadian sources meanwhile state that Canadian military officials involved with the Azov militants now fear being exposed.

Special operations helicopter pilots are not usually dispatched to exfiltrate mercenaries or even intelligence operatives, unless they happen to be senior CIA, MI6 or Mossad agents, a source said. “Much less would highly skilled and valuable Spec Ops pilots be sent on an ultra high risk mission twice.” Unless of course there happens to be high-level individuals trapped inside the steel plant.

Attacks in the vicinity by the Russian navy is believed to be connected to British Sea Skua missiles being set up, suggesting further measures by the British to ensure that such operatives are not taken prisoner.

“Although Sea Skua is an old system, the British have large stockpiles of them and they can be set up on a ground launch platform and fired from cover, a truck, inside a warehouse. They would make a mess of Russian supply ships and landing craft.”

The British have so far supplied thousands of missiles to Ukraine in the form of NLAWs, and now Starstreak, a short-range man-portable air-defence system. Boris Johnson earlier confirmed that anti-ship missiles would be sent to Ukraine.

An American General, co-ordinating Ukraine’s efforts against Russia together with NATO, could expose the direct military involvement of NATO and therefore its active participation in the war.

War commentator Pepe Escobar is certain that NATO advisers are still trapped in Mariupol: “Yes, there’s an array of NATO honchos still holed up with the Azov neo-Nazis in the bowels of Azovstal. Yet the key is what was going on in this underground eight floors down.”

According to Escobar there is a bioweapons laboratory in a deep bunker in which civilian prisoners of the “Biblioteka” are tortured and possibly exposed to human experiments. “The ‘pit’ may have been a NATO-run underground bio-lab at Azovstal.”

Avostal’s owner Rinat Akhmetov, a Ukrainian oligarch, has been involved in these experiments, said Escobar. Akhmetov is linked to Metabiota, a company in which Hunter Biden’s is implicated. On Hunter’s abandoned laptop there are emails detailing how Hunter had helped secure millions of dollars of funding for Metabiota, a Department of Defense contractor specializing in research on pandemic-causing diseases that could be used as bioweapons.

The question is not that NATO honchos – from France, Germany, UK and “neutral” Sweden – are stuck with Azov neo-Nazis in the bowels of Azovstal.

The question is what they were really up to.

The Russians want clear answers to their questions.