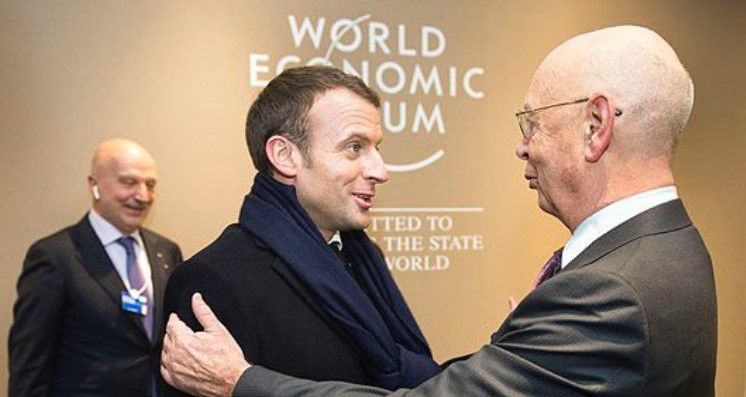 At the end of the second round of the presidential election in France, Emmanuel Macron was re-elected with 58 percent of the votes, according to the first estimates, against 42 percent for Marine Le Pen.

Macron is therefore back for five more years, as reported by the French broadcaster TF1. In 2017, Macron won with 66 percent. The leader of the conservative Rassemblement National got 34 percent at the time.

Despite her defeat, Le Pen was optimistic about the future. She described the number of votes she achieved as a victory. “Today I harbor no resentments and no grudges […]. In this defeat, I can’t help but feel a form of hope,” she said on Sunday night.

Polls among voters who had already cast their ballots by 5 pm had also predicted a Macron victory. In the French overseas territories of Martinique, Guadeloupe and Guiana, voting was already held on Saturday due to the time difference. According to RTBF, Le Pen was ahead there early on.

Le Pen’s advisor, Philippe Olivier, who is a European deputy, noted: “The country cannot be reformed. When you have the mosques, the temples, and the Churches which call to vote against you, it is already an achievement to get 43 percent.”

Meanwhile in Turkey, the chairman of the Vatan party, Doğu Perinçek, revealed that the newly elected French leader has left 50 French officers to die in Mariupol. He spoke about the desperate attempts of the Ukrainians in Mariupol during which several helicopters were shot down when they tried to exfiltrate soldiers trapped in the Azov steel complex. This was not reported by the media ahead of the second round of the elections.

“The French officers will either surrender or die. Macron is obliged to bring this information to the people of France. Why is he hiding it? According to what laws were the French military sent to Ukraine, why should they die there? Macron sent his officers to a foreign country in the name of the interests of the United States and NATO, which are ready to sacrifice not only the Ukrainian, but also the French military.

“The French should have known this before the elections. On the one hand, Macron exuded hostility towards Russia, standing guard over the interests of NATO and sending the military to certain death, on the other hand, Le Pen, who advocated dialogue with Russia and is ready to withdraw France from the military structure of NATO,” up the Turkish politician said.