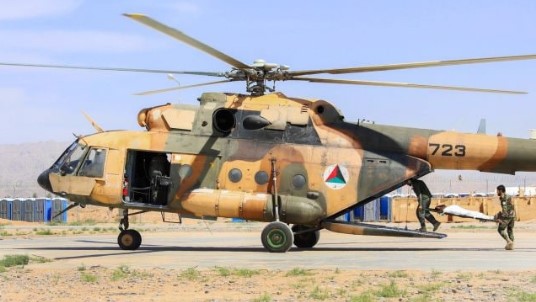 Decision time has come for Russia in Ukraine

The US and NATO are now involved in the conflict. Ukraine is being supplied with heavy weapons and with training in their use. Washington has now arranged to send missiles capable of hitting Russian territory. Clearly, there is nothing limited about the conflict.

The dilemma for Russia is that by confining its military operations to the Donbass region in east Ukraine, Western weapons are accumulating in west Ukraine where it is possible to raise an army to replace the one the Russians are destroying in Donbass. Whereas the Kremlin will succeed in liberating Donbass, it will fail in its goal to demilitarize Ukraine and turn Ukraine into a neutral state unless the intervention is expanded to all of Ukraine.

Additionally, the conflict has also expanded by the request of neutral Finland and Sweden to join NATO. The addition of Finland to NATO would greatly expand the presence of NATO on Russia’s borders, which the intervention in Ukraine intended to prevent.

The Kremlin warned that countries that intervene in the conflict would be treated as combatants, but has failed to take any action. The Russian threat is so disregarded that even militarily insignificant Denmark openly sends weapons to Ukraine. The consequence will be more intervention by the US and NATO.

It was obvious that the Kremlin needed a quick and total conquest of Ukraine to prevent the expansion of the war by Western intervention and to intimidate non-NATO Europe from abandoning neutrality. Instead, the limited Russian action has given Washington months to widen the conflict and to keep the conflict going after Ukraine’s defeat in Donbass. Western propaganda has even succeeded in convincing the Western populations that Ukraine is winning the war.

The Kremlin, it seems, is unable to comprehend that there is no peaceful or diplomatic solution. It was the Kremlin’s false hope for the delusional Minsk Agreement that gave Washington 8 years in which to train and equip a Ukrainian force to retake the Donbass republics. The entire conflict could have been avoided if the Kremlin had accepted the request of Donbass to be reunited with Russia like Crimea. This strategic error by the Kremlin followed a larger and earlier error when the Kremlin stood aside and permitted Washington’s overthrow of the Ukrainian government and installation of a puppet regime hostile to Russia.

I admire the Kremlin’s restraint and disinclination to resort to violence. The question is whether this behavior encourages Washington to move more aggressively with the Wolfowitz doctrine against countries that are obstacles to Washington’s hegemony.

Russia can again sit on her hands, as she did during the previous 8 years, while Washington raises and trains yet another Ukrainian army, or she can deliver a quick knockout blow to Ukraine, replace the government, and hunt down and terminate all Nazi and CIA elements, or she can call it quits. Otherwise, the chances are high that increasing Western intervention will spin the conflict out of control.

The Kremlin sees this itself and warns of the prospect of nuclear war, but does not take the necessary action to foreclose this prospect.

American Armenians call for an immediate end to Azeri aggression

Visit to Syria: Will the refugees in Europe return?

SYRIASyria is now safe except for one province that remains to be liberated, and former refugees are needed to help rebuild the country. That was the message received by Mikael Jansson, Swedish Member of Parliament and candidate for nationalist Alternative for Sweden, when he visited Syria last week. Reporters from Free West Media were included in the official delegation and interviewed several political and religious leaders as well as returning refugees.

‘US may be wrong on number of Russian nuclear warheads’

US calculations of the number of nuclear warheads stored in Russia may be wrong by an order of thousands, said former Secretary of Defense William Perry. Washington does not have accurate information about it, he says.

The Head of State of self-proclaimed Lugansk People’s Republic (LPR) Igor Plotnitsky (pictured) has been forced to resign. His duties have been taken over by Head of the State Security Bureau Leonid Pasechnik. On November 21, armored vehicles rolled into Lugansk at the order of the Ministry of Interior and secured key buildings, assisted by a contingent sent by the neighboring Donetsk People’s Republic (DPR). They proceeded in arresting associates of the Head of State Igor Plotnitsky, accusing them of being agents sent by Kiev. Free West Media's reporter was on site.

It is clear that Syrian opposition leaders expect the US president-elect to frame his Syria policy as a fight against ISIS. Trump’s own transition team is reportedly skeptical of investing anything further in the opposition.

Whether or not Hillary’s War in Libya was a success, it provided arms for the follow-on war in Syria. The tidy thing about that arrangement is that it might not be seen as US armaments that were attacking Assad directly, especially if the area filled up with Libyan fighters.