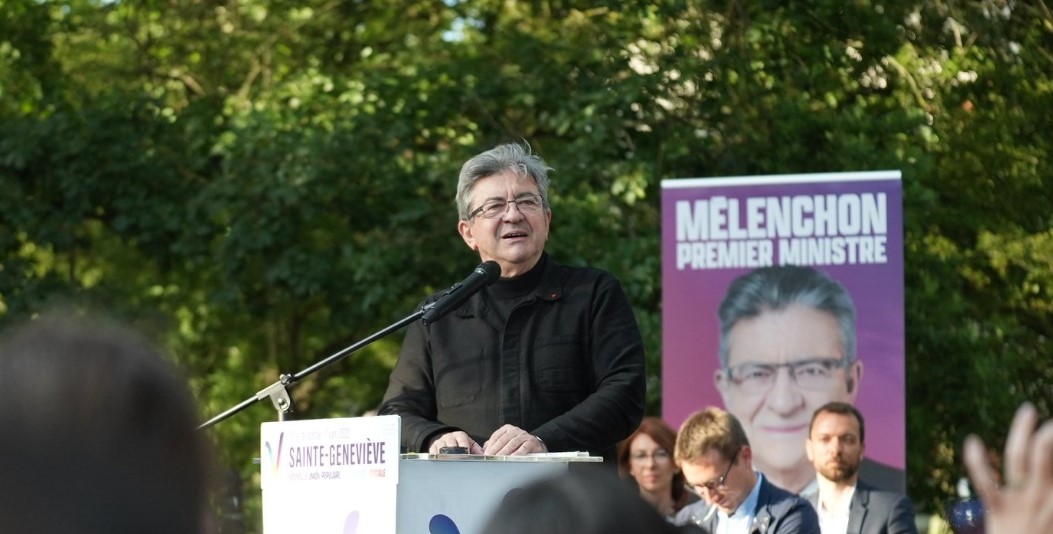 The alliance of leftists, communists, Greens and socialists, forged by leftist Jean-Luc Mélenchon at short notice, is practically tied with 25,66 percent. Marine Le Pen’s Rassemblement National came in at 18,7 percent.

Voter turnout reached a record historic low with 52,5 percent of the French who did not bother to participate in the ballot.

Earlier, Mélenchon announced that his Nupes alliance was in the lead: “The truth at the end of the first round is that the presidential party is beaten and defeated.” He called on voters to turn out in force next Sunday “to reject definitively the disastrous policies of Mr Macron’s majority”.

The composition of the French National Assembly will now be decided in the run-off elections. On Sunday, the difference between Macron’s and Mélenchon’s alliances was only 21 442 votes – out of a total of 48,7 million eligible voters. Due to the special French electoral law, Macron’s “rebirth” could nevertheless win a clear, if not absolute majority.

Le Pen hopes for her own parliamentary group

This is because under France’s majority voting system, which favours the largest party, only the top two finishers reach the runoff. The winner receives the seat to be allocated in the National Assembly. A total of 577 deputies are elected. The absolute majority is 289. By joining forces, the four left parties have now significantly improved their chances.

Election researchers predict 255 to 295 seats for Macron’s party. The Left Alliance could have 150 to 210 MPs. For Marine Le Pen’s Rassemblement National (RN), 10 to 30 seats are possible. The politician hopes to form her own parliamentary group. This would require 15 MPs. Le Pen is going into the run-off in her constituency in Hénin-Beaumont.

In previous elections, the losing parties allied themselves with the RN candidate and supported it. This is expected to happen again in this year’s run-off. For decades, this has made it difficult for the right-wing party to be represented in parliament according to its election results. It only ever has a very small number of MPs. In the last legislative period, it had six, which corresponds to about one percent.