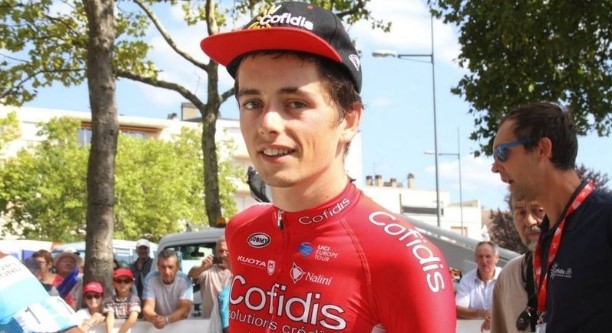 Victor Lafay blames the vaccine for his breathing difficulties. Facebook

Tour de France: ‘A lot of guys have breathing problems’

Victor Lafay (26) dropped out on the 13th stage of the Tour de France, after the Frenchman from Cofidis, who has been tipped as a possible candidate for a win, said that by the sixth stage victory was no longer possible. There are 21 stages in the cycling competition.

In front of the Eurosport camera, Lafay said he could not keep up with the peloton and ended up alone. The interviewer asked him if he was ill. “Yes, I’m ill. I’m not the only one in the peloton. I spoke to Castro [Jonathan Castroviejo, editor] at the start and he told me that he wasn’t feeling well either.”

Lafay added: “He came to me and asked me, ‘Are you sick? Do you also suffer from breathing problems? I have great difficulty breathing. I feel like I’m not getting enough oxygen. I have pain everywhere, in my legs and so on. I have no strength and it’s getting worse with each stage’,” according to the cyclist.

The interviewer asked if it could be Covid. “All Corona tests were negative. Many cyclists feel that way, but they too all tested negative. I’m not a doctor, but many of us have the same ailments and struggle on the bike,” said Lafay.

The French star from Cofidis abandoned his first Tour on Friday between Le Bourg d’Oisans and Saint-Étienne. He had battled to cross the Alps, arrived last but on time at Alpe d’Huez, but then his condition got the better of him.

Exhausted and disappointed, the stage winner on the Giro 2021 had to give up on the next leg of the race, he told le Parisien. “I had no choice but to give up, I wouldn’t have finished on time. At least I’ll be able to recover now. I think I need it.”

He said he saw no improvement in eight days. “It’s the Tour de France, an exceptional race, you must never give up. We tell ourselves that sometimes we can bounce back, get better when we are sick. Well, it’s been eight days and there is no improvement – it’s even been getting worse and worse.”

When asked about the symptoms, Lafay explained: “Even with little effort it becomes impossible to breathe. I talked about it with the peloton – there are many who have it.” The cyclist named at least three other participants with the same complaints and suggested that the Covid vaccine could have caused it.

“We talk a lot about Covid, but there may be something else. In any case, we all have our lungs screwed up. And when the muscles are not oxygenated, after a while they can no longer work.”